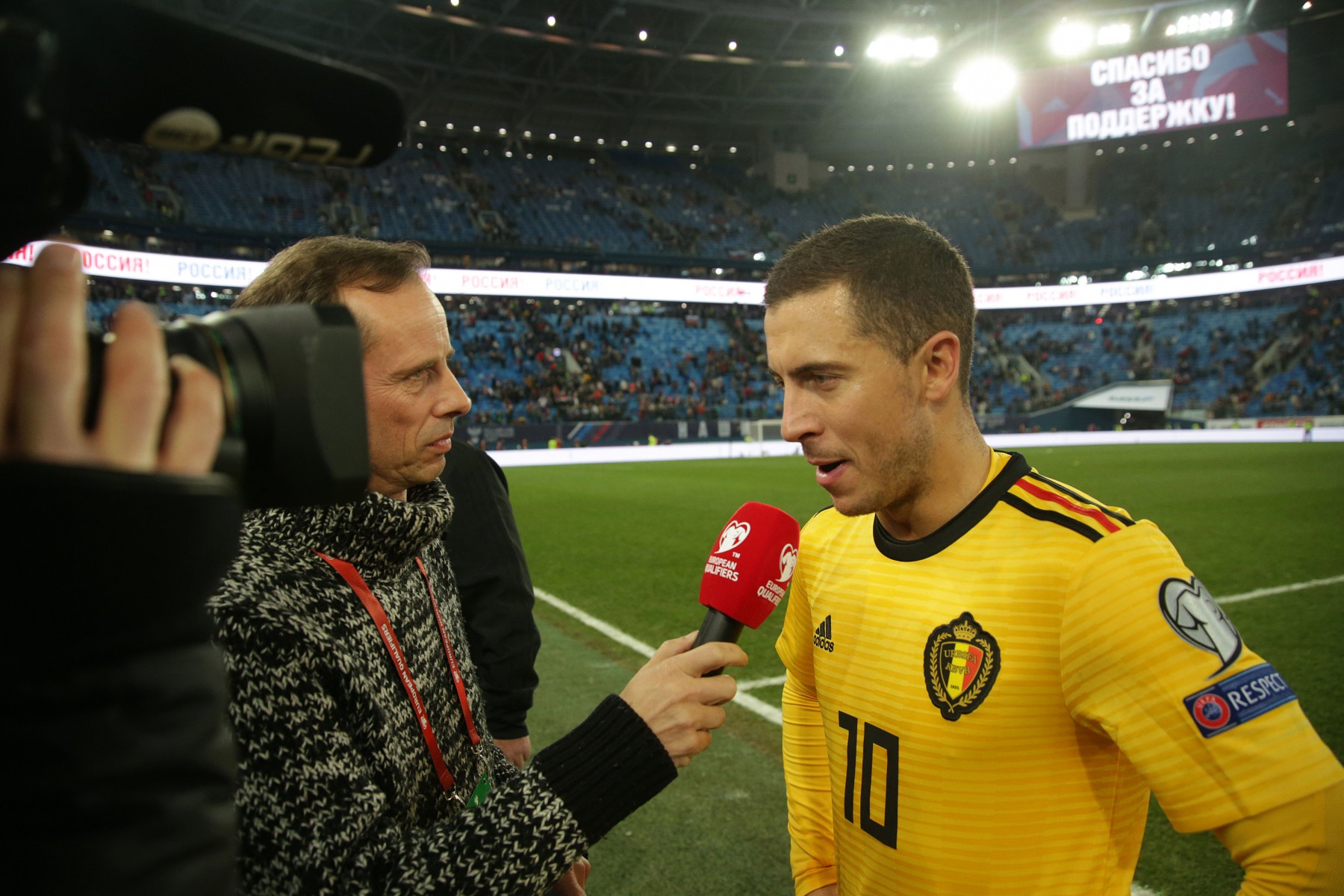 EDEN HAZARD has revealed he follows Chelsea “all the time” and still has friends at the club.

After being a Stamford Bridge legend, the Belgian star is now a fan and has been keeping a close eye since his 88million switch over the summer.

Hazard has been on international duty this week and bagged two in a superb display against Russia, with the Red Devils winning 4-1 in St Petersburg.

Roberto Martinez’s side have a 100 per cent record in Euro 2020 qualifying with 27 points from nine games.

But he gave Lampard’s youthful Blues his seal of approval as they currently sit second in the table on 26 points from 12 games.

Chelsea stars Tammy Abraham, Mason Mount, Reece James and Callum Hudson-Odoi have all been called up by Gareth Southgate for the England squad.

He said: “I don’t know, maybe with two or three more players they will be first.

“It’s nice they play together.

“I still have good friends there and I follow them all the time.

“They are winning at the moment, so I’m just happy for them.”

Real Madrid play Real Sociedad in Saturday’s late kick-off before welcoming Paris Saint-Germain back to the Bernabeu in a bid to avenge their 3-0 defeat back in September.