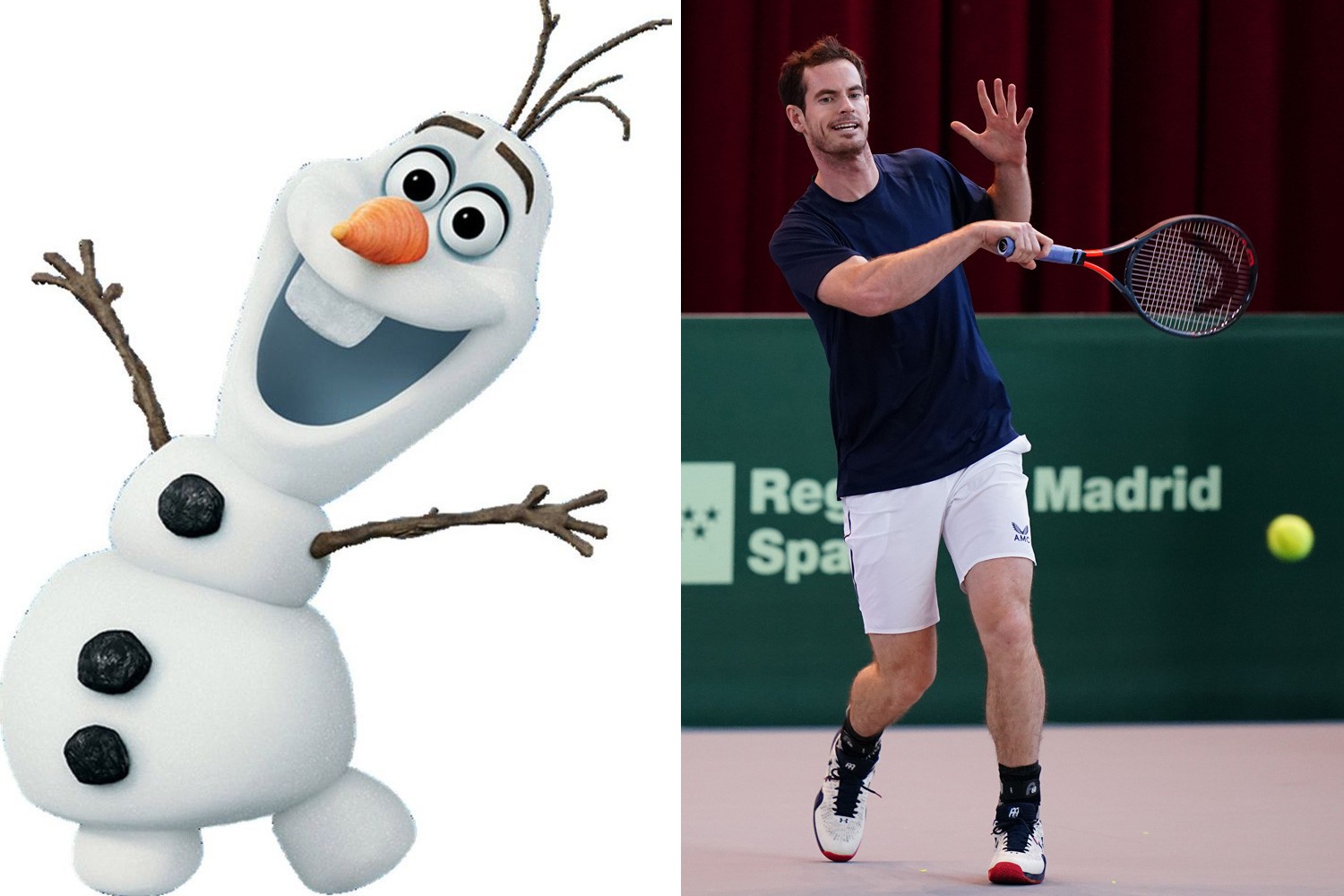 Andy Murray, Kyle Edmund, Dan Evans and Neal Skupski all dropped lines from the Disney musical into their media briefing.

The LTA had challenged the squad ahead of the release of the Frozen sequel film.

And they went about their task with unerring ease.

In rebuking critics of the tournament, a droll Murray stated: “I think they need to let it go.”

Edmund kept a remarkably similar straight face when harking back to another line of the tune.

He noted: “We’ve just got to do our best, believe, fear will be our enemy.”

Following him, Evans insisted that his and Murray’s strong work in practice would mean they “can’t hold back anymore” when facing their rivals.

The 29-year-old insisted: “We just have to be the player that we always have to be.”

Here's how they got on

Eagled-eyed fans of Frozen will, of course, know that the real line from the film is “the good girl that we always have to be” – but that might have been a touch too hard to fit into a tennis press conference.

Up first in Madrid are Kazakhstan on Wednesday before GB take on the Dutch the day in a ramped up tournament.

If they progress, Friday will see the quarter-finals take place before the semi-finals and final on the weekend.