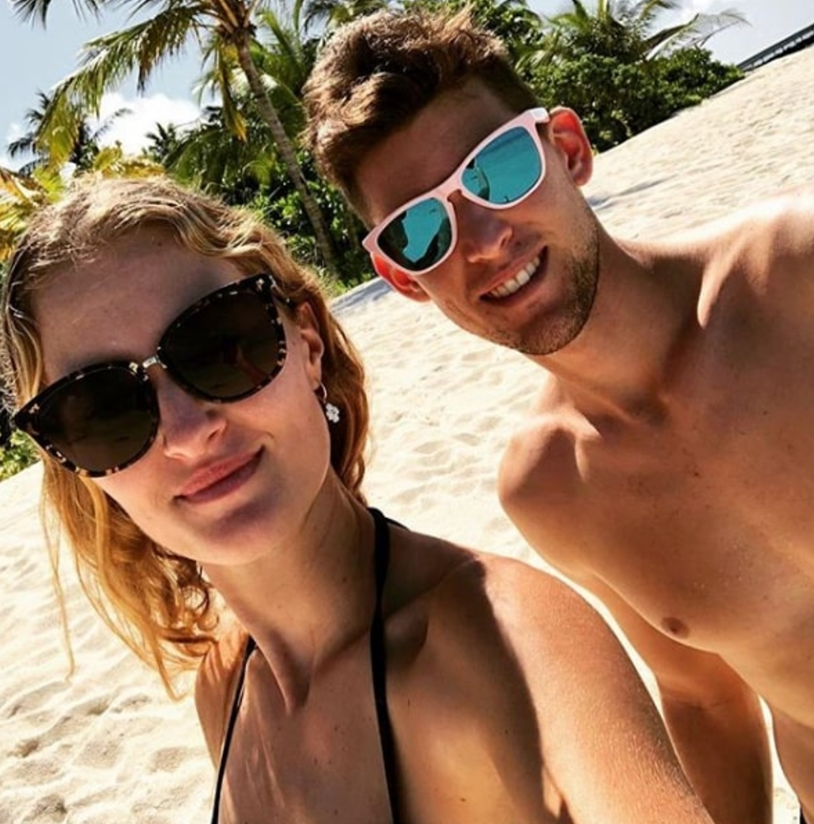 Tennis’ power couple got to know each other midway through 2017 and the relationship became official in 2018 when Mladenovic appeared in his box at the French Open.

They have since packed Instagram with loved-up photos – but now reports in Austria claim it could all be over.

One story in the Krone newspaper read: “There have been rumours circling around London that he [Thiem] had split from his girlfriend Kiki Mladenovic even before the Masters run to the finals.

“He has hidden it out of respect for the newly crowned Fed Cup winner. That makes him an even more likeable person.”

Stefanos Tsitsipas became the youngest debutant winner of the ATP Finals for 41 years when he beat Thiem, 26, at London’s O2 arena last Sunday.

Thiem’s dad Wolfgang spoke of his son’s relationship with 26-year-old Mladenovic during the event.

He said: “They do not spend too much time together – even if there are combined tournaments that allow them to meet.

“She has a lot to do with the French team for the Fed Cup in Paris. They celebrate the title. Very happy for her.”

Wolfgang was referring to France’s Fed Cup triumph over Australia in Perth on November 10.

Speculation about the pair’s relationship went into overdrive when Mladenovic was not seen with Thiem’s people in London.

But it appears the reason could be she was still celebrating her own triumph from Down Under.

Indeed, it wasn’t until last Tuesday – November 12 – that Mladenovic was back in France posing for photos with President Emmanuel Macron.

However, that did leave enough time to hop across the Channel and see him in action.

There has been no official word yet from either of them about their relationship – and whether it remains intact.