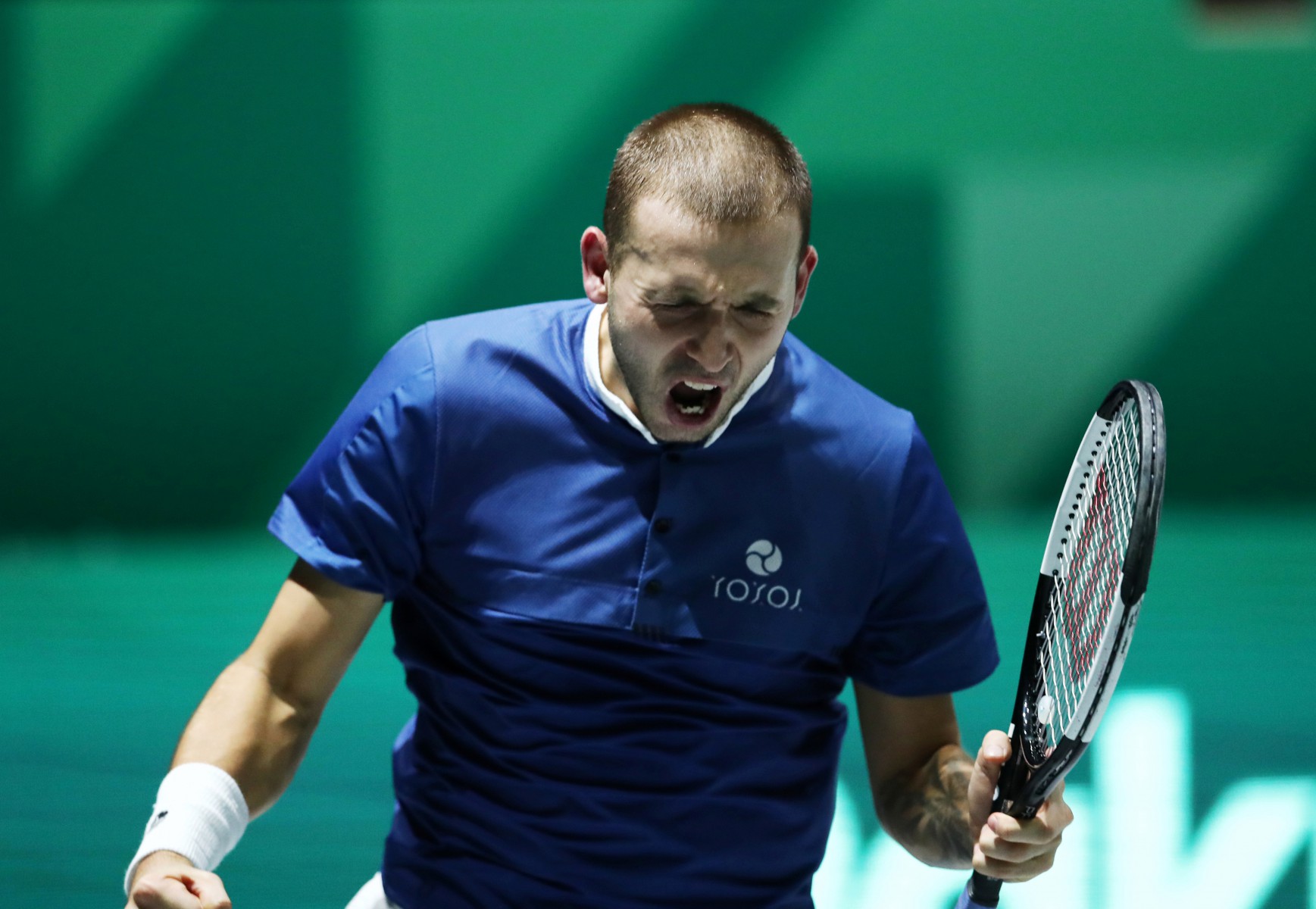 HEROES Kyle Edmund and Dan Evans guided Britain to the Davis Cup semi-finals and proved there is life without Andy Murray.

With star man Muzza unavailable for this tie, it was the turn of the other Brits to step out of his shadow and produce the goods in Madrid.

And they delivered last night to knock out Germany out of a World Cup and how satisfying it is to say that!

The 2-0 quarter-final victory over the Germans means they have reached the Davis Cup last four for the first time in three years.

The five-man squad will bank at least 1.1m and they have qualified automatically for the 2020 tournament in Madrid.

And for good measure, it ruined the 52nd birthday of Boris Becker, who was cheerleading courtside as head of mens tennis for Germany.

Britain could not have wished for a better start to this tie as Kyle Edmund was back to his aggressive, dominant self.

The Yorkshireman, who once reached a high of 14th in the world, has improved recently and look far removed from the guy who lost EIGHT matches in a row this season.

The 24-year-old struck the ball with confidence and precision and his decision-making on the court was of the highest order against Philipp Kohlschreiber.

The big-serving Edmund did not panic when Kohlschreiber had break points.

Edmund said: I thought my level was good. Thursday was good as well.

But sometimes when you play the first match, you are running on adrenaline, pumped to get there.

And as the days go by, the challenge is to keep that consistent. I really did that.

I knew if I kept my energy high, my intensity, my game is in a good place.

Kyle Edmund punches the air after a victory against Germany

Edmunds triumph meant the onus was on Evans, who had lost both his group matches despite winning the first set.

The British No.1 won the tie-breaker against Jan-Lennard Struff and everyone was dreaming of the semi-finals.

Struff, to his credit, fought back and thundered down many aces at Evans to draw level at 1-1.

Edmund reckons Britain have shown this week they can cope without Andy Murray.

The 24-year-old, who has excelled in his two matches in the inaugural finals, believes British fans dont have to worry about the future of the sport in the post-Murray era.

Andy Murray was in the crowd to watch an impressive victory

The Yorkshireman said: For a few years there has been some good depth. Better depth than maybe in previous years.

In our best year we had in Davis Cup, Andy was very much the driving force and doubles was key in that as well. But he was involved in a lot of them.
I mean weve got good solid players in the top 100 now that are competing on the Tour with all these guys that are here. So its not that new to us.

Maybe this is probably the first time weve had some or Leon has had some maybe real selection thoughts.