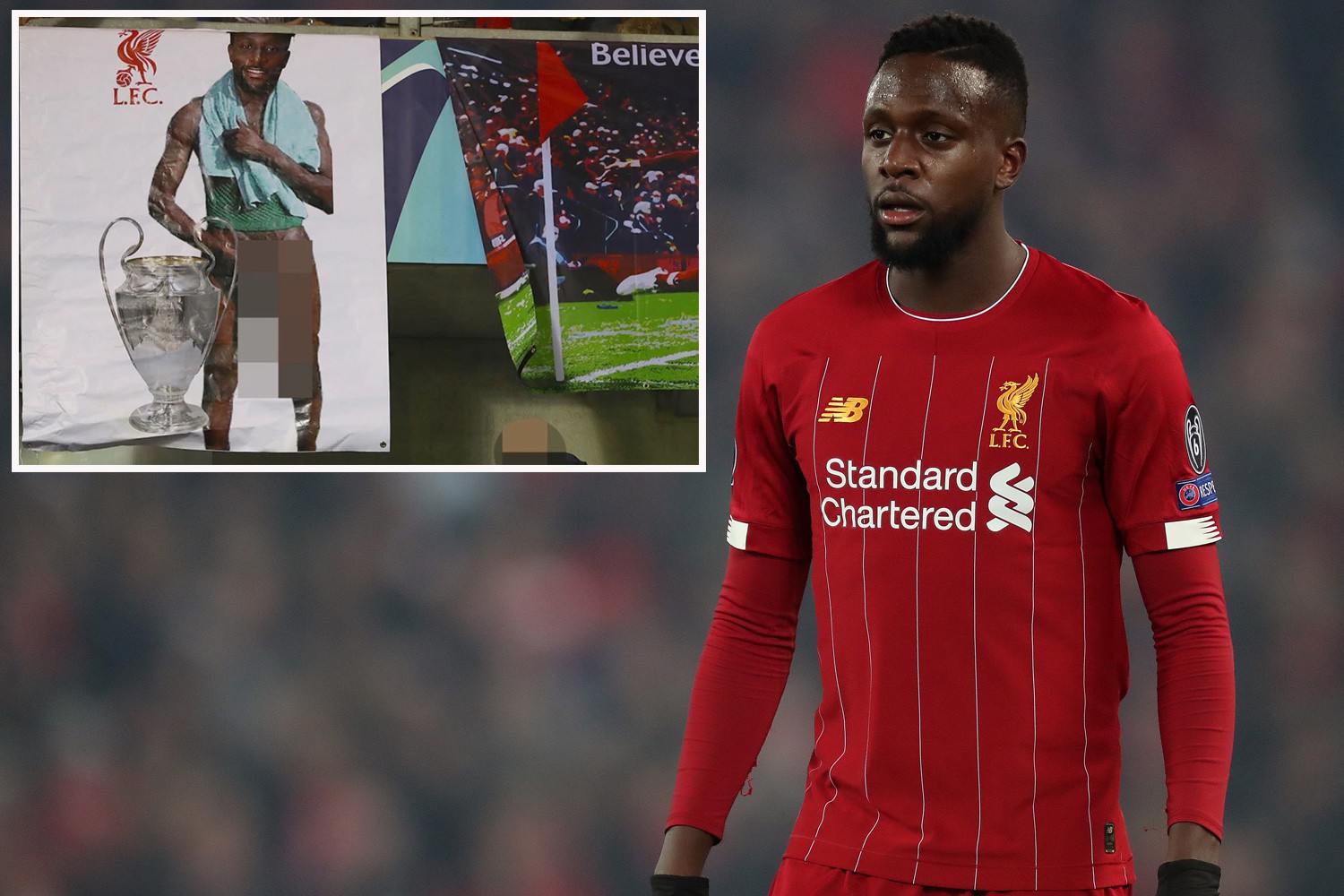 LIVERPOOL have lifted the temporary ban of the supporter responsible for the “racist” Divock Origi banner.

The banner, which appeared in the Champions League match away to Genk, depicted Origi’s head on a naked body, while he stood next to the trophy itself and a Liverpool FC crest.

It was condemned immediately by the club itself, with a statement reading: “This is completely unacceptable.

“Liverpool Football Club condemns the offensive banner displayed in our section of the ground, prior to kick-off.

“We acted swiftly to have the banner removed and we are now working with the local authorities and stadium team in Genk to identify those responsible.

“Any subsequent action will be taken in keeping with our sanctions process.”

The fan was handed a temporary ban, which has now been lifted on the grounds that he has agreed to attend an education course run by anti-racism charity Kick it Out.

Liverpool will not receive punishment from Uefa for the banner, however, as the delegate assigned to the match failed to log it.

Supporters’ group Spirit of Shankly had previously called for education over a banning order: “Spirit of Shankly oppose all forms of racism. The club took swift action in the removal of the offensive banner that perpetuates racial stereotyping.

“Football isn’t separate from society, it is part of it and we all have a responsibility in ensuring people understand there is no room for racism.

“Simply banning people is not the answer. Education and reaffirming there is no place for discrimination in society has to form part of the solution.”

Origi will always be a hero to Liverpool fans after scoring the goal that clinched last season’s stunning Champions League success, their sixth triumph in Europe’s premier competition.

The Belgium international has played his part in Liverpool’s ascent to the top of the Premier League this season – but is yet to score since the opening day 4-1 romp over Norwich.