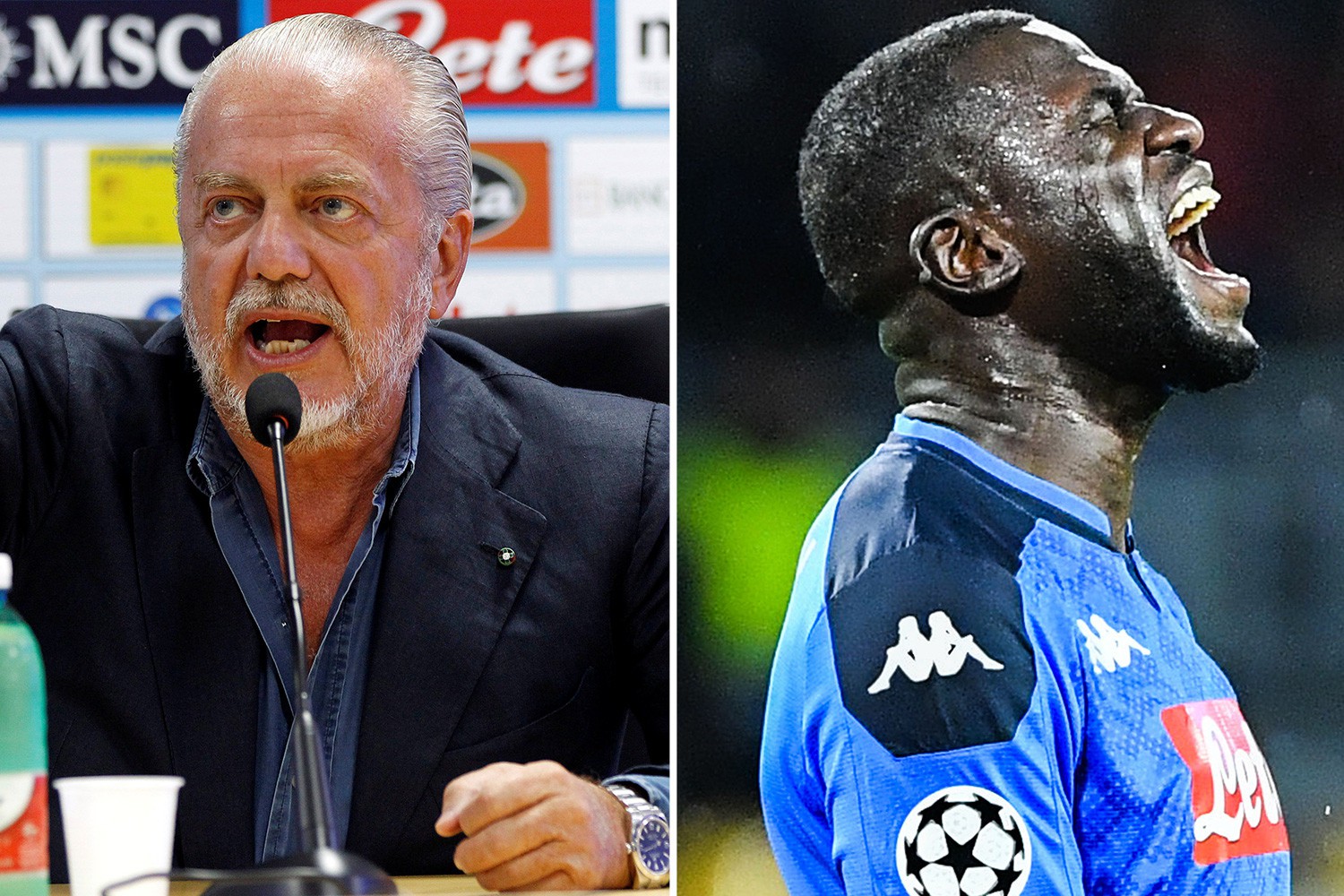 NAPOLI president Aurelio De Laurentiis has pledged to tackle his mutinying players head on – by freezing salaries, docking 25 per cent of wages and selling star names, it has been claimed.

Defender Kalidou Koulibaly – a 90million target for Manchester United in the January transfer window – is among those said to be hit by the stunning measures.

The row erupted at the Serie A club after the Champions League clash with RB Salzburg on November 5.

Napoli players refused to go to a training retreat after this match, and went home instead, which lit the fuse for a civil war.

The club has imposed a media ban, so boss Carlo Ancelotti and the players have been unable to give their side of the story.

Seething De Laurentiis has this week told the Italian press that he plans to put a freeze on the players’ October wages.

He has started a legal bid to cut a quarter of the players’ salaries.

The players could sue the club in retaliation to De Laurentiis’ shock measures.

They are believed to be seeking legal action to counter De Laurentiis’ actions.

That could trigger a quick bid from United to get Koulibaly.

The contracts of Mertens and Callejon end next June so they seem certain to be shipped out in January.

In a shock move, De Laurentiis could also sack Ancelotti and bring in Gennaro Gattuso as caretaker.