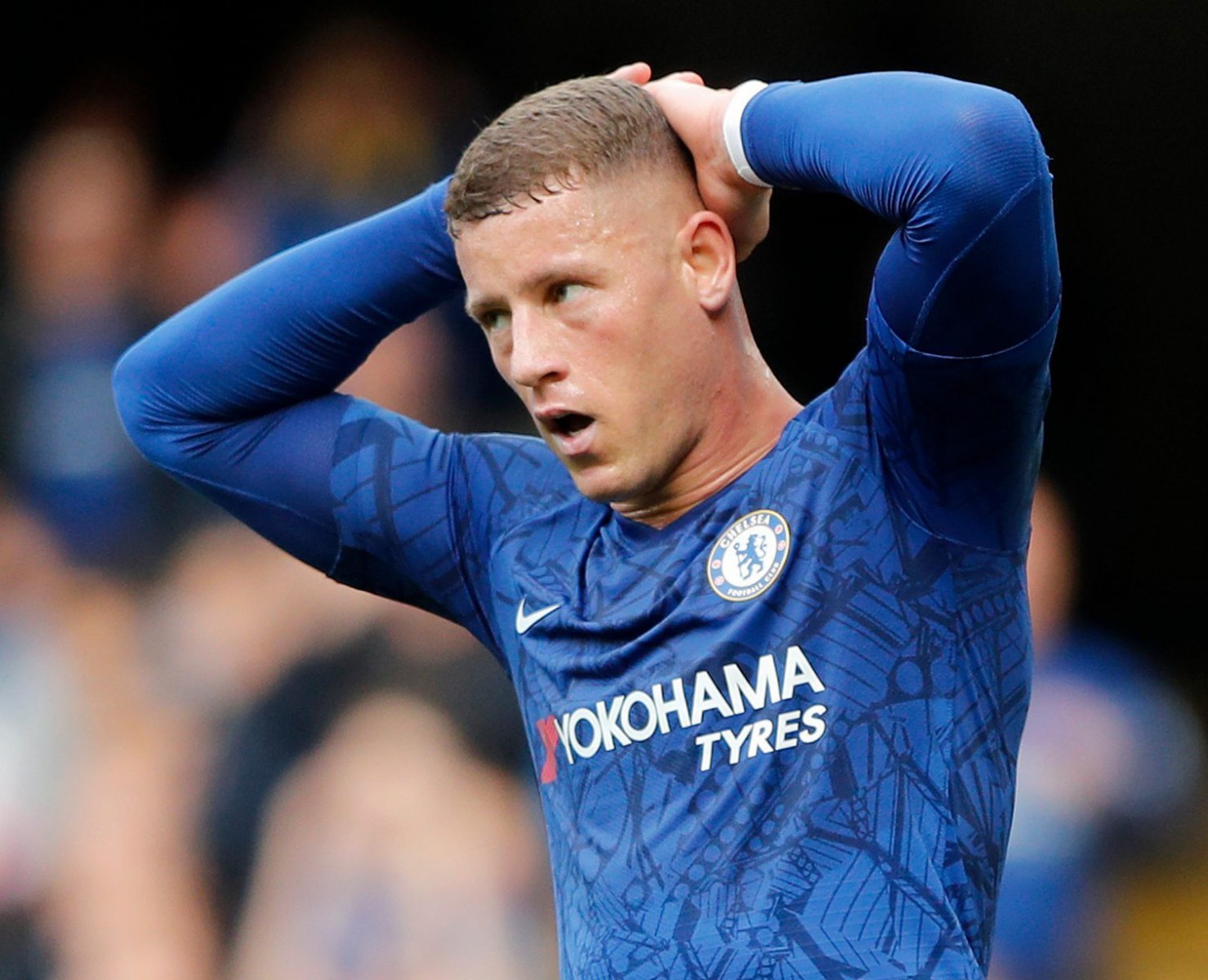 ROSS BARKLEY has risked the wrath of Chelsea boss Frank Lampard after being filmed topless in a Dubai nightclub.

The Blues midfielder, who pulled out of England duty with an injury, headed over to the Middle East during the international break.

He then seemed to be drunk as he went dancing shirtless in a club.

Barkley, 25, could be in big trouble with Chelsea boss Frank Lampard, who has introduced a harsh fine system to improve the discipline of his stars.

It follows Barkley’s spat with a taxi driver over spilled chips in Liverpool recently.

Following the argument, the former Everton star was allegedly taken to a cash machine by police officers to ensure the taxi driver was paid.

Barkley had been given permission by the West London club to go on holiday to Dubai.

The midfielder has been out of action for the last month with an ankle injury.

His actions in the Dubai nightclub – revealed by the Daily Mail – are sure to give Chelsea more unnecessary attention.

He was filmed by an onlooker, who uploaded the dancing shirtless football star onto social media.

He could now face the wrath of Lampard.

Although alcohol is illegal in most of Dubai, you can drink in some hotels, bars and nightclubs.

After Barkley’s clash with the taxi driver in Liverpool, Lamps defended his 15million star.

He said: “The lads were given a day off. He doesn’t need permission to be in Liverpool.

“And he hasn’t committed a crime other than eating chips in the back of a cab, which is probably a bit out of order for the cabbie, but what he has done is be naive to be out on that evening in the build-up to a Champions League game.

“On a professional level, those are things that shouldn’t happen.

“I like Ross. I’ve had absolutely no problem with him since he has been here.

“He works hard and wants to do well for this club. He admitted to making a mistake. I will take that at face value and we move on.”

But his latest actions are sure to test the patience of his new boss which is wearing very thin.

Lamps has made it clear he does not suffer fools gladly as a rookie boss.

He has imposed 20,000 fines for players who turn up late for training.