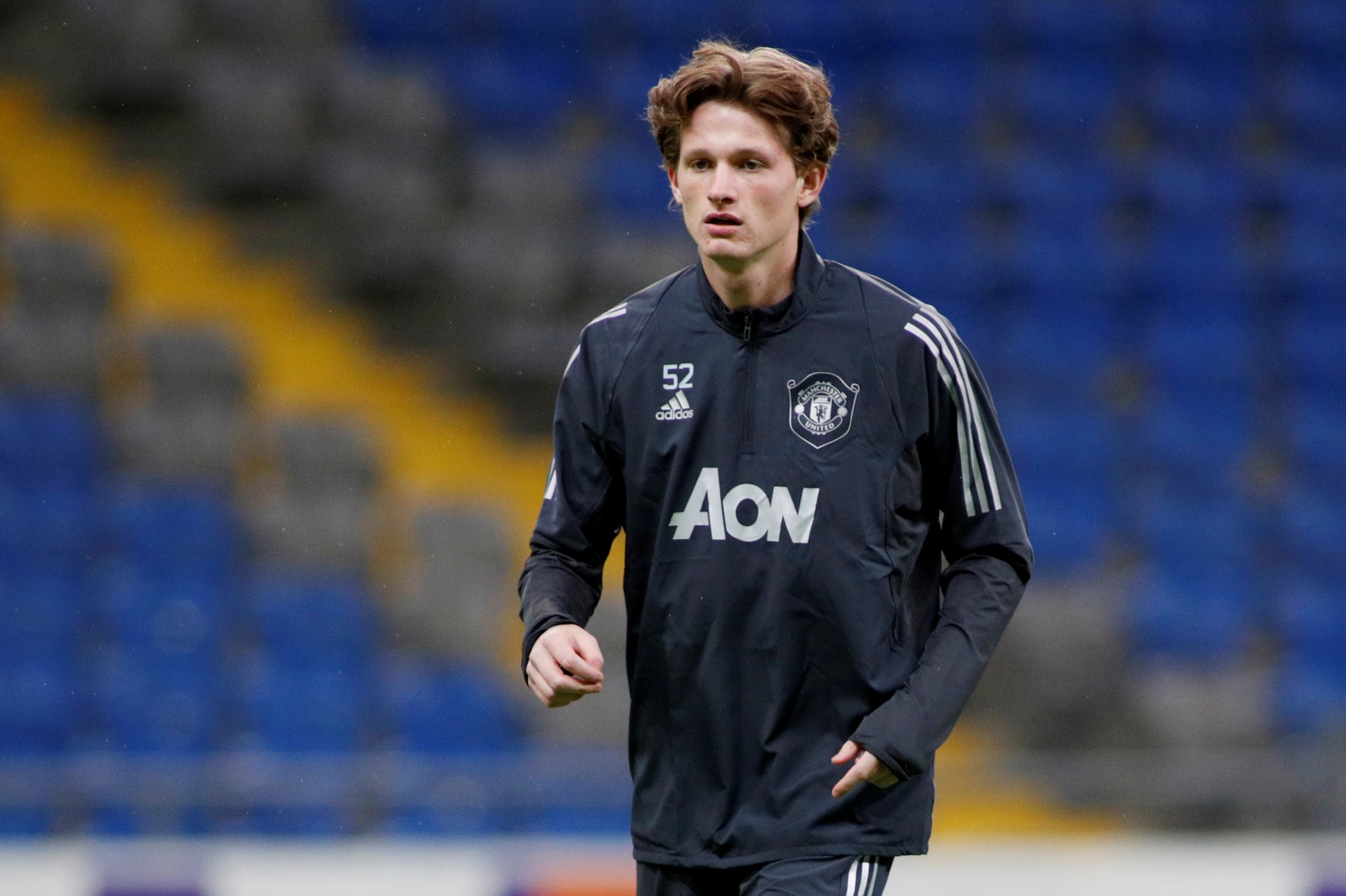 OLE GUNNAR SOLSKJAER hailed Max Taylor as an inspiration as the teenager prepares to make his Manchester United debut in Kazakhstan tomorrow.

Taylor has recovered from a battle with testicular cancer to take his place in the Red Devils squad for the Europa League tie against Astana.

And Solskjaer said: It’s a fantastic story, to see him coming back.

I met Max very early after I got the job and to have seen his journey back to full fitness and the way he’s conducted himself, it’s something he’ll always have with him.

He’s been through something no one should have to go through but he’s come through the other end, he’s an inspiration to others.

He’s had fear in his life but there’s no fear on the pitch.

The 19-year-old Manchester-born academy graduate admits he thought his career would never get to this point during gruelling bouts of chemotherapy and operations.

But after almost a year sidelined the defender returned to training in September and will take to the field against Astana tomorrow.

Taylor said: I always had a mindset of that there’s no way I’m not going to be alive after this.

“But I think the message that I want to get out to everyone is it is possible – and it is possible to do more than what I’ve done after you’ve gone through such trauma.

“It is possible to get back wherever you want to go.”

The 19-year-old will be one of four young players making their first appearance for United with the club already qualified for the knockout stages of the competition.

Dishon Bernard, 19, Ethan Laird, 18, Dylan Levitt, 19 are all expected to start while Taylor will come on off the bench in the second half.

It will also give Solskjaer a chance to give some experienced players who have been out with injury like Luke Shaw some game.

Lee Grant, 36, will also make his first start for the club in goal.

Solskjaer said: We’ve done great to qualify after four games so this gives us an opportunity to give game time to the experienced lads who need it like Axel Tuanzebe, Luke Shaw and Jesse Lingard whove not had too many games.

It’s a great chance to give Lee his first start.

Lee is the most professional athlete you will see and to give him his first start is fantastic and I’m looking forward to it.

The supporters will obviously be disappointed not to see the big names for United Solskjaer has predicted they will witness players at the start of a great journey.

He said: You might be seeing the start of something special and I hope it’s worth it.

This is a big challenge for these boys and its going to be a good game of football.

While temperatures here could be as low as minus 20 C for this game the stadium is enclosed and heated to 15 degrees.