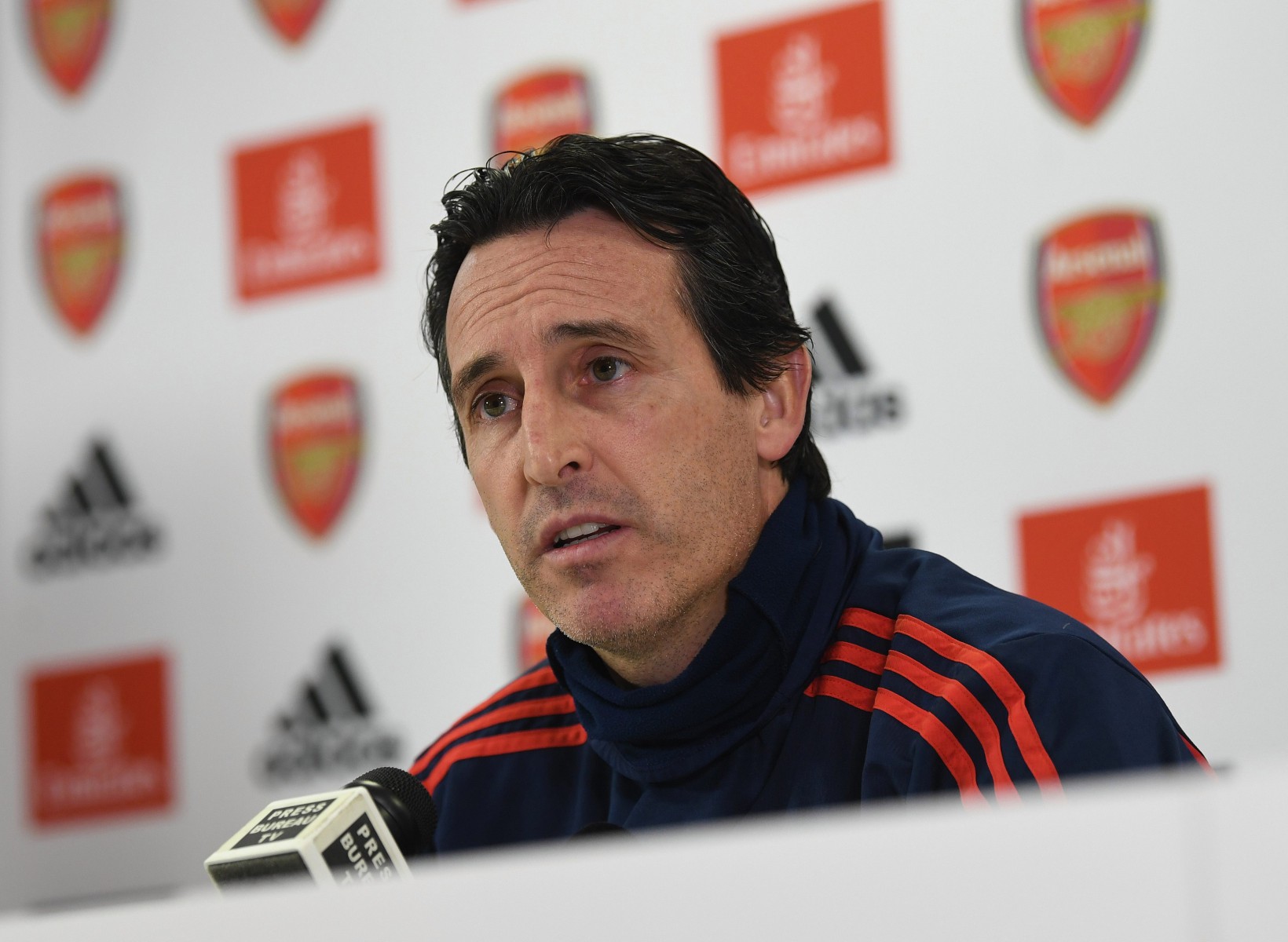 UNDER FIRE Arsenal boss Unai Emery has admitted that his players lack confidence – while urging supporters to get behind the team.

Emery also confirmed that controversial former skipper Granit Xhaka is back in contention for the Europa League clash with Eintracht Frankfurt tomorrow night.

The Gunners go into the clash sitting top of Group F in the Europa League – with a win enough to win the group with a game to spare.

But a victory may be a tall order, given that Emery’s side have not won since the scraped 3-2 triumph over Vitoria on October 24.

Speaking ahead of tomorrow’s game, the Spaniard said: “We are doing a very good job in this competition but we need to make sure of our first position in the table. Our second objective is to win and take confidence as well as connect with our supporters.”

With pressure surrounding his future amid the dreadful recent displays, Emery begged the supporters to get back onside with his underperforming team.

He said: “My future is today and tomorrow.

“We know the last match we were disappointed and the supporters also. 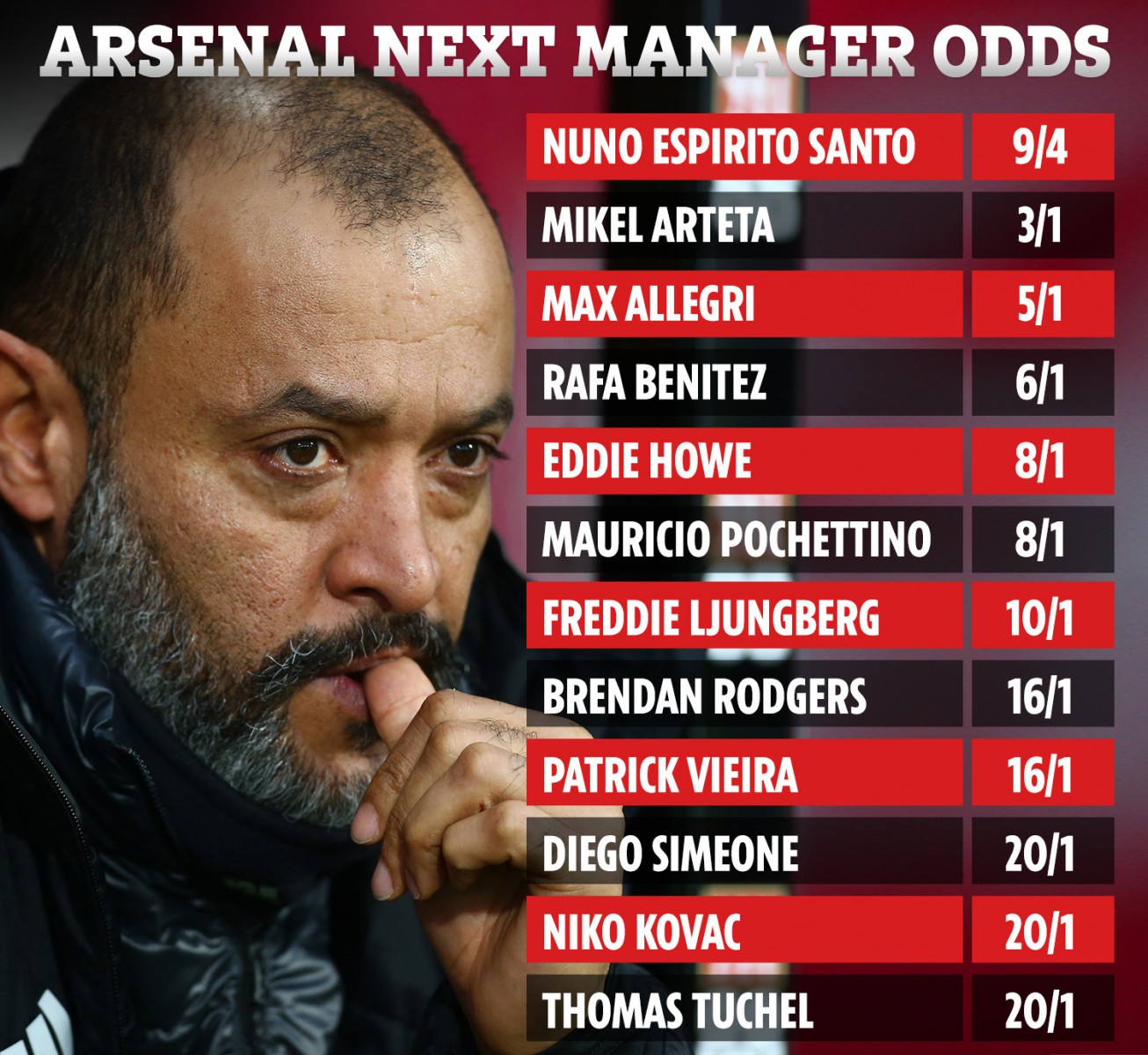 Some teams are coming here fearless.

My wish is tomorrow every supporter helps the team and helps the players.”

There are expected to be tens of thousands of empty seats at the Emirates, as disillusioned fans vote with their feet.

And of the fans, Emery went on to say: “They are angry and disappointed, as well we are. We have a very good opportunity to do that.

Each match here in the Emirates is very important for that… The players need to feel backing them.

Granit Xhaka hasn’t featured since telling fans to “f*** off” against Crystal Palace on October 27 – an x-rated rant that saw him stripped of the captain’s armband.

But amidst transfer links to Newcastle and both Milan clubs, Emery confirmed that Xhaka is back in contention: “Hes in the group and he has the possibility to play. I hope every supporter supports him. Xhakas comeback is going to be important for us.

Arsenal’s season has been overshadowed by rumoured divisions in the dressing room, but Emery insisted that the players are behind him: “Yes of course. They show that. 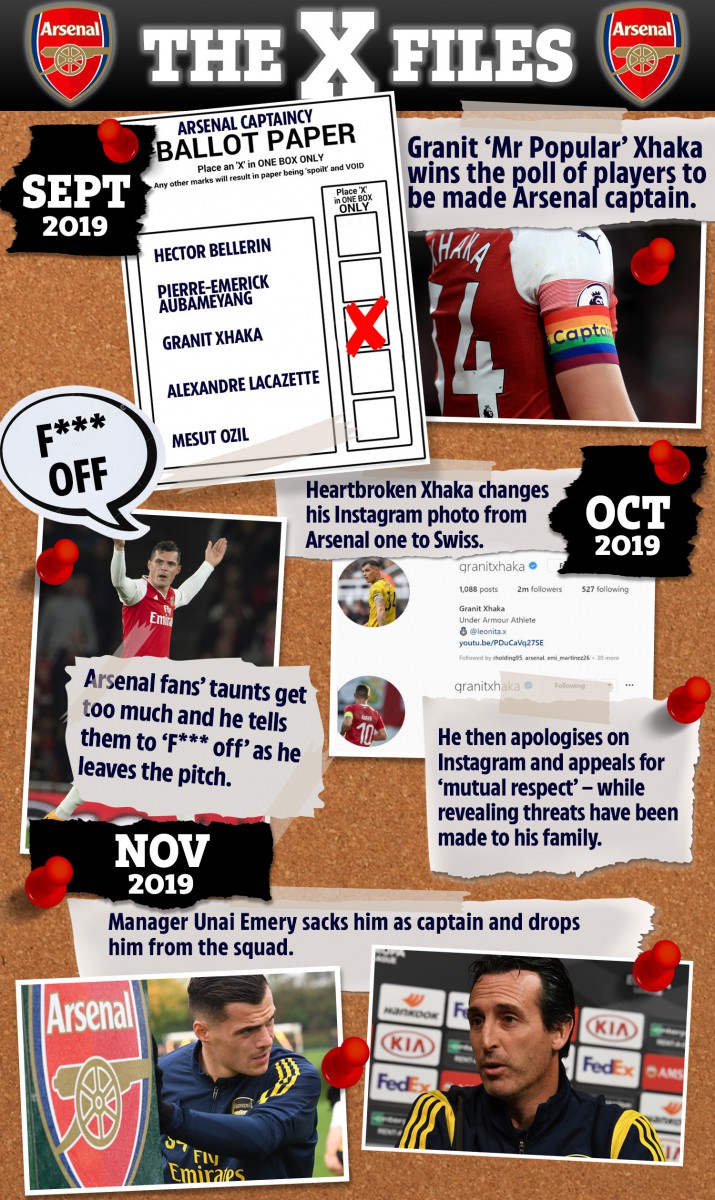 “As a coach each moment in my career is difficult. This is a very good but very hard job.

When you are winning you feel the support for everybody.

I believe in us, I believe in the players. I know I am going to work very hard to come back to the performance.

I am looking forward to playing tomorrow. The good moment, the bad moment the most important for me is to show my work.

Our confidence depends a lot on how we can feel in our stadium with our supporters. Teams are coming here playing fearless. We need to be strong and together. We need to show our supporters our capacity and skills.

Arsenal are reportedly lining up Wolves boss Nuno Espirito Santo as a potential replacement for Emery in the Emirates hotseat.