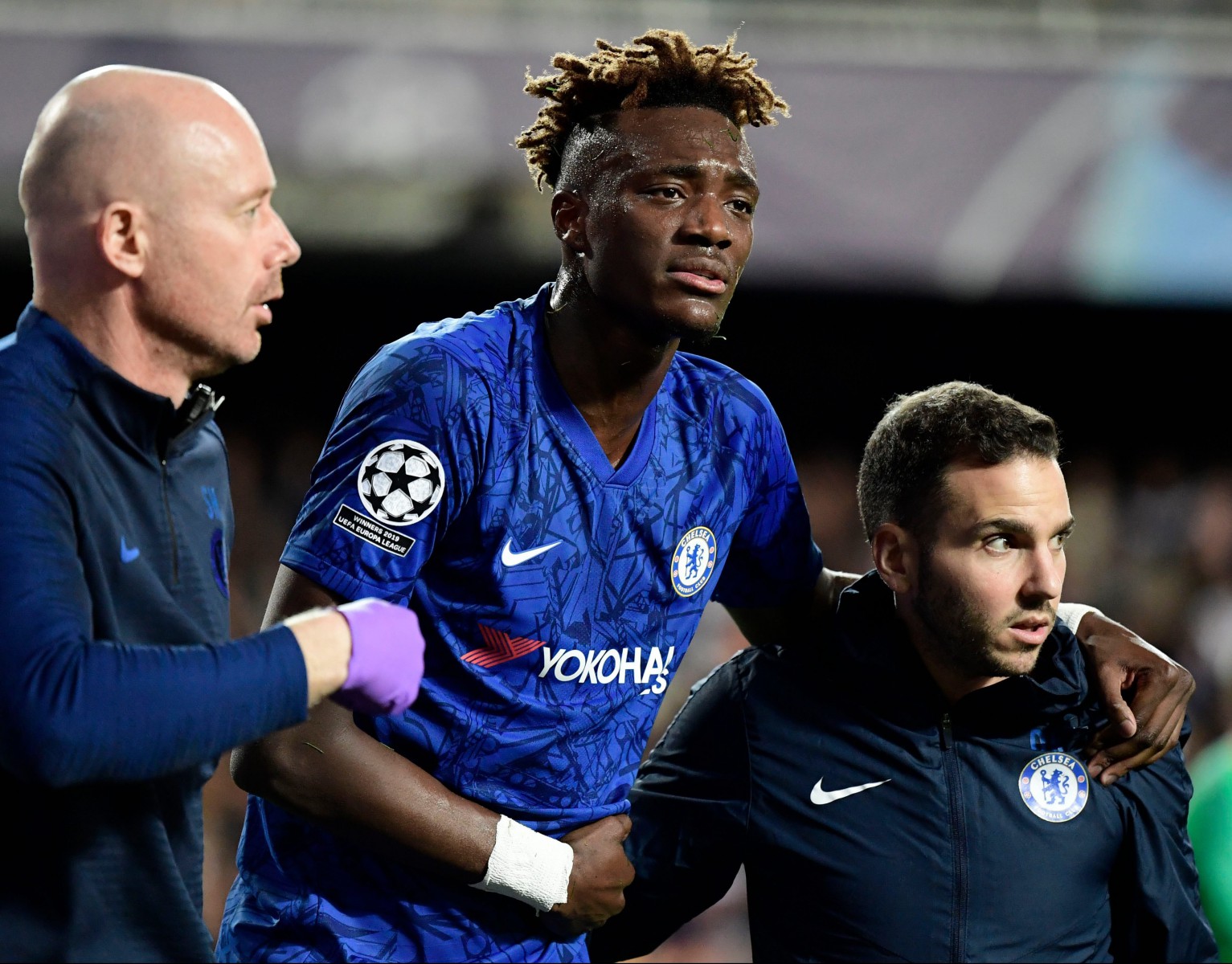 TAMMY ABRAHAM has revealed he watched the second half of Chelseas 2-2 draw at Valencia on a delayed stream in the changing room.

The Blues treated fans to another thriller as they bagged a point in Spain to leave them on the brink of the Champions League last 16.

But Chelseas defence was at fault again as Valencia levelled through Daniel Wass.

Despite the late goal, the Blues were pleased with their point and know that victory over Lille next month will book their place in the next round.

However, the game was overshadowed by an injury to striker Abraham on the stroke of half-time.

The England international crashed onto a Valencia players boots after being hauled down mid-air.

And he ended up needing to be stretchered off the field, unable to walk any further while clutching his midriff with a grimaced face.

However, its reckoned that Abrahams injury isnt as bad as first feared.

And the 22-year-old, who has scored 11 goals this season, claims he was well enough to watch the rest of Chelseas game on a delayed mobile stream from the dressing room.

Abraham said: It was an incredible game. I went in the changing room and was watching on my phone, but it was a few minutes behind.

I could hear everything from the fans, the reactions and all sorts, and I was just watching it and just shaking.

I wish that I didnt get injured and that I was still out there.

Its much better than when it happened. At the time I was fearful of the worst.

But it was so much better when I got in. I was able to walk and move about.

It was a knee to my hip area, so hopefully its not too serious.

Abraham also heaped praise upon Kovacic after the Croatian scored his first goal, adding that everybody was pleased to leave the Mestalla with a crucial point.

Abraham explained: We are pleased with a point. We knew coming here was never going to be easy.

We had to stick together, even though it looked like we had won the game at the end when Christian scored.

But theyre a top side and they created a lot of chances. But now its in our hands to just go out there and win the next game.

I was very pleased for Kovacic. Im not sure about the celebration, but everyone was delighted for him.

He deserves it, he played outstandingly, the goal just tops it off. Everyone gave a great performance, so a good result at the end.

Its a massive one. For me its always been a dream to play in the Champions League and I dont want it to end in the group stages.

I want to push on further and Im sure all of us want to as well. Its good that its in our hands back at the Bridge.