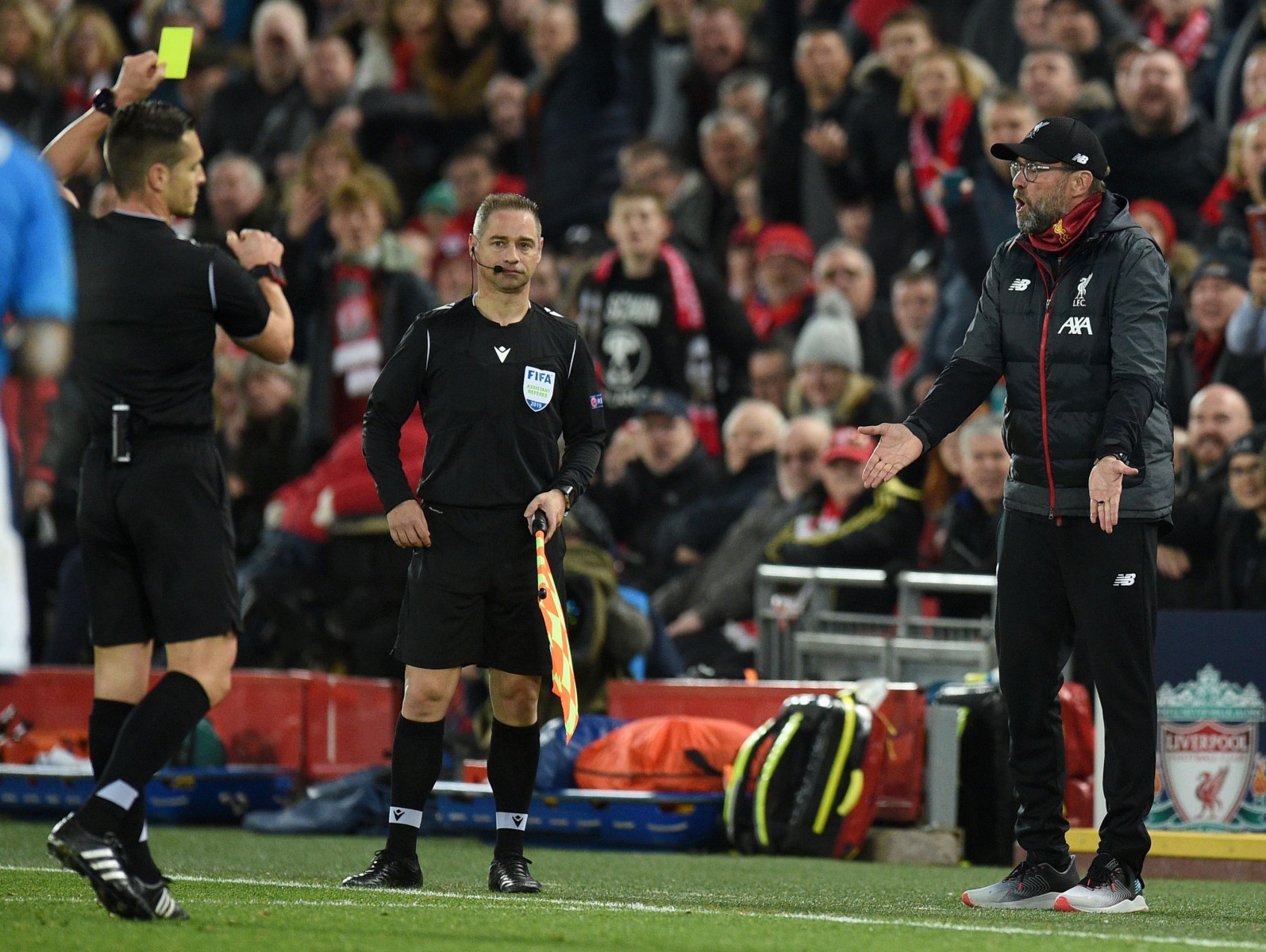 JURGEN KLOPP has revealed what he said to the referee that earned him a yellow card in the draw with Napoli.

The German boss was agitated on the touchline particularly throughout the first half after Dries Mertens gave the visitors the lead.

Klopp, managing his 100th European game, was left frustrated with the official on two seperate occasions when he denied players from taking a quick free-kick.

The Liverpool gaffer took exception to the decisions and called out the ref which resulted in him being booked.

Explaining what happened after the contest, Klopp said: “I said [to the referee]: ‘Dont do that.’

“He stopped the game twice and made a big fuss. There was an opportunity for both teams to have a quick restart but twice he [intervened] and had things to say [to the players].

Klopp was in a happier mood at the full-time whistle thanks to Dejan Lovren’s header that secured a crucial point.

But it means they still need at least a draw away at Red Bull Salzburg to ensure their qualification into the knockout round.

The German boss will now be sweating on the fitness of Fabinho after he limped off with an ankle injury on 19 minutes.

Next up for the title-chasers is a home tie against Brighton.