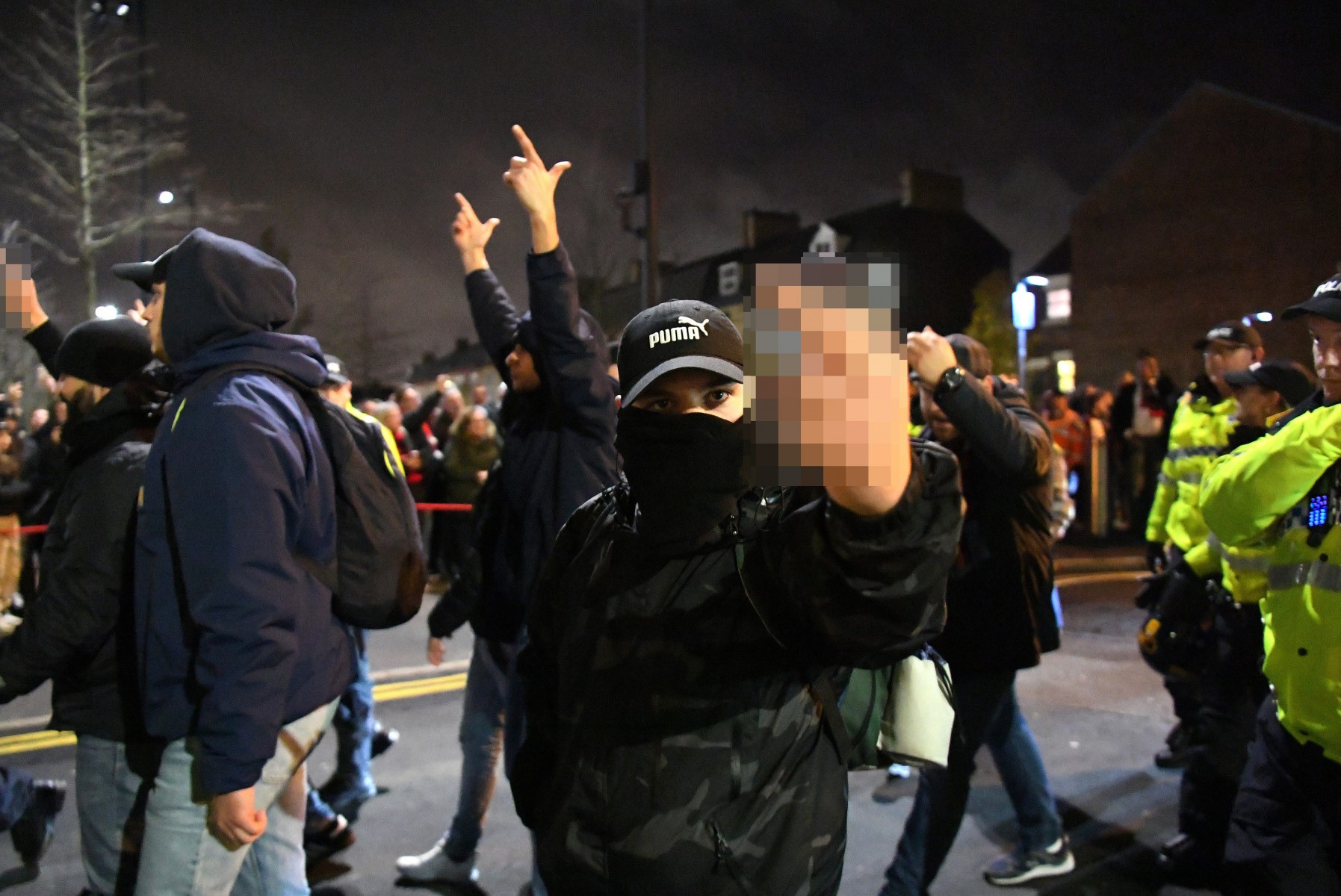 FIVE Napoli fans were arrested last night after clashing with police before their draw with Liverpool.

Violence escalated outside Anfield with thugs from the away support “looking for trouble.”

According to the Liverpool Echo, one fan described how some Napoli fans were holding their belts.

He said: “They were wandering around near the scarf vendors, with their belts out looking for trouble.

“The horses scared them and they went towards their gate after this.”

Three men were arrested for violent disorder and another was for affray following disorder on Walton Breck Road before the game.

“A fifth man was arrested for breach of the peace at the turnstiles on Anfield Road.

Police were also forced to dismiss claims that Napoli fans were brandishing golf clubs in the city centre.

A statement said: “Merseyside police is aware of social media posts saying Napoli fans are armed with golf clubs in the city centre.

Officers have responded and confiscated a number of flags attached to flag poles. No golf clubs have been found.”

There didn’t appear to be any trouble after the fixture which ended in a 1-1 draw.

Dejan Lovren’s second half header cancelled out Napoli’s opener scored by Dries Mertens but it means Liverpool’s hopes of progressing into the knockout stages hinge on the final game.

A draw away at Red Bull Salzburg next month would be enough to ensure their spot in the next round.