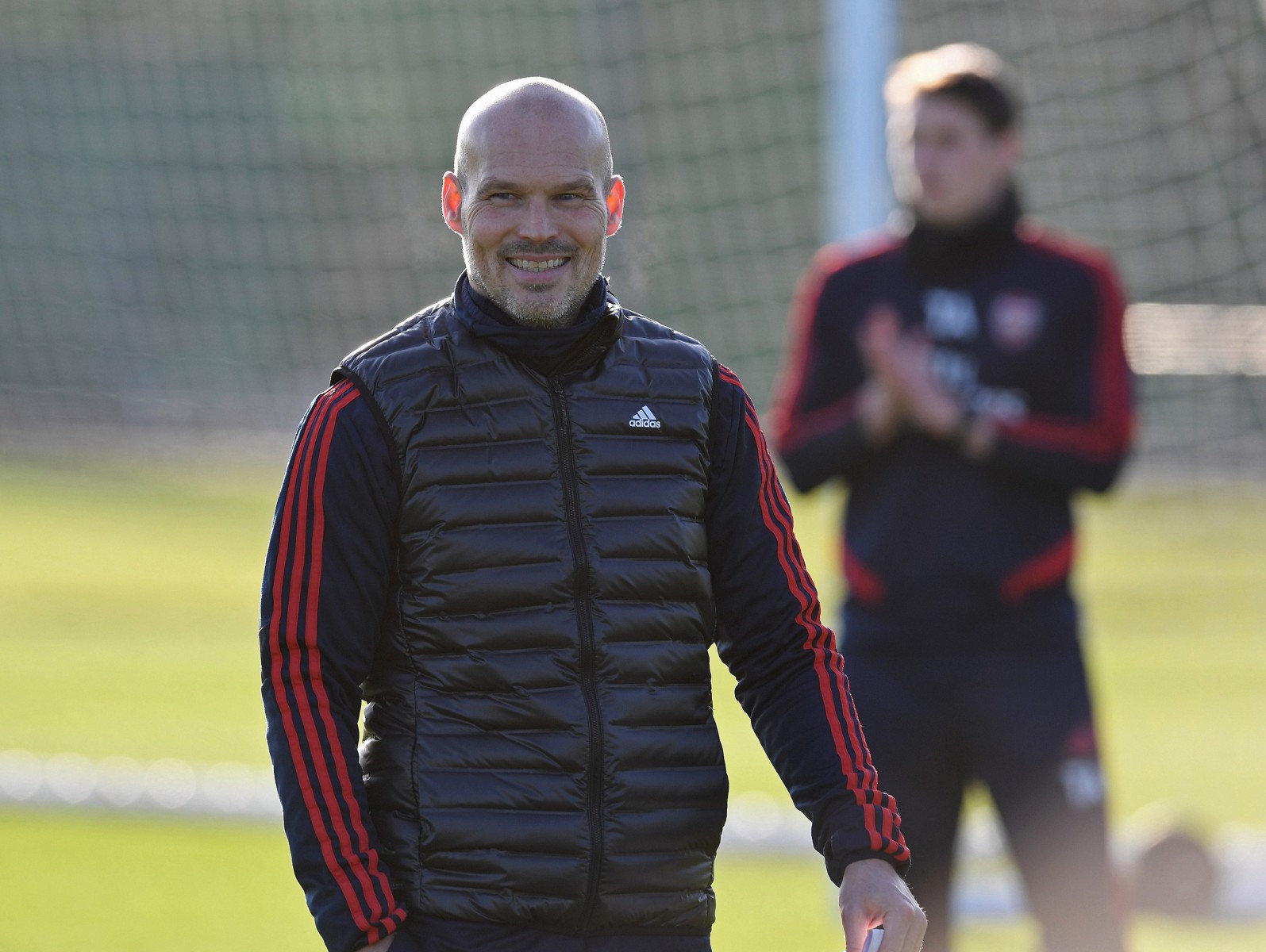 FREDDIE LJUNGBERG has been crowned the new manager of Arsenal – at least on a temporary basis.

The former Sweden international has been promoted from assistant at the Gunners following the sacking of Unai Emery.

The ex-winger spent nine years as a player at the North London outfit before going onto manage in their youth ranks.

And while he will have a supportive family, his wife will be in two minds for him to succeed or not.

Natalie Ljungberg ne Foster is 11 years younger than her husband Freddie – putting her at 31 years old.

She is the daughter of business tycoon Daryl Foster, who is a former CEO of Addison Lee – the private taxi firm.

Yet, Natalie will have to choose between her loyalties if she wants Freddie to succeed as Arsenal manager, as she supports their North London rivals Tottenham.

The pair got married on June 7, 2014 at the National History Museum in London.

They had met in 2007 when Freddie Ljungberg was playing for West Ham.

A number of former teammates attended the ceremony, including ex-Arsenal and England captain Tony Adams.

The couple have two children together.

Freddie Ljungberg posted a image of his wife on Instagram just three months after his wedding, stating baby number two was on the way – turning out to be a boy born on January 12, 2015.

They also have a elder daughter named Aria-Billie Ljungberg, who he has previously brought onto the Emirates Stadium turf.

But Freddie and Natalie are relatively private people, keeping their social media accounts either private or posting few updates.

What is Ljungberg’s Arsenal playing record?

He joined the Gunners in 1998, sticking around for nine years as he scooped up two Premier League titles under the tutelage of Arsene Wenger.

Ljungberg also earned three FA Cup medals as he became as known for his trickery on the right flank as he did for his red hair and Calvin Klein photoshoots.

The forward netted 72 goals in 325 appearances for the Gunners, before moving to West Ham.

He later played in the MLS with Seattle Sounders and Chicago Fire before winding down his career with Scottish outfit Celtic, Shimizu S-Pulse in Japan and India’s Mumbai City.

Ljungberg was also a full Swedish international, earning 75 caps for The Blue and Yellow.