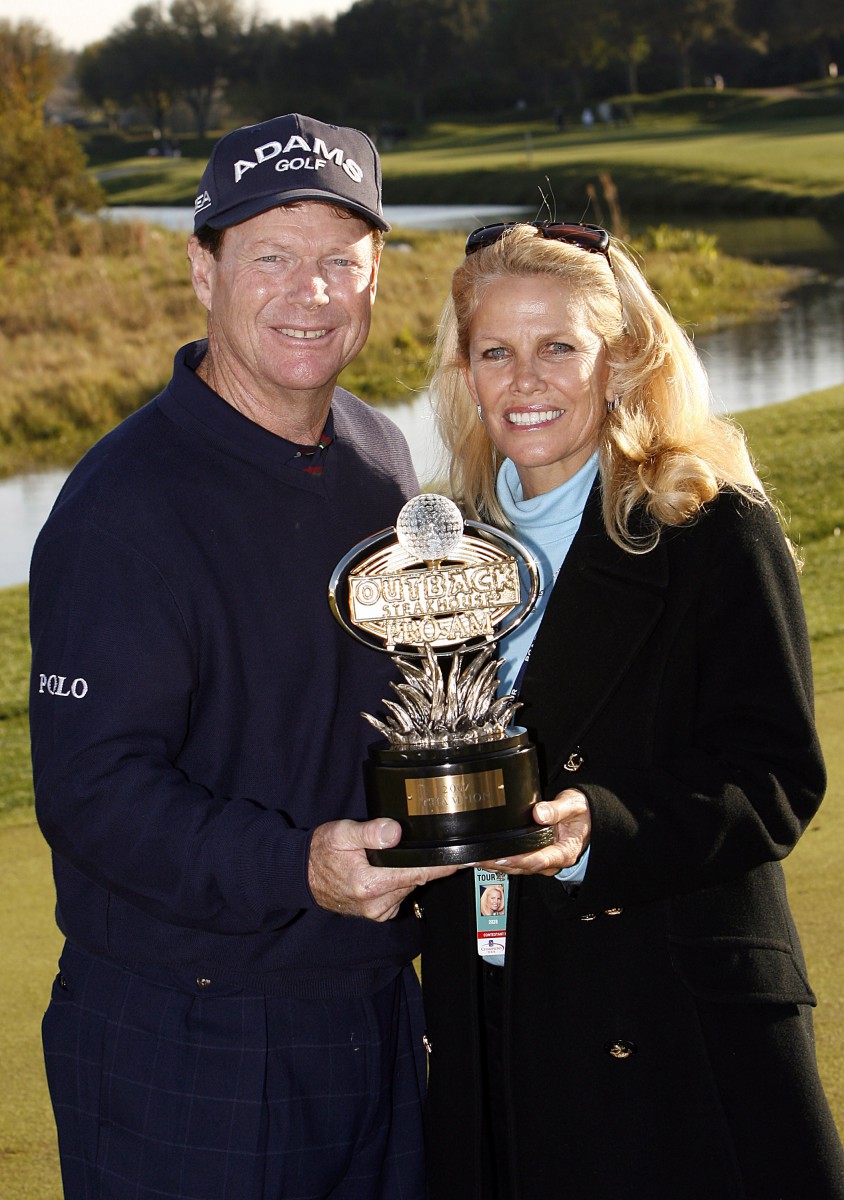 GOLF champ Tom Watson has paid tribute to his wife Hilary after she died following a two-year battle with pancreatic cancer.

Hilary Watson, 63, passed away on Wednesday night after being placed in hospice care at their family farm in Stillwell, Kansas.

Shortly after she died, eight-time major golf champion Watson remembered his wife as my hero.

The void she leaves will be filled by memories which will always remain as they leave indelible marks on our souls which we will never forget, he told Golf Digest.

She said she was dying to live, not living to die throughout her entire ordeal with her cancer.

The couple pose on the 18th hole at Turnberry in Scotland

Hilary was first diagnosed in October 2017 after experiencing pain in her stomach.

She underwent chemotherapy, radiation treatment and then surgery in May 2018 to remove a tumor, before being declared cancer free.

But the cancer returned just a month later, which led to more treatments, according to reports.

However, the illness did not keep Hilary from taking part in horse competitions.

In 2018, she finished fourth in the National Cutting Horse Association amateur rider of the year finals and followed that with a fifth-place finish in 2019.

Whether Im feeling good or not, I was going to still get on that horse, Hilary told the Kansas City Star newspaper in 2018.

And have some fun doing it. Thats been a godsend for me.

Her husband played his last Senior Open this summer after winning 39 times, including eight majors, in his PGA Tour career.

After his last tournament, he had said he was looking forward to spending more time with his wife.

Hilary Watson is survived by her husband Tom and her children, Kyle Charles, Kelly Paige and Ross Donald and her stepchildren, Meg Carr and Michael Watson.

Hilary was first diagnosed in October 2017