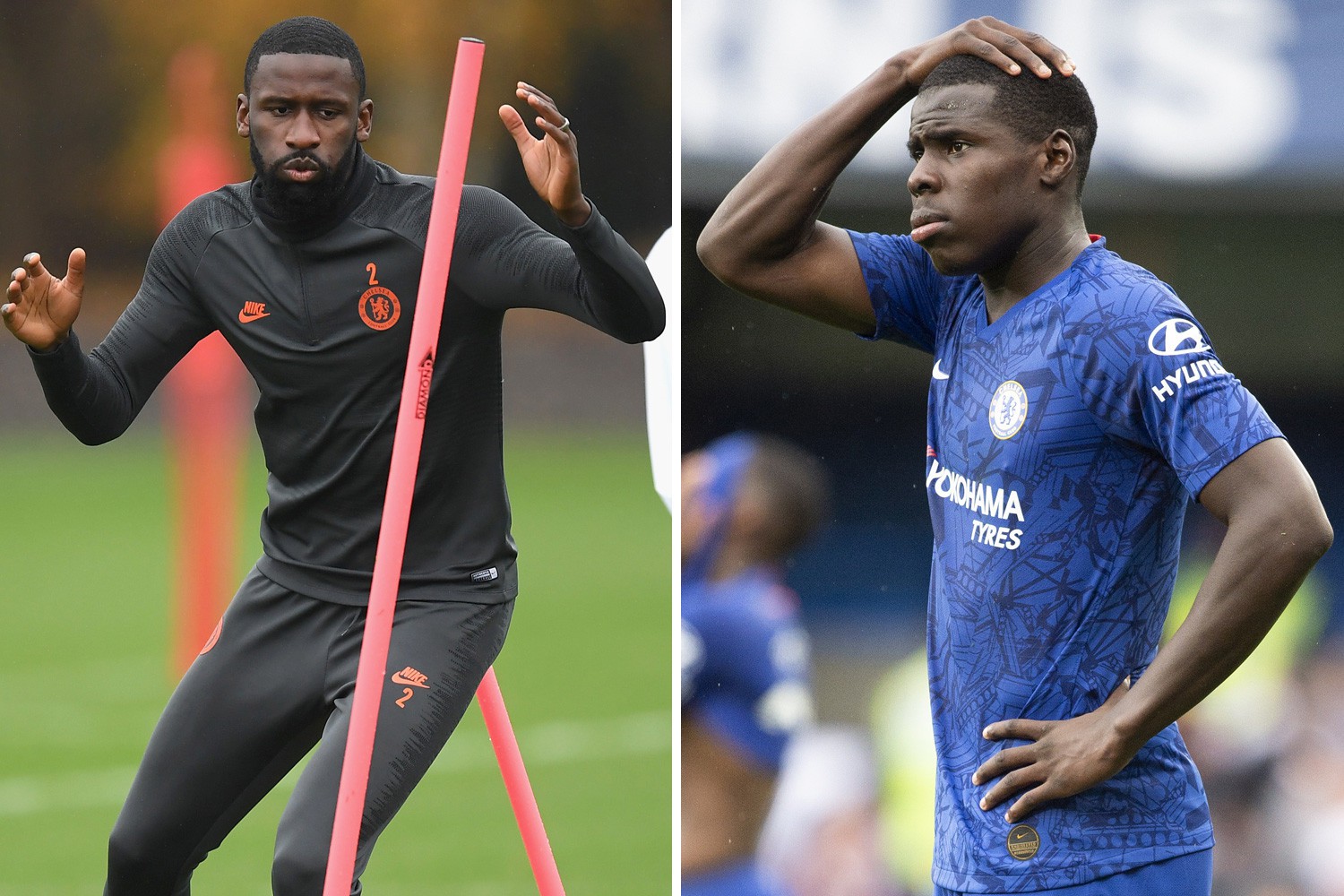 WHEN playing an attacking style of football, there is always going to be vulnerability at the back, especially under a counter-attack.

Frank Lampard has seen his Chelsea side become very vulnerable all too often this season.

They come up against a good team, they go hunting for the ball high up the pitch and often attack in numbers, but if they lose the ball, they will suddenly find themselves in trouble if the other team has pace and quality on the break.

This is largely due to the players getting used to playing a direct and total attacking style of play and is a risk, but one that they will get better in taking and organising positional player better as they go along.

I have observed two important aspects about the centre back pairing they use currently.

One is that neither Kurt Zouma nor Fikayo Tomori are the best ball-playing defenders.

Tomori will certainly grow to become better at it, but Zouma just looks like a bag of nerves whenever he gets the ball. Teams sense this and target it, it also projects a lack of confidence to the rest of the team.

As a result of this, when Chelsea are playing a team who lay off pressing the two centre backs, they end up just passing between each other because neither of them have the belief to try and play it forward, or the vision to pick out a long-range defence-splitting through ball.

This is an issue for the attacking aspect of their game, and really showed against Manchester City recently.

City allowed the pairing to have the ball, knowing they didnt need to waste a press because they knew neither of them would do anything more than a 5-yard pass across the back, or back to the goalkeeper.

The other main issue right now is the actual ability to defend. Tomori and Zouma are both excellent defenders, that is not the issue. The issue is organisation and calmness when under attack.

Positional wise they seem to be unsure, and especially when they are defending crosses, none of them know who is taking responsibility.

Im not just picking on those two, defending is a collective team task, not just the centre backs. The goalkeeper and full-backs have been just as poor defending at times this season.

So what is the solution? What is the best centre back pairing currently available?

I feel they need to get the ideal mix of having a quality ball player, as well as pace and strength.

It is a very bold shout for me to select a player who has been injured all season so far, but I think we have to use the experience of a German international defender Antonio Rudiger when he returns to full fitness.

He is a better ball player than the other two, perhaps just short of Andreas Christensen. But he has more confidence, a stronger mentality, vision for a long pass, and more influence than the Dane.

So Rudiger goes in as my ball player, and alongside him for balance on the left-hand side of the two, Id start Tomori as the only natural left-footer.

Here you have a lot of pace, strength, influence, height, and a decent ability to play out from the back.

Dont get me wrong, Zouma has been excellent and will certainly be staking his claim to start still, which Id not be upset about. Christensen too is a great player, but Im still not seeing enough from him to assure me.

But I still think they need more in terms of using the ball, bringing it out from the back, and making better long range passes.

It might be an area on the pitch that they could look to improve when they can sign players again.

Simon Phillips is a writer for independent Blues website TalkChelsea.