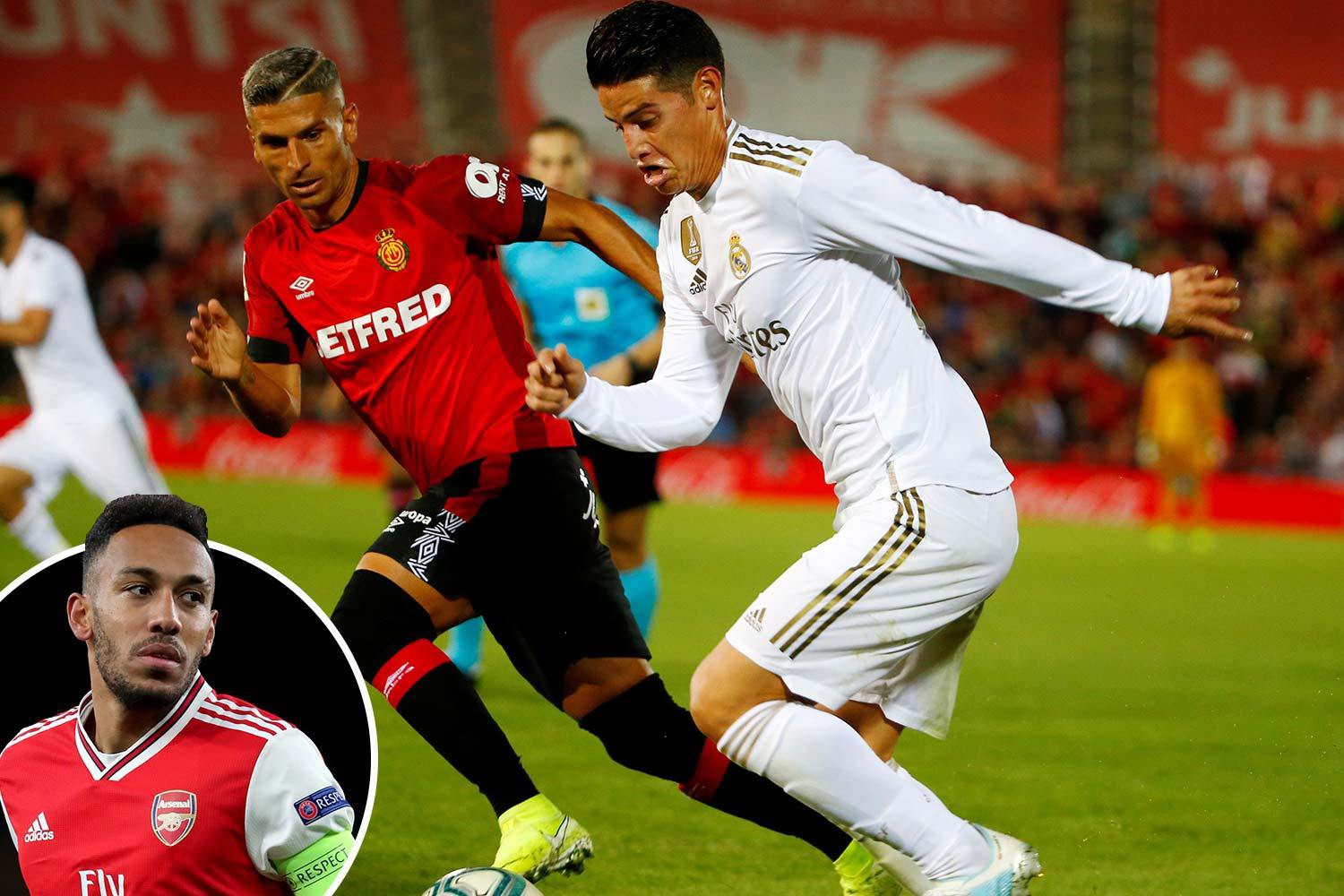 The Colombian was on loan at Bayern Munich last term.

Now, Spanish media outlet El Desmarque claim the LaLiga giants will offer James with 70m cash as part of a deal to bring in the 60m Gunners captain.

It has been reported that 30-year-old Aubameyang will quit North London next summer.

He has scored 40 Premier League goals in just 55 starts for the Gunners.

The striker has 10 goals in just 16 appearances this term despite Arsenal’s problems.

They sacked boss Unai Emery on Friday after just 18 months in charge.

Aubameyang has been appointed skipper to replace Granit Xhaka, axed after he told Gunners fans to “f*** off”.

Now Los Blancos boss Zinedin Zidane sees him as the answer to his problems at the Bernabeu.

He would like to link him up with 150m recruit Eden Hazard and Paris Saint-Germain superstar Kylian Mbappe.

James has been unable to nail down a starting spot under a succession of Real managers.

Frenchman Zidane has never been a fan of James, and hopes he can offload him as part of a potential 120m transfer.

James, 28, has made nine appearances for Real this term, scoring just one goal.