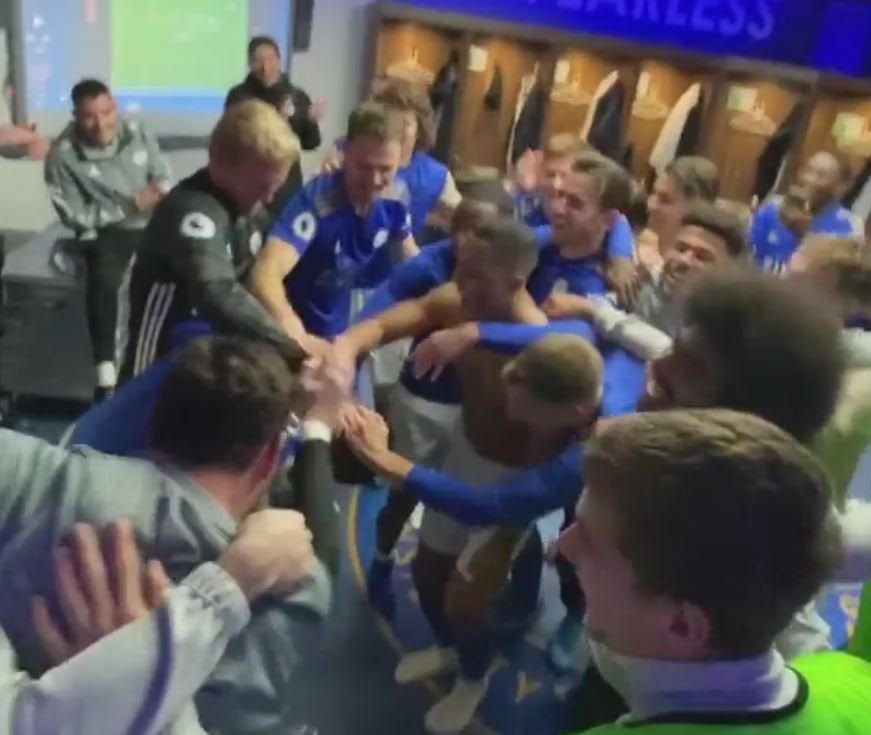 The Nigerian forward came off the bench to set up the equaliser and bag the winner in what was his first Premier League appearance of the season.

A clip uploaded by defender Christian Fuchs showed Iheanacho being mobbed by his teammates as he entered the dressing room after the game.

Huge cheers and slaps on the back greet the striker who emerges from the celebrations to show off his official man of the match award to his colleagues.

Sunday’s impact off the bench marked a major turnaround for Iheanacho who has played only 113 minutes of football this season.

Impressively, he has scored three goals and made an assist in that time having been on target in both his League Cup outings.

The Leicester squad were clearly delighted to see the 23-year-old rewarded for his hard work with him not even on the bench for the majority of the Premier League games this season.

He discussed the moment on Monday morning, tweeting: “This one is for the fans, the staff, my team mates and my family, thank you for being there for me.”

Since signing from Manchester City for 30million, Iheanacho has just 13 goals from 66 games.

A decent opening campaign at the King Power gave way to a dismal 2018/19 that saw him net only a single time in the league.

That tally was matched within minutes of him coming on versus Everton, VAR confirming that the 95th minute finish past Jordan Pickford was onside despite the flag initially going up.

It sparked wild celebrations in the stands as Leicester bolstered their top-four credentials, sat second and three points clear of Manchester City.