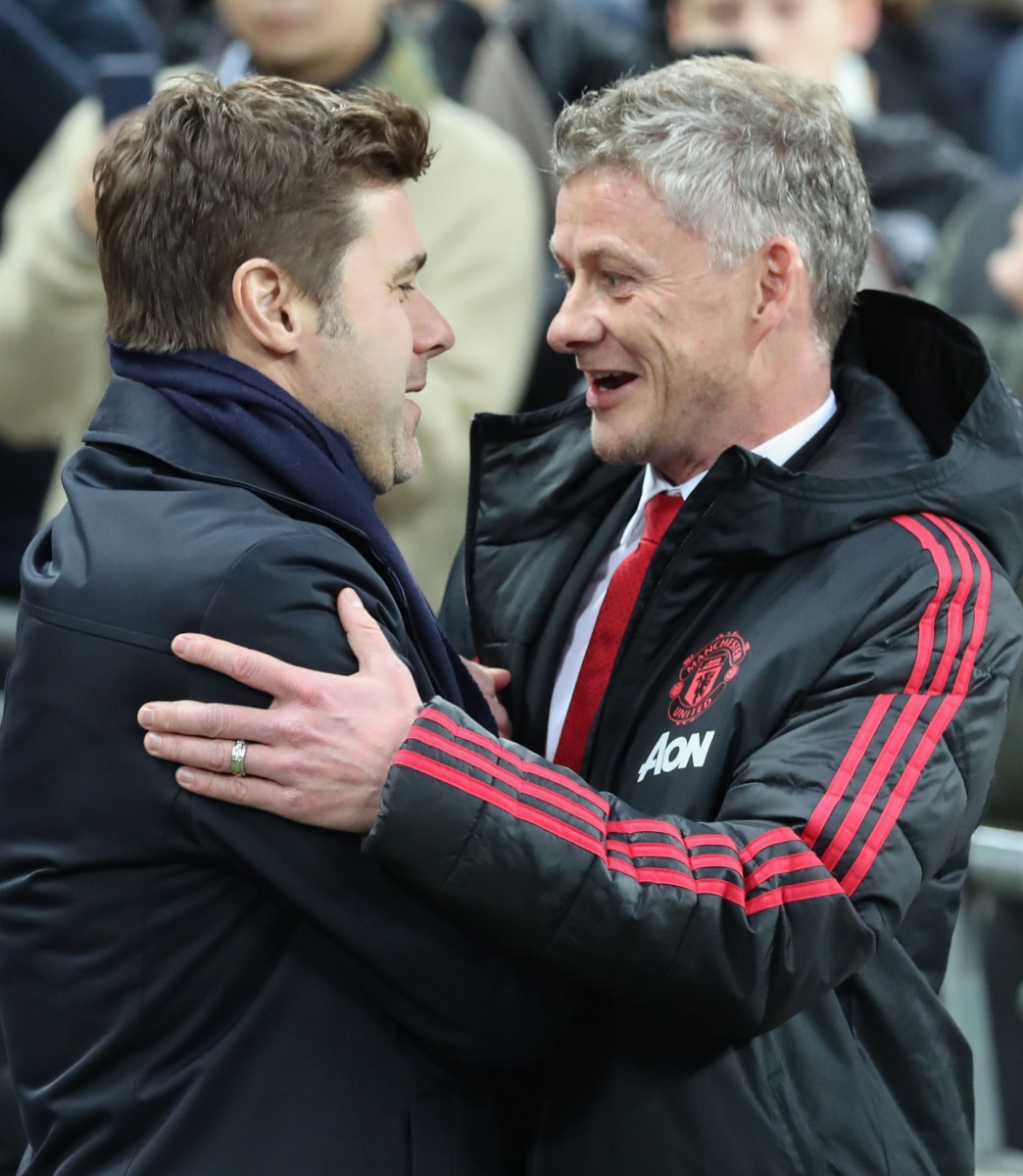 At the weekend United were held to a 2-2 draw at home to Aston Villa as fans were left with yet more frustrations.

And it means Solskjaer is facing even more pressure in the hotseat.

Pochettino was one of the early favourites for the job when Jose Mourinho was sacked.

Mourinho has of course replaced Poch in the Spurs hotseat after the Argentinian was sacked by Daniel Levy.

But former United striker Solskjaer was brought in from Molde in the hope of re-invigorating the squad.

Despite giving the youngsters a chance to impress, it’s been a slow-burner.

And now with Pochettino out of work, talk has intensified that Solskjaer might get the boot.

Ladbrokes have the axed Spurs gaffer at 2/1 to be the next United manager.

Max Allegri, who stepped down at Juventus in the summer for a sabbatical, is next favourite at 6/1.

Leicester boss Brendan Rodgers continues to impress as he has guided the Foxes firmly into title contention.

Former United centre-half Laurent Blanc is next in the betting at 16/1.

Other interesting names in the list are Wolves’ highly-rated Nuno Espirito Santo at 25/1 and England boss Gareth Southgate at 33/1.