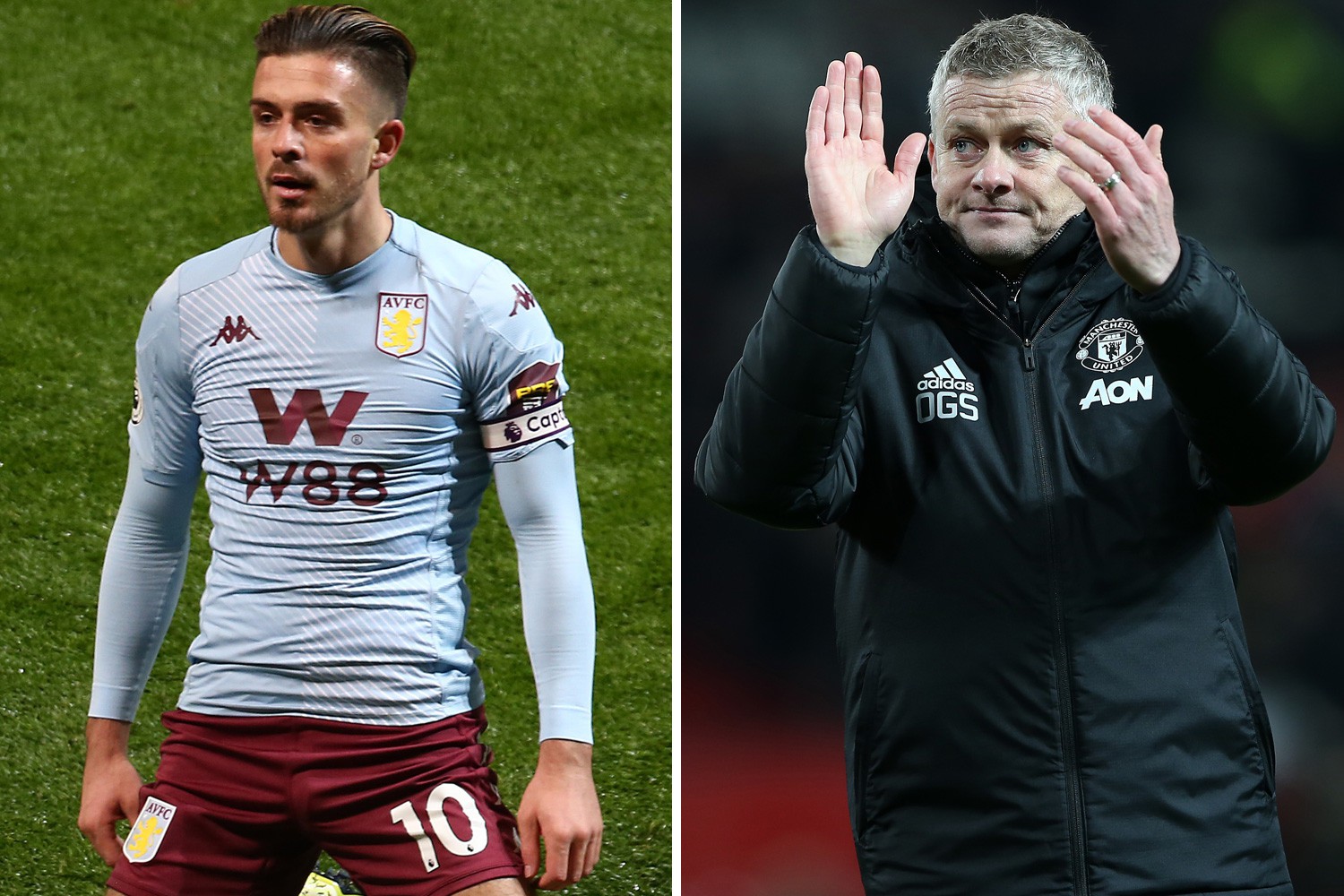 OLE GUNNAR SOLSKJAER has remained coy on whether Manchester United could make a move for Aston Villa skipper Jack Grealish.

The Norwegian was asked the question after watching Grealish curl home a stunning strike that had put Villa 1-0 up at Old Trafford.

And when asked if Grealish was the sort of player that the Red Devils could buy, Solskjaer said with a smile: “I can’t talk too much about other teams’ players if they are Man Utd calibre or targets.

“But fantastic goal. I think he’s hit one of those corners that I’ve hit a couple of times.

“It was a great finish but then again we should defend better and show down the left.

“But what a goal and he played a good game, definitely.”

Having scored three goals and assisted a further four, no English midfielder has directly contributed to more goals than the England hopeful this season.

And Grealish has been heavily linked with a move away from Aston Villa before.

In 2018 the home-grown hero thought he was going to sign for Tottenham Hotspur.

And the move failed to materialise.

Just a a month later, Grealish put pen to paper on a five-year contract.

His former manager Tim Sherwood recently claimed that he should not be sold for anything less than 70million.

But it remains to be seen whether the Red Devils will test their resolve.