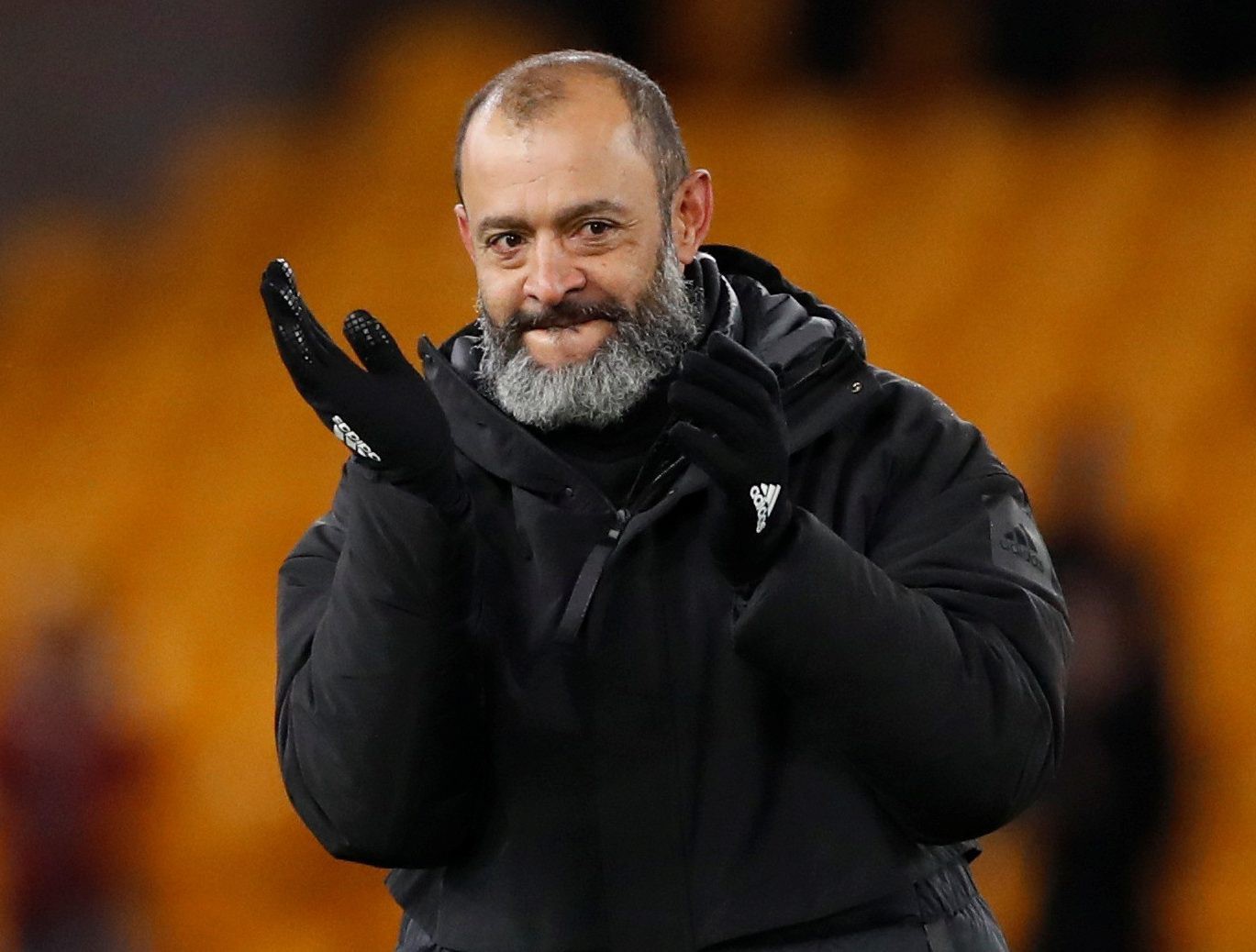 ARSENAL hope to get permission from Wolves to speak to their boss Nuno Espirito Santo next week about their management vacancy.

Emirates chiefs have stepped on the gas in terms of finding a replacement for the axed Unai Emery following the mediocre start to Freddie Ljungberg’s reign as interim boss.

Nuno has emerged as a favourite after finishing seventh last season in Wanderers’ return to the top flight.

He has guided them to the last 32 of the Europa League, while they remain in contention for Champions League football next season as they sit just a few points off the top four.

The Gunners are said to be looking at 12 candidates for the top job and hope to start interviewing next week.

If they get permission to hold talks with Nuno, Gunners supremos will start to compile a three-man shortlist, according to the Daily Mail.

Portuguese Nuno, 45, previously managed Rio Ave, Valencia and Porto before taking over at Wolves where he led them to the Championship title in his first season.

Ljungberg has not been told how long he could be in the job for.

After two winless matches, he picked up his first three points in the 3-1 comeback win over London neighbours West Ham on Monday.

Swede Ljungberg said: “The club have said I have to wait until they make a decision, so yeah, I cant do anything at the moment.

“The club has said when they make a decision then thats it or Im obviously leaving or maybe then we can do something with the staff. But its up to the club.

“I havent got any indications of whether Im here or not. What Ive said to the bosses and the club is I will do everything in my power to do as well as I can for this club and the players.

“Then obviously it is up to them to make a decision. I try not to put any emotions into that.”

Arsenal originally had hoped to keep Ljungberg in the job until the end of the season.

But they have now realised they need to appoint someone in December and strengthen the squad in January.