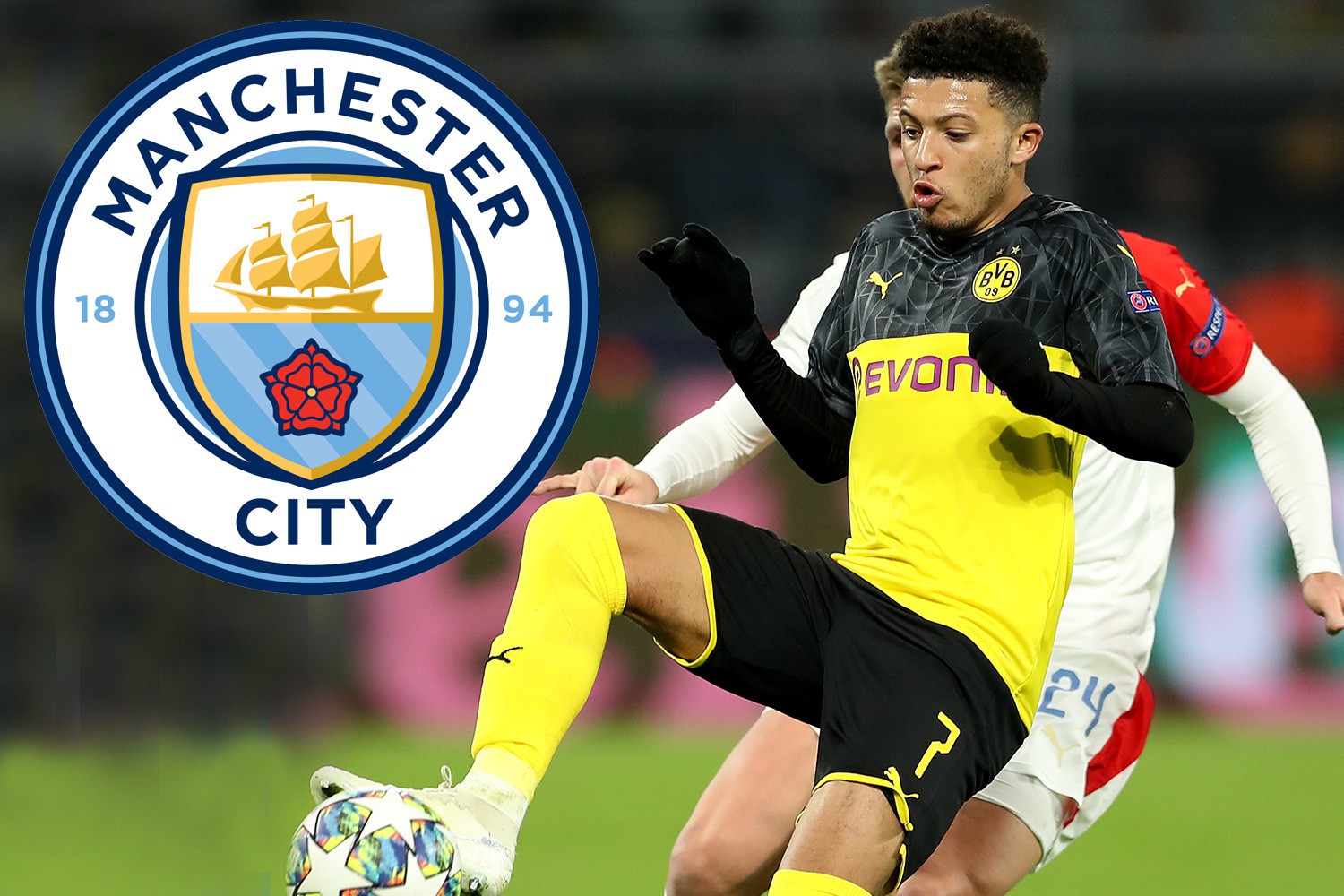 Etihad chiefs had been waiting for a bidding war to start for the youngster – but could now nip in anD complete a deal for the Borussia Dortmund attacker.

City want to jump in quickly to beat Liverpool, Chelsea and Manchester United to their top target.

Sancho, 19, who quit City to join the German giants in the summer of 2017, could be ready to return home after two-and-a-half successful seasons with Dortmund.

He has scored 20 goals in just 44 starts for Dortmund.

It is thought the Germans’ boss Lucien Favre may want to bring in the cash now to fund his move for Manchester United target Erling Haaland.

Dortmund have already held talks with the striker and his representative, his father Alf-Inge Haaland.

Sancho meanwhile, is out of favour with Favre and was hauled off in one match just a few days after returning late from an England training camp when he was fined 86,000.

With Leroy Sane ready to return soon from injury, his move to Bayern Munich could be back on.

This would create room for a winger and Guardiola is a big fan of Sancho.

City’s top two targets are a winger and a centre-half.

Guardiola is regretting not replacing the retiring skipper Vincent Kompany in the summer, forcing him to play midfielder Fernandinho at the back.

John Stones is still out so misses the trip to struggling Arsenal on Sunday.

City are also without Sergio Aguero and midfielder David Silva.

This means Gabriel Jesus will continue to lead the line against the managerless Gunners.