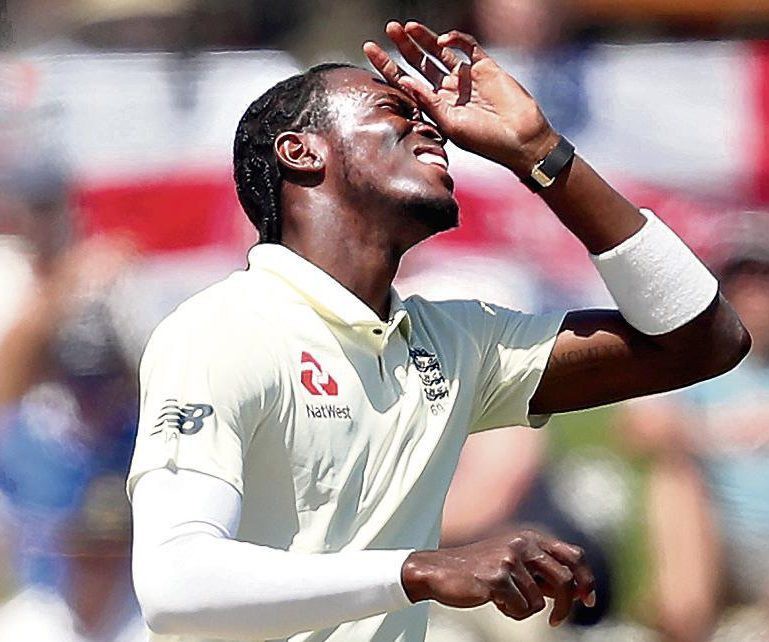 I LOVE Jofra Archer, I think the kid can be a world beater. But he still has a lot to learn about being a top Test match bowler.

On the recent tour of New Zealand, Jofra took just two wickets in 82 overs. The pitches were flat, the ball did hardly anything and he became frustrated at times. 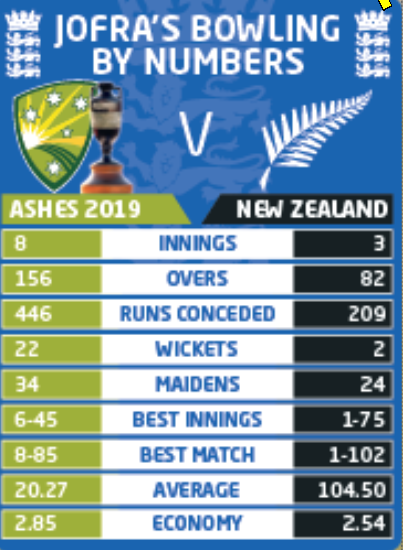 There was a lot of negativity about his bowling and, to be honest, it was his fault. By that, I mean expectation on him was high after the way he has so fantastically burst onto the scene in 2019.

He was a World Cup star, including bowling that unforgettable super over, and had a brilliant Ashes series. The two Tests in New Zealand were Jofras first hurdles.

Now he must learn from the experience its all about him.

And Im sure he will learn and be better for it.

One thing he must understand is Test cricket is a very hard game.

If I was asked to give him one piece of advice, it would be to work out what he needs to do in a days Test cricket.

He cant try to bowl 96mph every ball he needs to understand when to bowl flat-out, when to attack, when to conserve a little energy, do what the captain wants. Push hard for a wicket late in the day, mop up the tail, that sort of thing.

I think Jofras a bright kid and he will learn and understand. New Zealand might have been frustrating for him but, ultimately, it will be brilliant for his education.

Jimmy Anderson will be perfect for Jofra. They have never played together but, in South Africa, Jimmy should be at mid-on or mid-off offering advice.

Michael Vaughan was a superb captain because he stood close to the bowlers and talked to them.

He might have been the worst catcher in cricket but he was a terrific psychologist. There were times when I was raging and wanted to bowl at 100mph.

Vaughany would have a word.

Jimmy can fill the same role for Jofra. You dont take 575 Test wickets without the right mental approach and Jofra will learn that in Test cricket you have to bowl 20 overs one day and then potentially 15 overs the next.

Sure, hes had some success in first-class cricket but his star shone from bowling four overs in the IPL and Big Bash and ten overs in the World Cup.

I see similarities between myself and Jofra. How often did people write articles saying my attitude was poor or that I was homesick?

In New Zealand, Jofra jumped on a Segway and was criticised.

I have no issue with that whats wrong with having a bit of fun? As long as he is giving everything when running into bowl.

I gave my all for England, I cared deeply and loved playing for my country. But sometimes it didnt work out.

If I had a bad day, my biggest critic was me. I didnt need John Etheridge in The Sun or Bob Willis on TV telling me.

I have no doubt Jofra is the real deal. In fact, Ill go as far as to say he can become a fantastic Test match bowler.

I grew up watching my hero Darren Gough, and then I came along with Simon Jones, Andrew Flintoff and Steven Finn. Im talking guys who could bowl 90mph-plus.

So England have not had many 90mph quicks. Jofras right up there.

People talk about Jofra having easy pace and that was sometimes applied to me. I reckon our optimum speed is around 86mph but, when the rhythm is good and youre relaxed, you can hit the 90s. I remember Id sometimes say to Vaughan: Mick, I feel s*** today.

Hed spread the field and ask me to bowl four overs of bouncers, to try to intimidate people.

Hes reasoning was that, even if I only reached 86mph, Id unsettle batsmen with my height and make something happen.

Other days, Id tell the captain: Im feeling invincible today, Mick, its coming out lovely. Then hed bring in more slip fielders and Id feel like a massive threat.

I remember a Test match at the Wanderers in Johannesburg when I bowled loads of bouncers because Matthew Hoggard was swinging it at the other end.

He took 12 wickets and we won.

So Jofra might sometimes have to bite the bullet and bowl plenty of short stuff or shore up an end because Jimmy or Broady are causing big trouble at the other end. Its about operating in pairs.

But I cant speak highly enough of Jofra. Hes brilliant for English cricket. I hope people give him time because Test cricket is damn hard.

Im sure hell learn and his talent will come through.

Interview: JOHN ETHERIDGE. Steve Harmison is a TalkSPORT pundit for Englands Tour of South Africa. Listen on 1089 or 1053AM or download the new app.