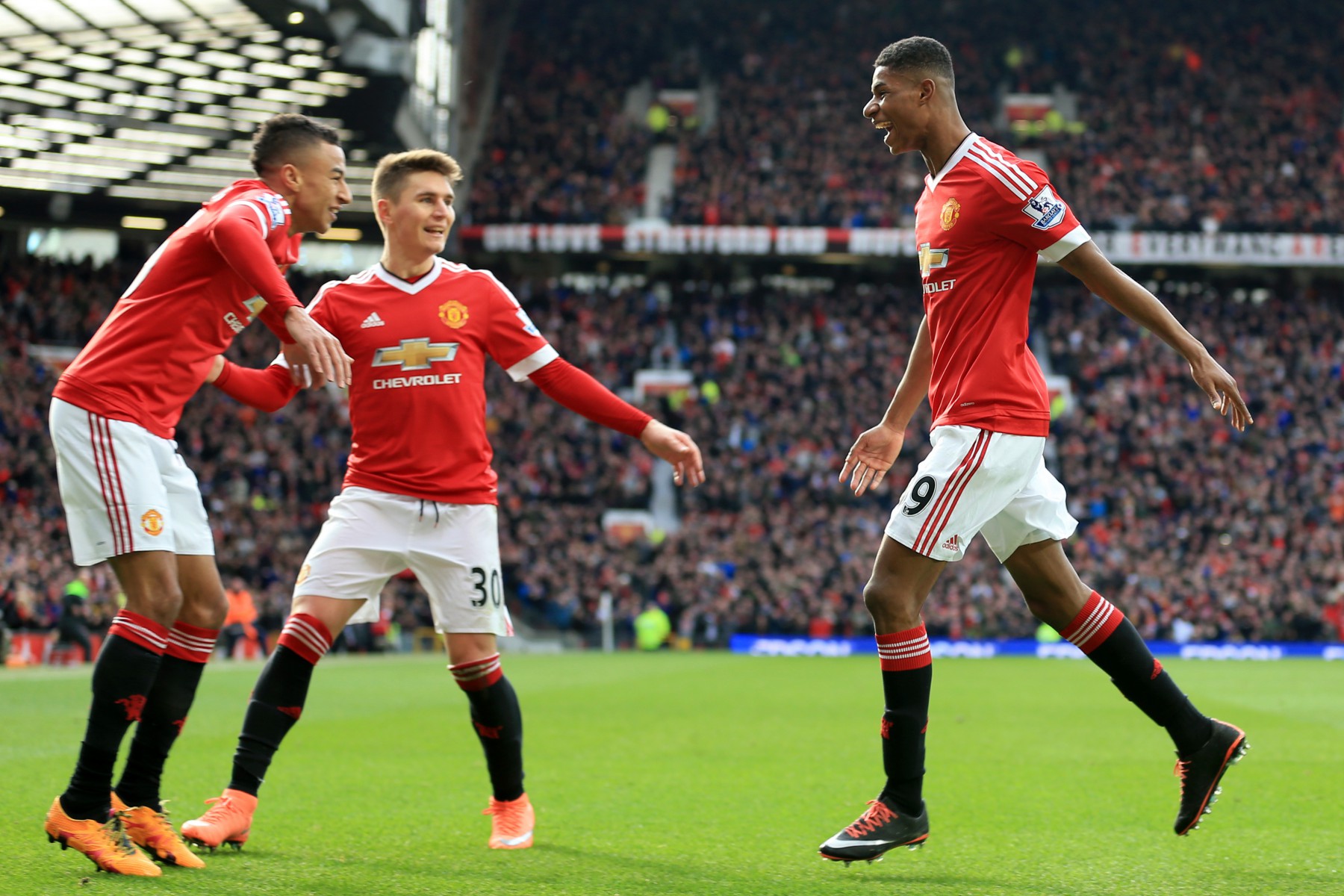 GUILLERMO VARELA is dreaming of a return to Manchester United – ideally as a Red Devils player.

If that is not possible, he would at least like to play against his old club at the Theatre of Dreams once more.

Either way, he wants the chance to show the Old Trafford faithful how much they meant to him.

And with his FC Copenhagen side into the Europa League knockout stages, the chances of a reunion are rising.

First, the Danes must get past Celtic in the last-32 while United take on Club Brugge.

Maybe we will get drawn to play Manchester United – we don’t know. But if we do, it would be a dream.

Maybe we will meet again soon. Maybe in the Europa League, maybe in the Premier League.

I’m still only 26. I of course want to go back to the Premier League at some point.

In the future, maybe I can come back and play for Manchester United – I hope.

The Uruguayan arrived as a fresh-faced 20-year-old straight from his homeland in 2013 and was on the United payroll under three different managers.

But unfortunately for him, it did not work out as planned and he ended up heading back to former club Penarol, almost unnoticed by most supporters.

In footballing terms, it was a backwards step. But sometimes in life you have to take one step back to take two steps forward.

And that is exactly what Varela is doing – taking his first step forward.

He is doing it at FC Copenhagen, moving at the beginning of 2019, and is taking it alongside a few familiar faces.

Former Premier League players Viktor Fischer, Dame NDoye, Bryan Oviedo and, until his release at the end of December, Nicklas Bendtner – who decided to move back home this year – are all enjoying life at Telia Parken under former Wolves manager Stale Solbakken.

Speaking at FC Copenhagens training ground in the Frederiksberg suburb to the west of the Danish capital, Varela added: We have a good connection when we play. The Superliga is hard to play. I think it is similar to the Premier League.

I spoke to people about Copenhagen before coming here. In my country some players know Copenhagen.

Nicklas is funny, very funny. He’s good. We like him. He came in the summer.

I like the life and the people. I have some friends here which is better for me.

The weather is very difficult, though – it is very similar to Manchester, it is cold and it rains a lot.

But unlike in Manchester, Varela is one of the first names on the teamsheet.

He was David Moyes first signing but, despite having a good relationship with the Scot, was not given a chance so went on loan to the Real Madrid B team where he regularly worked with Cristiano Ronaldo et al.

Varela said: I was younger so it was difficult to come to Manchester United and try to play at 20 years old – I’m not Rashford!

I was with the Castilla team under Zinedine Zidane for one year. I would train two or three times a week with the first team. It was magnificent. With Cristiano, Karim Benzema, Gareth Bale as well.

I spoke with Cristiano about Manchester United. Chicharito moved at the same time with me. We lived separately but he was very helpful.

Spanish-speaker Juan Mata was particularly accommodating as Varela settled back in Manchester and was finally given his chances under crazy Louis van Gaal – 11 chances to be precise.

Those 11 appearances for the Red Devils all came in a three-month spell in the 2015/16 season, starting with a 0-0 draw at home to West Ham in the December and ending when Philippe Coutinho got the better of him in the Europa League last 16.

Varela has no regrets over the Coutinho goal – it is football – but instead looks back fondly on his brief run in the senior side.

He said: Van Gaal gave me the chance to play so I have to say thank you. He is a crazy coach. He was always angry with the players but it was good. I enjoyed it.

I played 11 matches. I enjoyed every single one. I played one game in the Champions League, I played in the Europa League.

Playing for Manchester United is amazing. Of course, it was a dream.

Growing up, it was always about Manchester United, ahead of Real Madrid and Barcelona, because of Diego Forlan playing there. So for a player from Uruguay, it was a dream to play for Manchester United. He was my hero.

Van Gaals time at Manchester United ended two days after winning the FA Cup – and with the Dutchmans sacking, Varelas Old Trafford career was over too.

Jose Mourinho came in but after just a month in pre-season together, Varela was back out on loan, this time to Eintracht Frankfurt.

TATT WAS A BIG MISTAKE

Frankfurt reached the DFB-Pokal Cup final against Borussia Dortmund but Varela hit the headlines for his off-field antics, specifically with a tattoo and an angry Niko Kovac.

Reports he missed the final due to the tattoo causing an infection were false, but the heavily-inked Varela happily opened up to give his version of events.

He explained: I got a tattoo at the top of my back on my neck. It was during my injury, while I was not playing, about three months before the final in May.

[Manager] Niko Kovac said to me, ‘I don’t want you to get any more tattoos.’

He said, ‘Yes, I know but you have to respect the players and the staff.’

I said, ‘Okay, I understand but I am injured.’ Then when I started to play again I got this one done on my arm [a woman’s face].

He said to me, ‘No, no, no. You stop here because we have the final in one week and I told you before you have to finish with your tattoos so now you are out.’

I didn’t get infected, that’s not true. It was just because I got it.

Varela can smile about it two-and-a-half years on, largely because he has put it all behind him as he resurrects his career in Denmark.

Now he wants to make a more permanent mark by returning to England, proving himself in the Premier League and going some way to finishing his unfinished business from his time at Manchester United.