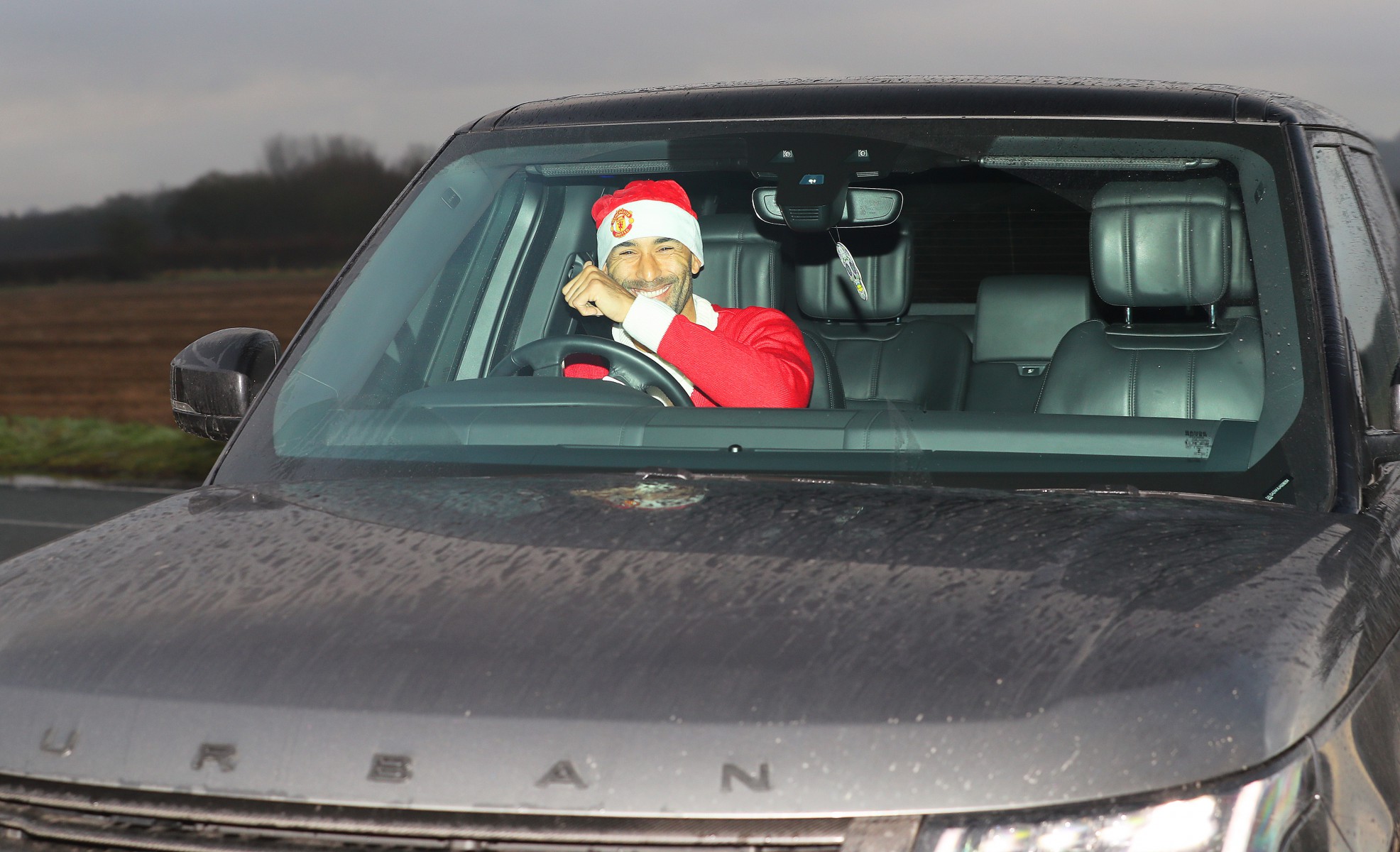 LEE GRANT will be hoping to inspire a Christmas miracle for Manchester United against Newcastle – after arriving to training dressed as Santa Claus.

Ole Gunnar Solskjaers men will have to leave the present opening and turkey dinners until this afternoon as they reported to training at Carrington.

But Toon fans were reminded of Kevin Keegan’s infamous rant on beating Sir Alex Ferguson’s United as a roadside sign read: “I would love it… love it… if you beat the traffic!!”

Keegan’s Newcastle were challenging for the title in 1996 and he famously took aim at his rival’s on radio.

Old Trafford No3 Grant looked to be in only one in the festive spirit as the rest of the squad cut a dull look on Christmas Day.

It may have something to do with the fact they face come into the festive period boasting their worst league record in 30 YEARS – with their appalling record against teams outside the top six to blame.

The Red Devils have picked up just 25 points from their 18 Premier League games this season.

Watford – a result which has epitomised their season.

United have been unbeatable against the Big Six this season – winning three and losing NONE of their five games.

In fact, the Old Trafford club are the only team to take a point of rampant league-leaders Liverpool this season.

But their record against the lesser teams is abysmal – having won just THREE of their 13 games, losing five.

Wins over rivals – and reigning champions – Manchester City and Tottenham within a four-day period are blended with awful losses at the hands of the Hornets and Bournemouth.

Now, both Solskjaer and the players will be forced to endure a blue Christmas, languishing in eighth position – their joint-lowest in Premier League history on December 25.

Even in the atrocious season under David Moyes United earned 28 points.

Phil Jones bowled into Carrington in his yellow 165k Lamborghini