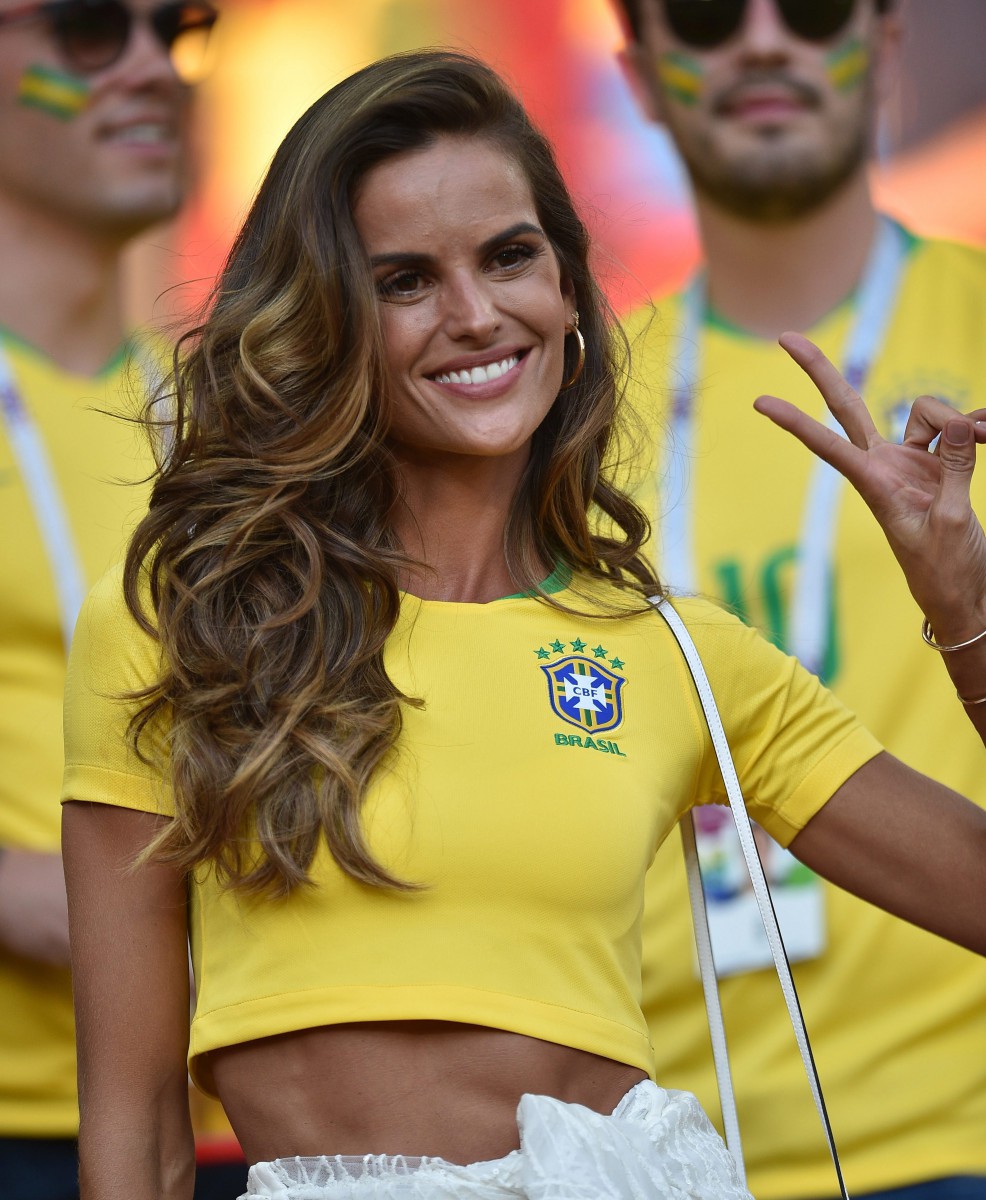 THEY don’t call it the beautiful game for nothing.

Just like us, the world’s sexiest women have showed their love for football over the years.

Whether it’s the Premier League, Serie A or the World Cup, these female fans just love representing their team.

From supermodels to pop stars, SunSport has you covered with the most stunning supporters we’ve seen brightening up the stands… starting with pop royalty.

RiRi is one of the biggest singers in the world, with a schedule that leaves her very little time to do what she wants.

However, in her downtime she just loves going to the footy.

The gorgeous Barbadian travels the world for her fix, and has been spied watching Juventus, hanging out with Neymar at PSG, and she even took in a game at the Emirates.

And Rihanna even likes to take her custom-made football Louis Vuitton handbag worth 2,000 to games too.

When the American supermodels are in town for Paris Fashion Week, there’s just one place they have to stop.

Since 2015, the stunners have been going to the Parc des Princes, no doubt enjoying the hospitality the Ligue 1 club throws their way.

Even Gigi’s famous sister Bella has been spied in the stands looking starstruck next to former PSG star David Beckham.

However, she didn’t adorn the shirt like her model mates though.

It’s never a Blue day when Sophie is on our screens.

The brunette is a season-ticket holder at Stamford Bridge, as well as the face of Chelsea Fan TV.

Originally from Devon, Sophie was turned-on to Chelsea by her dad.

Model and die-hard Manchester United fan Ann Mari made headline news last month when she jumped to the defence of Jesse Lingard after he was named captain against Astana.

And she also writes her own United blog, with which she shares her views on Ole Gunnar Solskjaer’s side.

On her Instagram, the bombshell has shared snaps with United legends Ryan Giggs and Gary Neville.

She even gave Gunners star Matteo Guendouzi some grief by calling him out for diving in a video online.

And clearly, she must have a thing for dissing the North London giants because she trolled the Gunners with a tweet about Mesut Ozil and China.

The Once Upon a Time in Hollywood star has spoken of her fondness of living in London when she flat-shared with mates in Clapham.

There, she discovered English football and started following West London side Fulham.

Robbie was even paraded on the pitch wearing a club scarf at Craven Cottage.

A former Italian model, Romani shocked the world when she revealed she wanted to be a referee.

Deemed the world’s sexiest ref, she appeared topless in Playboy and has been seen flaunting her figure in an AC Milan shirt.

Yes, she’s a fan of the Rossoneri and her exploits have scored over almost 1m followers on Instagram.

Wearing a t-shirt with Russia emblazoned across it, hot pink shorts and waving a flag she looked the part in the stands.

Natalya claimed it was an ex-boyfriend who leaked the pictures after she dumped him.

Arsenal fans need something to cheer about at the moment.

And Fabiana, with her enviable curves is just the ticket to lift the gloom surrounding the Emirates.

The Brazilian model is best known for appearing in Playboy magazine in Portugal.

She regularly shows off her love for Arsenal wearing their top along with a skimpy thong in sexy Instagram snaps.

Another who could claim to be Russia’s sexiest fan, Natalia is a lifelong Spartak Moscow fan.

The football-mad beauty attends every home match in the Russian Premier League (RPL) with her boyfriend, who is also a devoted fan of the Red-Whites.

She was also Miss MAXIM Russia 2015, and appeared in the Russian version of the TV show The Bachelor.

River Plate’s most dedicated follower is also their hottest.

The Argentinian stunner is such a loyal fan, she once said she would auction off her underwear if her team pulled off a historic win.

Artista, who has amassed over 235,000 followers on Instagram, also sent River Plate’s players a sexy video to cheer them up after a defeat.

Now, if that’s not fan loyalty, we don’t know what is.