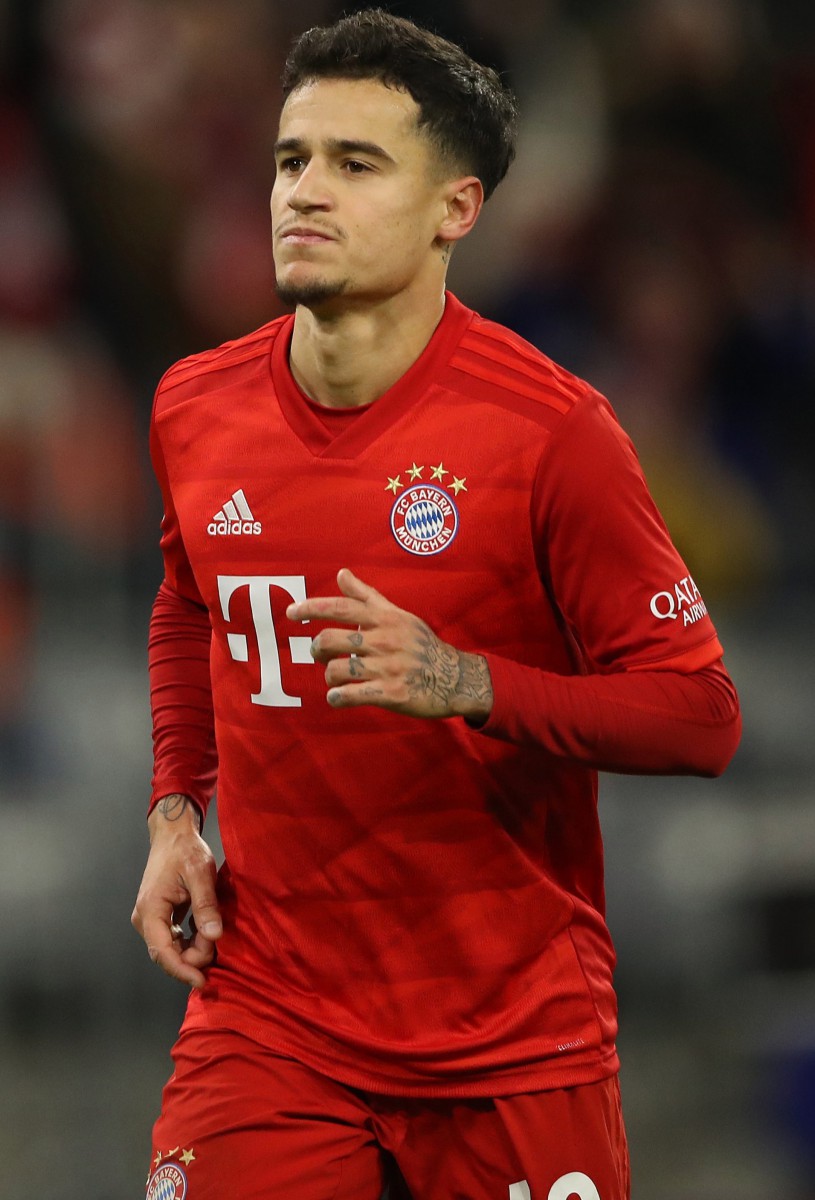 CHELSEA are reportedly considering splashing the cash on Philippe Coutinho – if Bayern Munich opt not to buy him.

Bayern have the option to sign the Barcelona star on a permanent deal after his season-long loan expires.

And should the German giants decide not to, Chelsea are waiting in the wings to snap him up, according to Mundo Deportivo.

Barca paid Liverpool a staggering 142million for the Brazil playmaker, 27, in January 2018 after months of public interest.

But he struggled in 18 months at the Nou Camp and was shipped out on loan last summer.

Chelsea are armed with a war chest of at least 150m – having sold star man Eden Hazard to Real Madrid in July – after their transfer ban was lifted.

The Blues have long admired Coutinho and missed out on him this summer thanks to their suspension.

Barca are apparently willing to cut their losses and flog Coutinho for just 85m.

And the ex-Liverpool star is reportedly open to a sensational Premier League return.

That would leave Chelsea with enough funds left over to reinvest in their squad, with Jadon Sancho and Ben Chilwell at the top of Frank Lampard’s transfer wishlist.

Despite the kids grabbing their chances this season, Lampard has confirmed the Blues will look to strengthen in January.

He said: “Its healthy and par for the course at a club like Chelsea.

You shouldnt expect it to be any other way. It keeps you on your toes and thats a good thing. I remember when Fernando Torres came to the club and it was a statement signing. They were always exciting.

They might not have been to the other centre-forwards but when you are a player and want to be successful and push, you get excited by players coming in.

And on the flip of that, if you are that centre-forward, then it has to drive you to react.

If I look at where I can strengthen, its not going to be a slant on the young players.

We have seen that giving the academy boys a chance is a really good idea because they have deserved it and havent had that in the past.

My biggest thing here is how hard can we work on the training ground because I know we have a good squad.