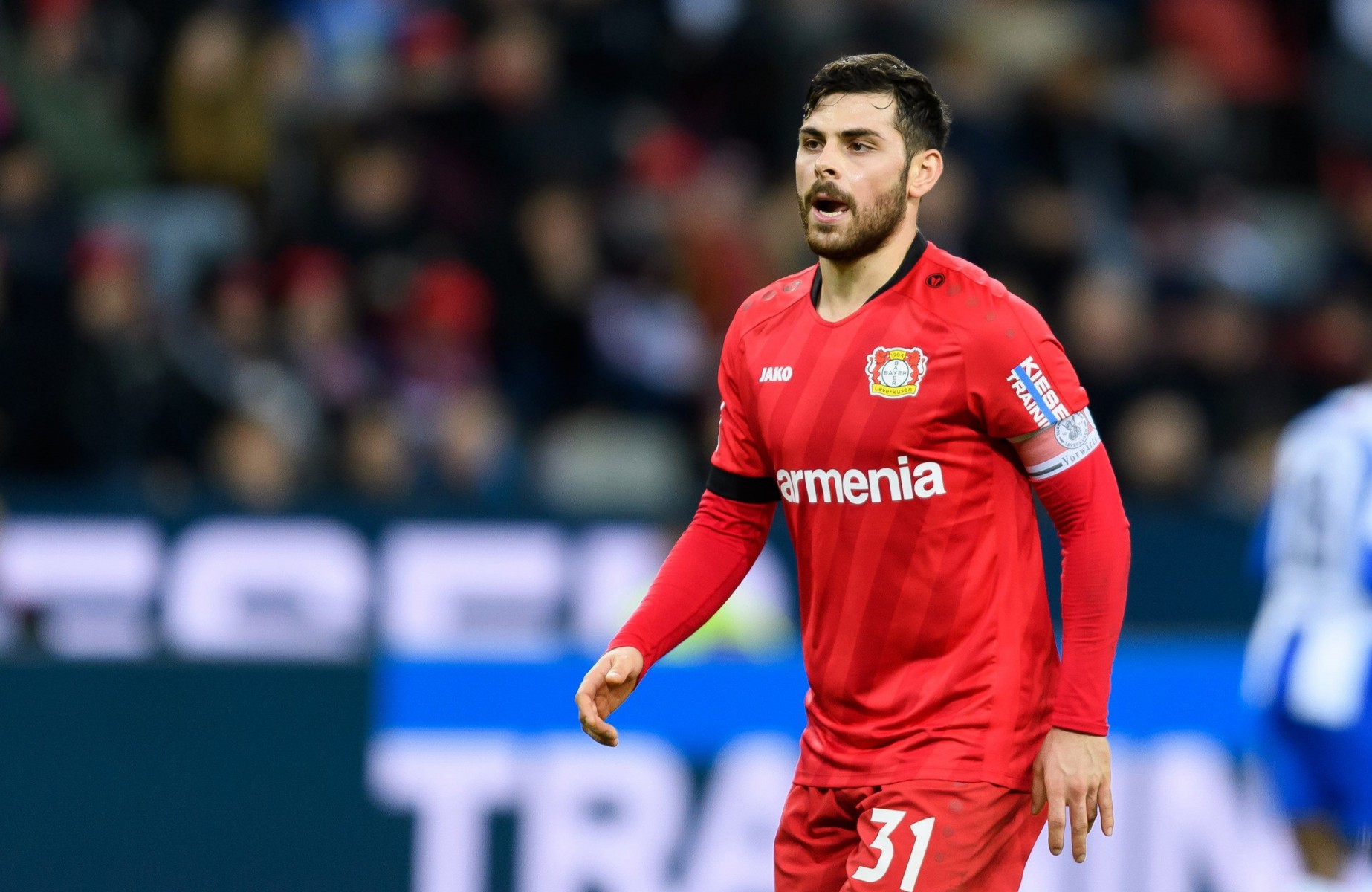 The Bundesliga side are keen to tie the 27-year-old forward to the club with a new long-term deal.

The Gunners have been scouting the forward, who has notched five goals so far this season.

It had been reported that new boss Mikel Arteta was keen to make Volland his first signing since returning to the Emirates as head coach.

Despite having only 18 months left on his current deal, Leverkusen are confident that they will be able to hold on to their star man in January by offering him a new contract.

Leverkusen are not entertained by interest from North London, as they hope Volland will be a key man for them in the second half of the season.

The Bundesliga side lie sixth in the table for the month-long winter break, and are hoping Volland will help them to kick on when they return to action in January.

He will also play a key part in Leverkusen’s Europa League run, with a last-32 tie against Porto on the horizon.

German international Volland has bagged five goals and seven assists in 17 games this campaign, but has failed to score in his last nine games.

According to Sky Sports, the fact that he is a left-footed striker who can also play on the right flank as well as in the No9 role makes him an attractive transfer target for Arteta.

It is reported that Arsenal are also interested in Napoli playmaker Dries Mertens, who seems destined to leave the Serie A side.

The Belgian hinted at a goodbye to Naples on Instagram after a rift between the Napoli players and owner, Aurelio De Laurentiis.

Arsenal are already well stacked up front with the likes of Pierre-Emerick Aubameyang, Alexander Lacazette, Pepe and youngster Garbiel Martinelli.

The issues are behind the frontmen, with Arsenal’s leaky defence allowing 28 goals past them in the Premier League this season.

According to reports, summer target Dayot Upamecano could finally be allowed to leave RB Leipzig next summer.

According to Le Parisien, Leipzig are confident of agreeing a deal for his replacement, Paris Saint-Germain defender Tanguy Kouassi.

The Gunners were priced out of a move for the France Under-21 international in August after failing to meet his staggering 92million release clause.

Arsenal reportedly had a 65m bid for the former Red Bull Salzburg starlet rejected this summer, and it could be that a smaller fee could finally get the deal done, with Upamecano entering the final 12 months of his contract at the end of this season.

Arsenal conclude 2019 at home to Chelsea on December 29 in a game that they feel they have to win, should they want to mount any challenge for the top four in the New Year.

Former Gunners captain Mikel Arteta was confirmed as new head coach before Christmas, and watched from the stands as Everton and Arsenal played out a boring 0-0 draw.

His first game in charge was yesterday at Bournemouth, with Pierre-Emerick Aubameyang rescuing a point on the South Coast.