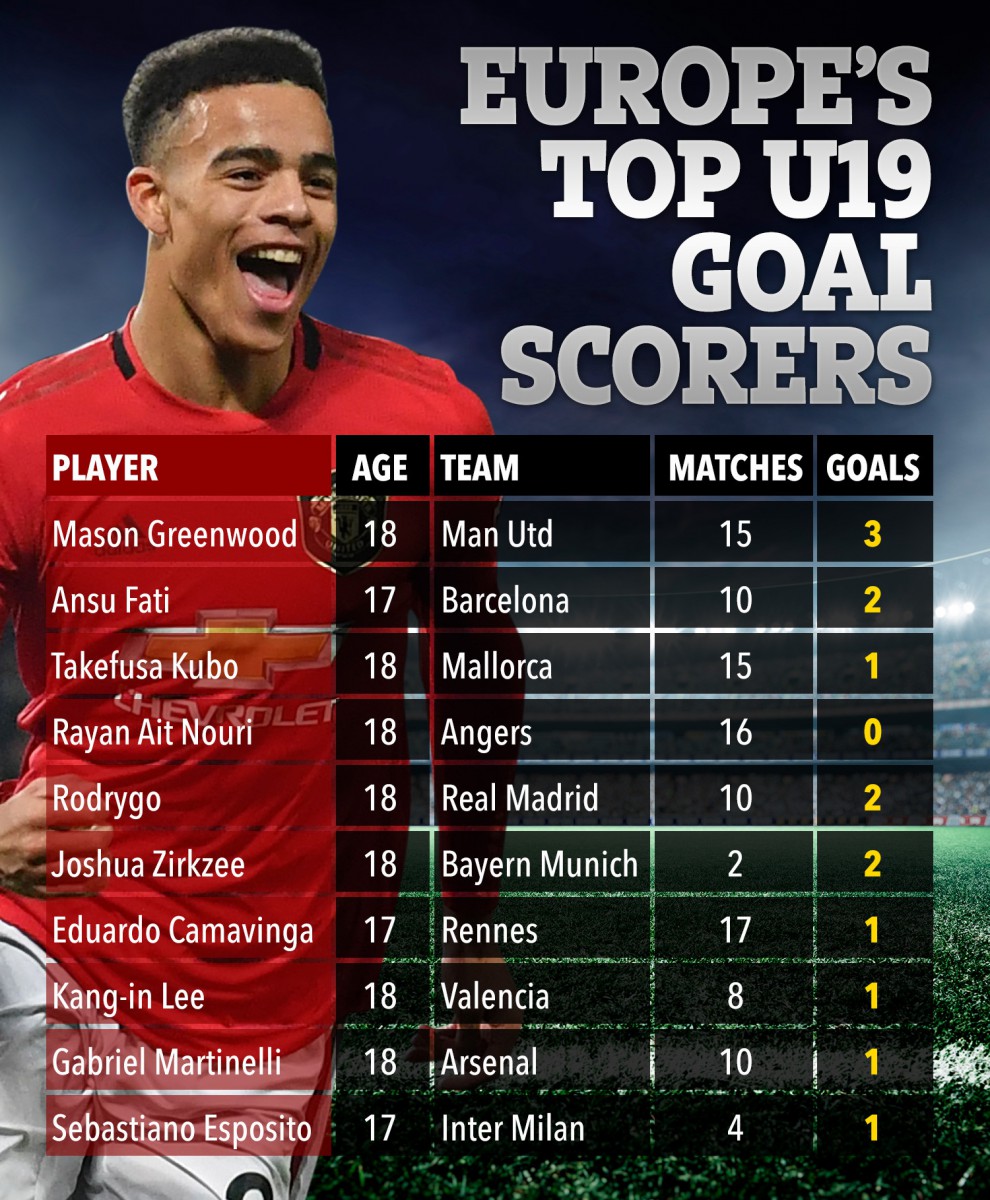 MASON GREENWOOD has scored more goals than any other under 19 player in all of Europe’s top flight leagues so far this season.

The youngster bagged United’s second as they came from behind to beat Newcastle 4-1 at old Trafford on Boxing Day.

His left-footed strike from the edge of the area took a deflection off Toon defender Federico Fernandez before rifling into the roof of the net.

But it was given to the 18-year-old and it marked his third Premier League goal from 15 appearances this season.

The only other player to even come close to that haul is Barcelona’s 17-year-old winger Ansu Fati who has two La Liga goals from ten appearances.

Bayern Munich’s Joshua Zirkzee, 18, is by far the most efficient of the youngsters having bagged twice from two Bundesliga games.

Arsenal’s Gabriel Martinelli is the only other Premier League representative in the top ten having bagged a solitary Prem goal from ten outings.

After the victory over the Magpies, United boss Ole Gunnar Solskjaer compared him to Cristiano Ronaldo.

He said: “There is not too many I can remember like him who has every single technique.

Cristiano can score just as many with his left and they are proper strikes.

But Mason can curl the ball with both feet, he is an exceptional finisher.

He has got the lot.

He’s young and has got a lot to learn, he knows that. He needs to head the ball like Marcus Rashford can.

I dont think we are going to see the best of Mason for a couple of years.

But I can remember when I was 18 but I was nowhere near the level playing at he was.