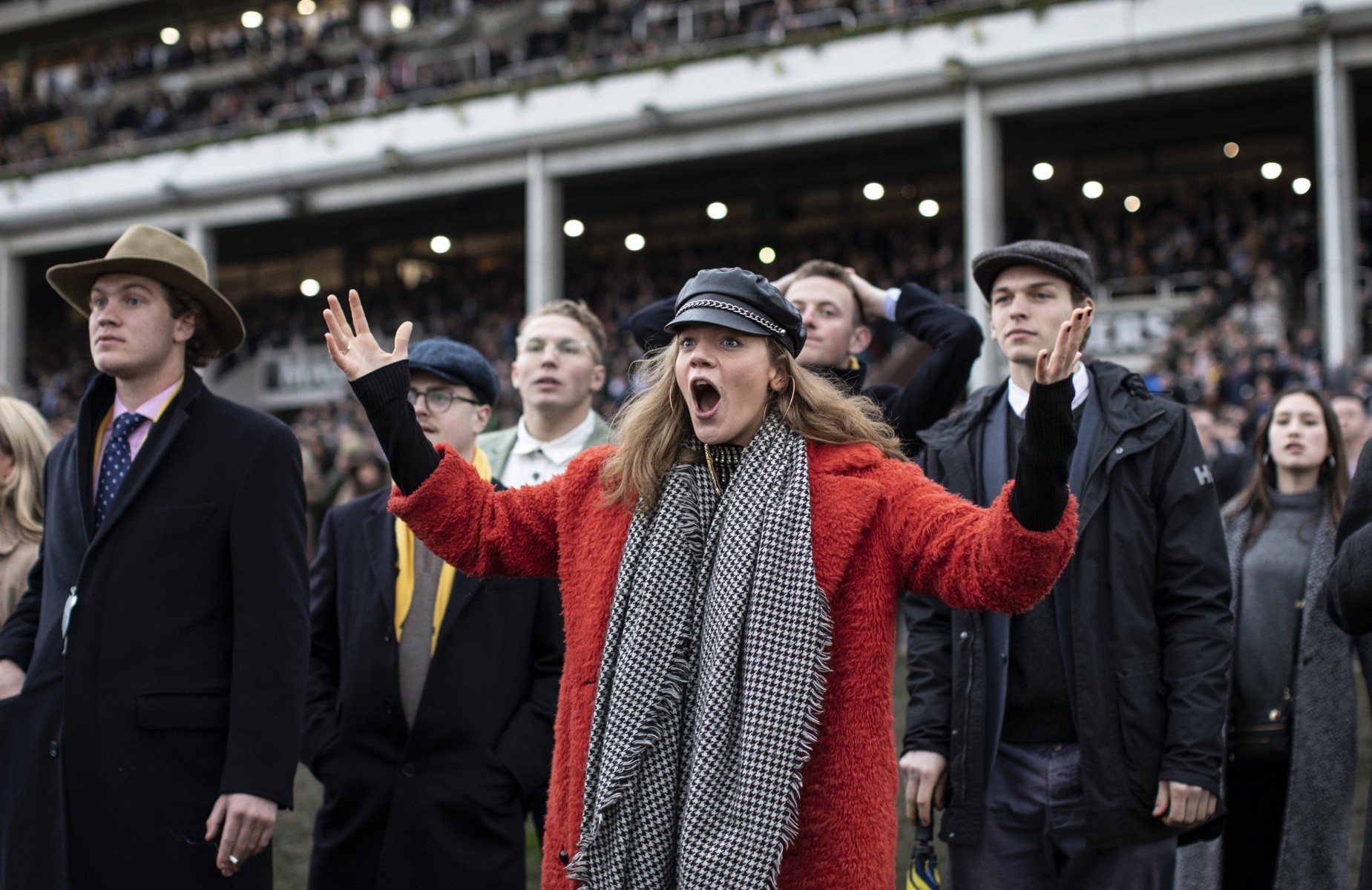 WITH Christmas over and done with, the Cheltenham Festival picture looks that little bit clearer.

ABACADABRASpulled a rabbit from the hat in the Future Champions over Christmas and looks a rock-solid challenger for the opener.

ESPRIT DU LARGEwas a fine winner of the Henry VIII Novices’ Chase at Sandown and is underestimated in the market.

NotebookandFakir D’oudarieshave held all before them across the Irish Sea and also have strong claims in an open race.

Plenty of water to go under the bridge at the moment but WHITE MOON could be a handicap snip off 140.

In a really week year, it would make sense for Henry de Bromhead to bite the bullet and runHONEYSUCKLE.

She has bags of class and should dominate from the front.

Epatanteis a clear danger after winning the Christmas Hurdle, with Saldierbest of the rest.

WithHoneysucklebetter off in the big one, it would be no surprise to seeLAURINArevert to hurdles if her chasing campaign continues to go awry.

Benie Des Dieuxshould be bang there again, whileRoksanawill give it another good go.

A very early look at this suggestsJARVEYS PLATEcould be the one if he’s dropped another couple of pounds.

A slog like this is tailor-made for DANNY WHIZZBANG,who needs a real stamina test to be seen at his best.

Champagne Classiclooks a real old plodder but has a bit of class too, whileBrahma Bullalso has claims.

All roads lead toENVOI ALLEN here. He’s the standout novice hurdler in Ireland and looks a hurdler of significant potential.

Thyme Hillis a very smart horse too and will be more likely to go here than the Albert Bartlett, whileThe Big Breakawayis as exciting as they come.

Not much has gone right forMINELLA INDOyet but his chase debut was full of promise and he’s a spring horse who will be bang on for this.

Champhas claims but the suspicion remains he’s best over slightly shorter. Battleoverdoyenhas done nothing wrong and also has claims.

Ballyandyis likely to go here rather than the Champion Hurdle and has strong claims, as does the improvingMonsieur Lecoq.

DEFI DU SEUILlooks the real deal and should be able to lift the Champion Chase. He’s got all the assets needed for the big one and can get the better ofChacun Pour Soi.

A Plus Tardwould be a big danger if coming here.

Easyslandclearly has all the tools for this sphere but it would be a massive shame ifTIGER ROLLwasn’t able to complete a stunning hat-trick in this race.

Impossible to weigh up form at this stage but LORD LAMINGTON is a horse with the right profile for this.

IfERIC BLOODAXEgoes for this then he’s the one to catch. His form in Ireland is strong and he looks a lovely beast for the future.

A fine puzzle with no end of possibilities and half the battle is working out who will run.MISTER FISHERimpressed at Cheltenham in December and has plenty more to come.

Samcrowill likely be aimed here and has a shout, as does Black Op.

This looks the right race forJATILUWIHand he can provide the improving David Maxwell with a first Festival winner.

Burrows Parkhas a chance if the ground comes up testing, while Tobefairwill be happier back in handicap company.

A who’s who of big names, with the most tempting selection beingMINover a trip at which he excels.

Frodonshouldn’t be discounted despite a couple of below-par runs this term, whileFootpadwill probably also go here.

PAISLEY PARK is by far and away the one to beat here and it would be thoroughly disappointing if he can’t win his second Stayers’ Hurdle on the bounce.

If The Cap Fitsis a clear danger, whileApples Jadecould thrive if sent over this trip at the Festival.

Look no further thanHAPPY DIVAfor this. She’s as consistent as they come and her new mark clearly doesn’t overburden her.

Warthogis a changed horse this year and should go well from the front, whileSiruh Du Lacwill make a bold bid to defend his crown.

A tough one to work out butMARIE’S ROCK really impressed at Taunton last time and it would be nice for the British mares to get one up on the Irish in this race.

The Glancing Queenhas bags of talent and should run a big one, as should the unexposedDolcita.

THE CONDITIONALis a handicapper going places and has claims back at a track he’s already won at this season.

ASPIRE TOWERhas been very impressive in both his starts over timber and will be mighty hard to catch if continuing his progression.

BothAllmankindandGoshenhave potent front-running form to their name but may have to settle for the places.

This could be the race for ELIXIR DU NUTZ, who doesn’t quite have the mettle for Grade 1 contests but will certainly be on a competitive mark.

Gumball could make it a day to remember for owner Terry Warner, while Greatwood winnerHarambecertainly isn’t without a shout.

Connections should sendThyme Hillto the Ballymore and with that in mind, this may go to FURY ROAD.

He has bags of stamina and keeps improving.Latest Exhibitionwill likely be underestimated, as willRedford Road.

This race is tailor-made for last year’s winnerAL BOUM PHOTO.He jumps, stays and has a lovely cruising speed, so should get the better of Lostintranslation.

Santiniis the forgotten horse and should not be discounted.

A race at the mercy ofWHATSWRONGWITHYOU, if he can finally put it all together.

THATSYhas the right profile for this and is as consistent as they come.

Countisteris a mare we’re still to see the best of, whileChampagne Wellis a useful tool at this level.