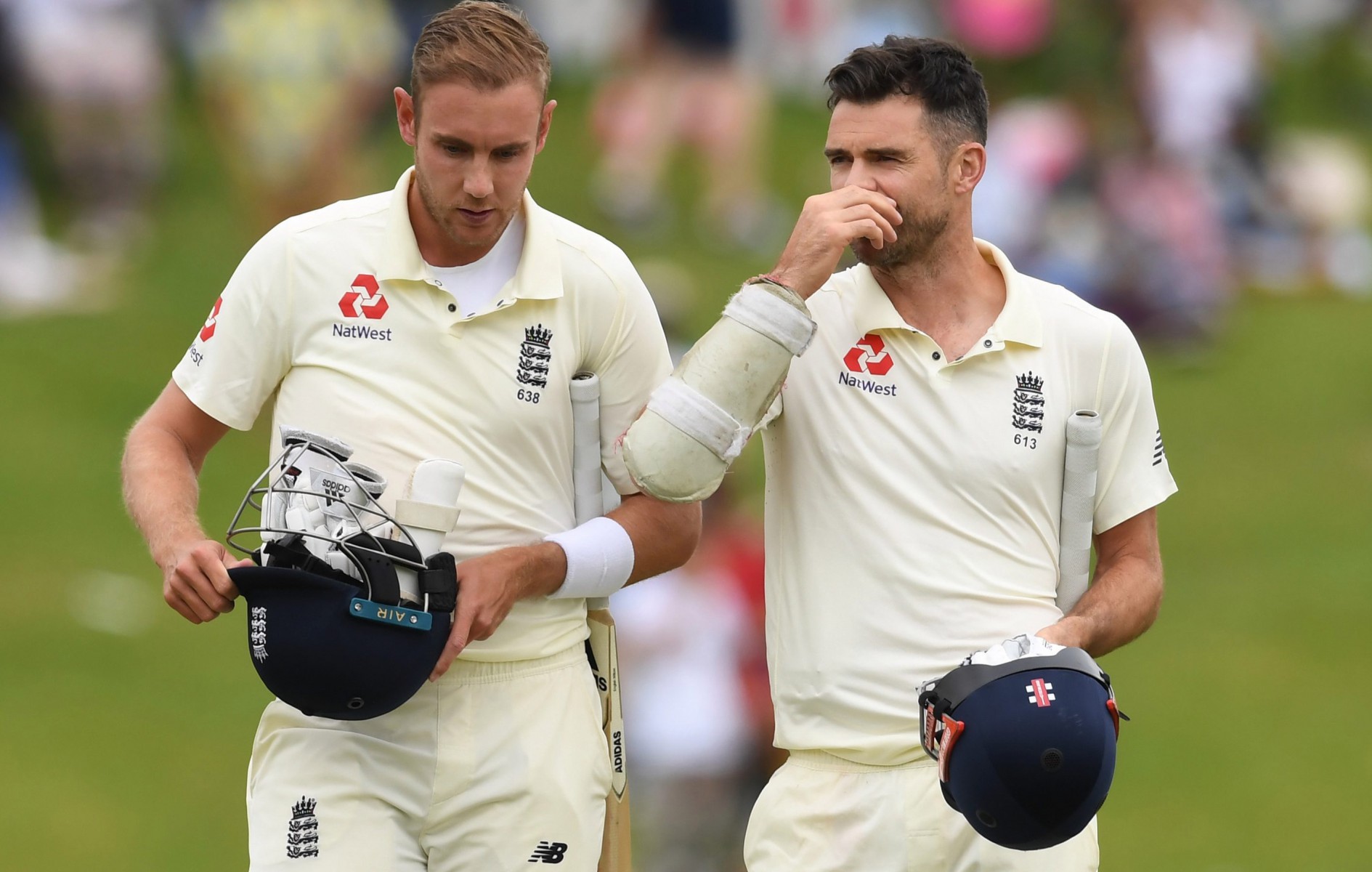 CHRIS SILVERWOOD faces a significant test of his character and quality as a head coach of England less than three months into his job.

In the aftermath of his sides 107-run defeat to South Africa in the First Test, it is clear he has a huge task to help drag his team back into the series.

The problems are piling up at Silverwoods door and the way he responds will tell us much about his long-term prospects of success.

Batsman Dom Sibley yesterday became the latest player to be struck by the illness epidemic.

That means a total of 11 players, four backroom staff and two liaison officers have been sick in the past fortnight.

The health issues have made planning and preparation more difficult but Silverwood, like captain Joe Root, refuses to use it as an excuse for some of the calamitous cricket England played in Centurion.

Silverwoods next big move could be to decide whether to drop Stuart Broad or Jimmy Anderson for the Second Test in Cape Town on Friday should England include spinner Dom Bess. Does he have the courage?

Silverwood says he does and insisted: In Jimmy and Stu, we have a wealth of experience and wed be stupid not to take that into consideration every game.

But, equally, you want youngsters to come through. If theres a big decision to be made, were not afraid to make it.

The former fast bowler refuses to criticise his players in public but, behind the scenes, can he plug in the hairdryer? Sometimes, a rollocking is necessary but there is a feeling the dressing room is a little too cosy with plenty of introverted characters.

That impression was enhanced when Silverwood, the inside man as bowling coach, was promoted ahead of more experienced international operators such as South African Gary Kirsten.

Kirsten, apparently believing it was a rubber-stamp job, mucked up his interview and was reportedly more worried about securing time off than when he would actually work.

Under Silverwood and Root and in the wake of the World Cup triumph, England are trying to prioritise Test cricket, with the long-term aim of regaining The Ashes in 2021-22. Silverwood started with a 1-0 defeat in New Zealand and, right now, beating the Aussies in their own backyard looks like pure fantasy.

With Jack Leachs capacity to stay healthy now a proper concern he has Crohns disease, which affects the immune system and Moeen Ali on self-imposed exile from Test cricket, the spin bowling cupboard is almost empty.

Moeen is angry his lucrative central contract was cancelled while Jonny Bairstow, also dropped from the Tests in New Zealand after a poor Ashes, kept his.

Bairstow, for his part, remains upset at losing the wicketkeeping gloves and being shunted up and down the order. His Test career could be placed on hold.

It means Bess here as cover for the sick players is likely to play in Cape Town ahead of Lancashire leggie Matt Parkinson, who is part of the original squad.

Jos Buttlers form continues to disappoint and Roots tactics in the First Test were roundly criticised.

So, if England are to win the series against a team who had lost their previous five Tests before this weeks win over England, over us, Silverwood needs courage, skill, a persuasive tongue and probably a dollop of luck.

He added: Were progressing but its not all going to happen overnight. Some cogs will turn faster than others.

Were still working on building first innings runs, building foundations, because we have players down the order who can really hurt opponents.

We need to flip it on its head. Our character has to come out in the first innings.

We cant be reactive all the time, we have to get the first punch in.