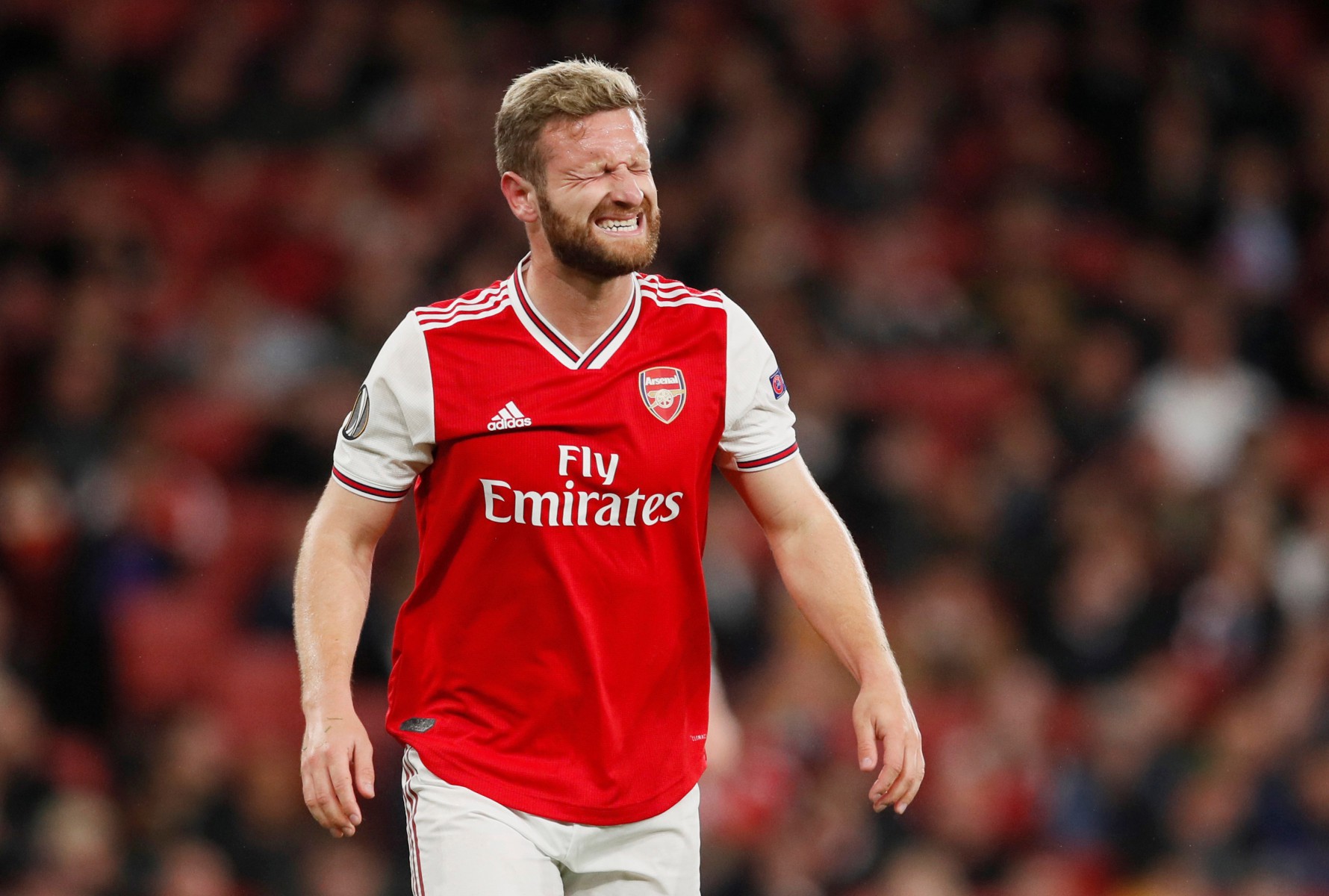 Yet should the Gunners allow the much-maligned German to see out the rest of his 80,000-a-week contract, they will have shelled out almost 60million in transfer fees and wages on the defender alone.

Mustafi, a 35m signing from Valencia in 2016, has only made three appearances for the north London club this season.

However, he stands to rake in another 8.3million in wages if Arsenal fail to shift him on in the upcoming transfer windows.

Mustafi was given a rare Premier League appearance in the 2-1 defeat against Chelsea, with the centre-back at fault for Tammy Abraham’s winner.

The German was criticised for allowing the England striker to control the ball in the box and turn to fire past Bernd Leno.

And speaking on Match of the Day, Gunners legend Wright urged Arteta to cut his losses on the 27-year-old.

He said: “Mustafi was absolutely petrified of him [Tammy Abraham].

“You have got someone like Arteta coming in but theres nothing you can do to coach a defender of his experience now, those are the type of players hes got to be looking to get rid of.”

Despite the defeat at the Emirates, Wright hailed former Manchester City assistant Arteta for the work he has done at the club already.

He added: “When you look at the two games theres definite improvement in Arsenal.

“You just think what they could have done had they gone with the appointment after the Leicester game at the international break.
“Its one and two touch all the way and its really quick. Fantastic zip, the fans should be happy with what theyre seeing at the moment but give Chelsea credit for what theyve done today.”