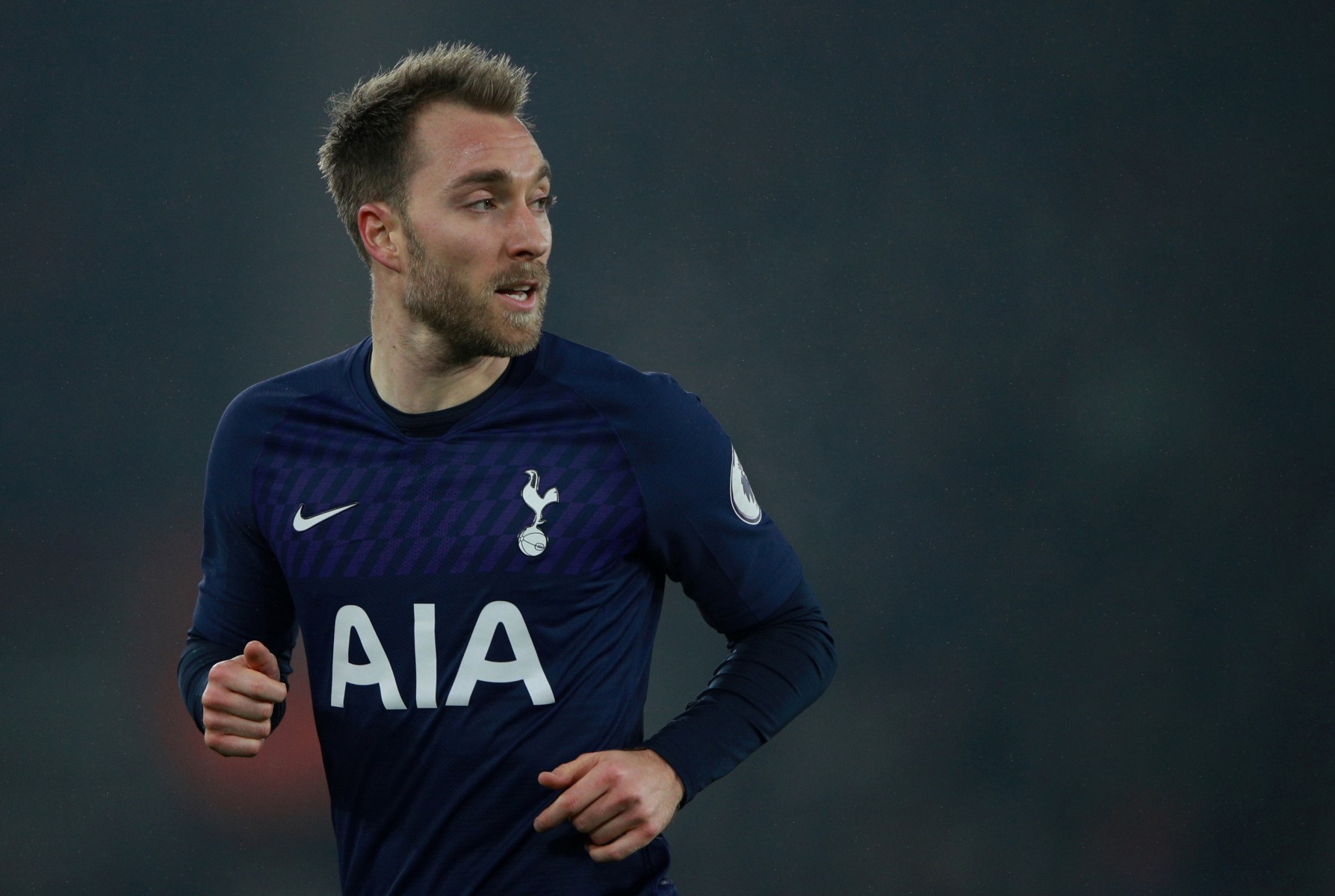 MANCHESTER UNITEDS hopes of signing Christian Eriksen have suffered a blow after Inter Milan opened talks with the Tottenham star.

The Danish international is out of contract in June with the North London club and is now free to discuss terms with teams overseas.

And Italian football journalist Gianluca Di Marzio claims Inters directors have begun contacts with the agents of the attacker.

His report says the Nerazzurri originally planned to bring Eriksen to Serie A in the summer.

Now they have been holding talks in London over a potential transfer this month.

Spurs would rather offload the 27-year-old, who handed in a transfer request last summer, now rather than risk losing him for nothing.

And todays report states they would be willing to do business with Inter for around 17m.

The San Siro outfit are extremely keen on the ex-Ajax playmaker, however it is believed they are firstly attempting to sign Arturo Vidal from Barcelona before the winter window closes.

But if their pursuit of the Chilean is unsuccessful then Inter will attempt to acquire Eriksen this month.

United emerged as the early favourites to sign him despite ongoing interest from Real Madrid.

TheRed Devils are willing to wait until the summer to sign him for free– rather than splash the cash for him in January.

He said: We are so open with one another.

We keep it to ourselves. Obviously I share it with my boss, but it’s just between us.