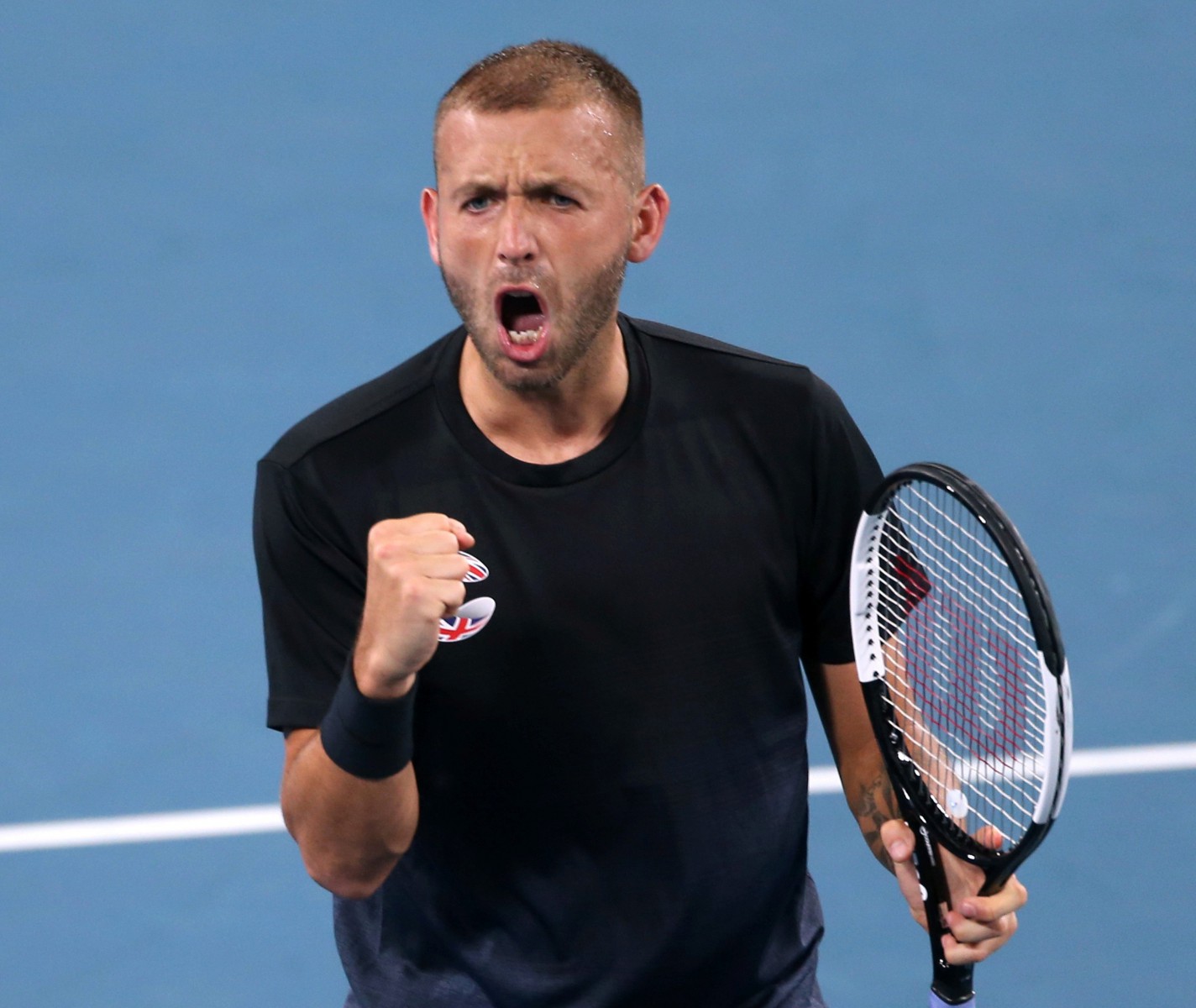 After Cameron Norrie suffered a shock loss to Steve Darcis, Dan Evans secured a famous 6-4 6-4 victory over world No11 David Goffin to level the tie.

Doubles pair Jamie Murray and Joe Salisbury then teamed up again to edge the deciding rubber and keep the Brits in the inaugural edition of the event held across Australia.

Tim Henman’s side had to beat Sunday’s opponents or knew they would be sent crashing out after defeat to Bulgaria on Friday.

But things did not start well when British No2 Norrie, 24, went down to veteran Darcis.

The 35-year-old Belgian player-captain is retiring after this month’s Australian Open but proved he still has plenty of fight – and class.

He outplayed Norrie, breaking the Johannesburg-born star’s serve twice in each set on his way to a 6-2 6-4 victory.

That put the pressure on Britain’s No1 Evans, 29, who had to beat Goffin to keep the tie alive.

But he came flying out of the blocks, breaking immediately, and took the opening set 6-4, serving it out at the second time of asking.

Evans made another lightning-quick start in the second to take a 4-0 lead with the double break.

But Goffin – who is a three-time Grand Slam quarter-finalist – battled back but on Evans’ fifth match point, the 2017 ATP Finals runner-up dragged a forehand wide.

Murray and Salisbury lost a marathon doubles clash on Friday, finally going down 7-6 6-7 11-9 at 2.47am local time in Sydney despite having two match points in the match tie-break.

History threatened to repeat itself against Belgian pair Sander Gille and Joran Vliegen.

After taking the opener 6-3, the British pair let two match points slip in the second before finally seeing out the tie-break 9-7 after one hour and 32 minutes.

Murray hailed Evans’ performance and added he was determined to make amends after the Bulgaria defeat.

“Me, personally, I don’t know how Joe felt, but I was, like, ‘I cannot let that slide.’

And…. stretch from Jamie Murray!

“We had another chance at it to win a title, and we can’t let it go again.

“We’ve got to win that match and make his performance count for something.”

Great Britain play Moldova in their final group-stage tie on Tuesday knowing they are in with a chance of progressing to the quarter-finals of the ATP Cup.