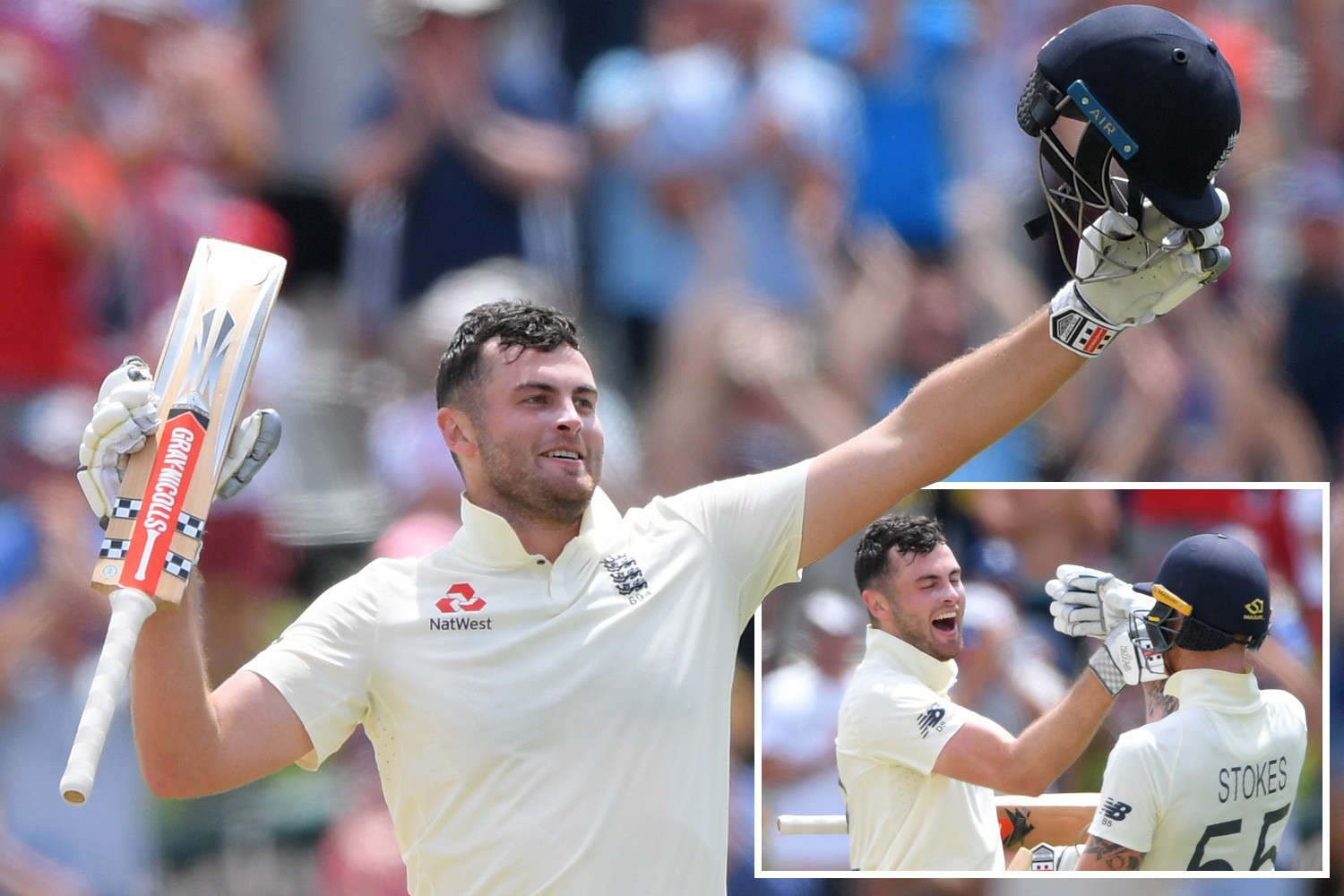 DOM SIBLEY made his maiden Test century as Ben Stokes took the attack to South Africa on day four of the Second Test.

The England opening batsman, 24, reached his three-figures midway through the morning session on day four.

Sibley edged through the slips on 95 to come within one run of his ton, before uncharacteristically sweeping spinner Keshav Maharaj to the boundary.

As the ball crashed into the rope, the Barmy Army erupted at Newlands to celebrate the incredible milestone.

Let’s be honest, there will be times when Sibley is the perfect cure for insomnia.

He loves batting and has limitless patience… thats why England chose him for Test cricket and there are signs he might be able to succeed on the ultimate stage.

All the while, at the other end, Stokes brought up his half-century from just 35 balls as he races towards a ton of his own as only he can…

Sibleys half-century arrived from 140 balls with eight fours and he sped up a fraction in the second 50, ultimately reaching his well-deserved maiden Test century from 269 balls.