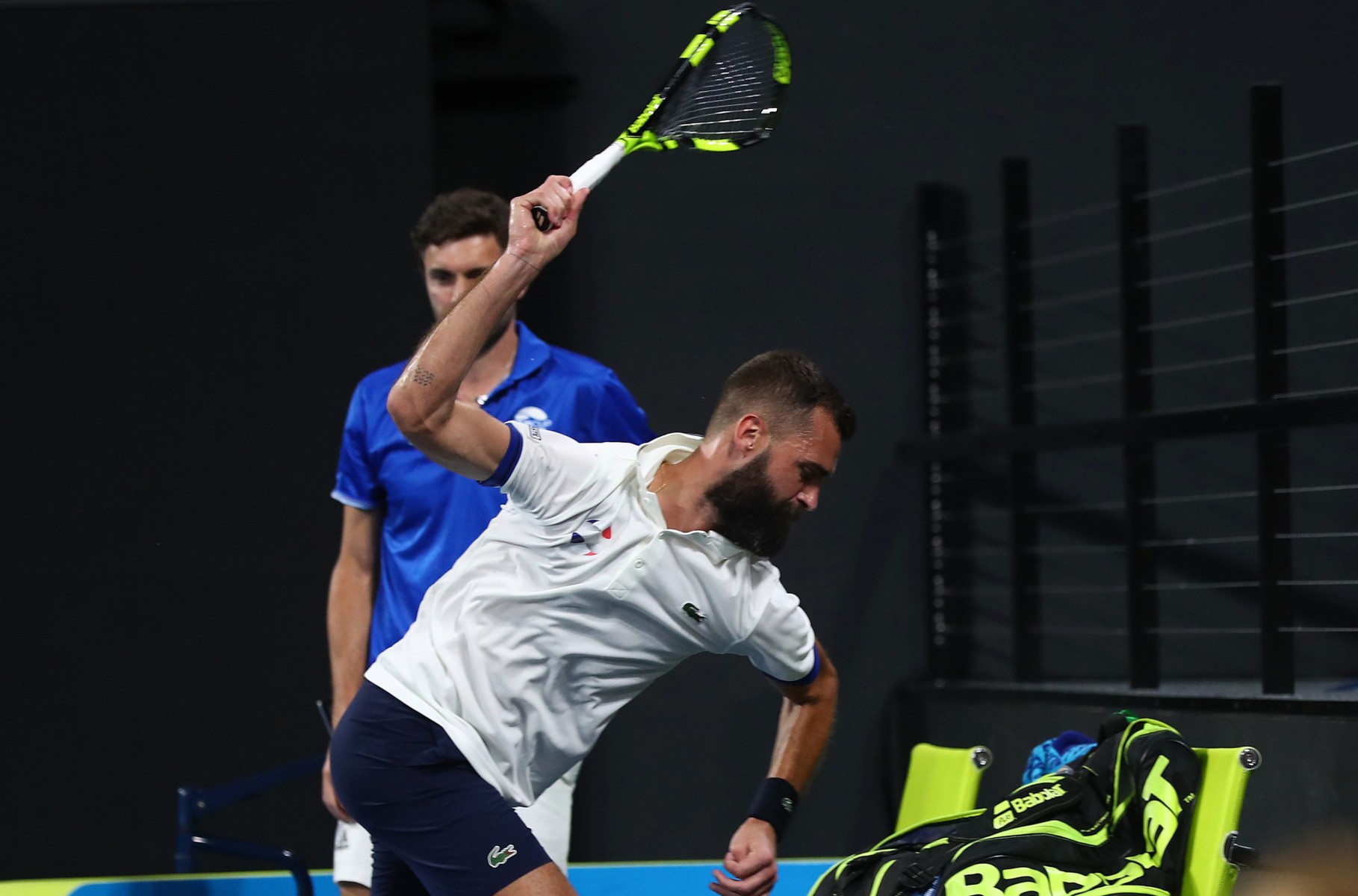 In an extraordinary example of petulance, the world No.24 suffered a meltdown after losing the second set to Serbian Dusan Lajovic in the Group A clash.

As he walked back to his chair, he gobbed to the floor and then picked up a loose racket before crashing it on the ground three times in anger.

He also smashed another racket, threw two bottles and during the match even VOLLEYED an unreturned serve with his left foot in frustration.

Somehow, though, Paire managed to control his emotions as he won 6-2 6-7 6-4 in the opening rubber in Brisbane.

The 30-year-old has fallen foul of authorities in the past, once spitting in protest at the 2018 Madrid Open.

A few days ago he said the best thing off-court about starting the season Down Under was the Australian girls are very nice.

Australia is reeling from devastating bushfires across the various States and the first Grand Slam of the year could be affected if the air quality index reading remains above the 200 mark.

The event starts on Monday January 20.

Craig Tiley, the chief executive of Tennis Australia and tournament director of the Australian Open, said: We have access to real-time monitoring of air quality at all of our venues.

We are working closely with medical personnel and local experts onsite to ensure we have the best possible information available to make any decisions regarding whether play should be halted at any point.

The health of players, fans and staff is a priority at all times and we will continue to make these decisions with that in mind.