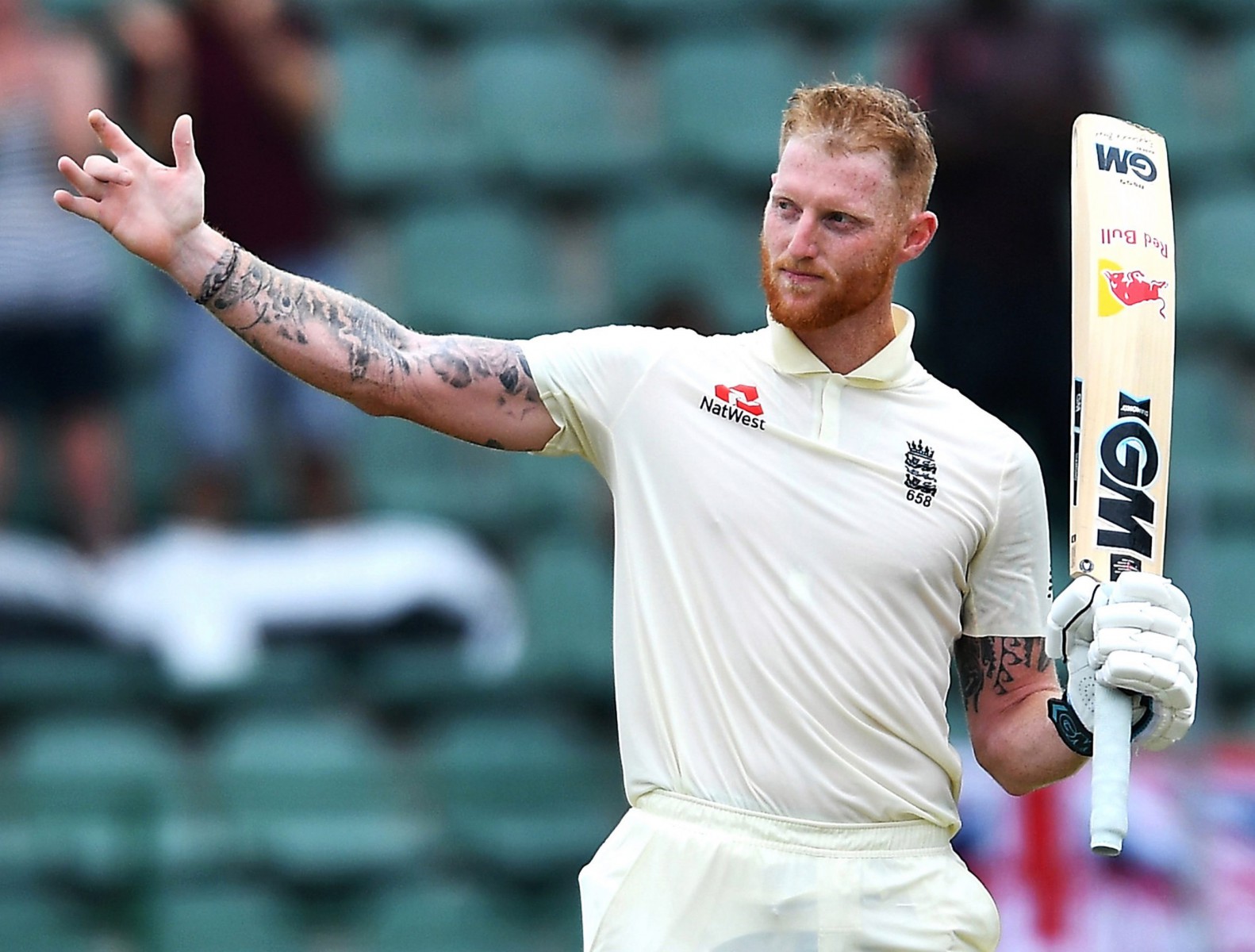 BEN STOKES celebrated his ninth Test century with a heartfelt gesture to his stricken dad in hospital.

The England hero, 28, smashed a brilliant 120 to put his side in control of the Third Test against South Africa.

And after completing his ton in Port Elizabeth, he did his trademark finger move, folding his middle finger in.

Sports Personality of the Year Stokes has done the gesture for many years to pay reference to his dad Gerard – known as Ged – who had part of his middle finger amputated to overcome persistent dislocations.

Ged, a former New Zealand rugby league player, is in hospital in Johannesburg after falling seriously ill just before Christmas.

Stokes’ father follows his son’s cricket career closely and had flown to watch him in action in South Africa from the family home in New Zealand.

The all-rounder has regularly done the gesture, even in official team photographs, throughout his career.

Sky Sports commentator Nasser Hussain said: “That signal there is for his old man.

“His fingers up in the air, his old man still in hospital, having a difficult time.

“His lad doesnt forget. What a player he is.”

And Stokes – who was pivotal in England winning the Second Test in Cape Town to level the series – did his dad proud again with another emphatic innings in Port Elizabeth.

His 120 – together with an unbeaten 135 from Ollie Pope – helped England to 499-9 before Joe Root finally declared late on the second day.

A once in a generation cricketer. And he's ours.

Tailender Mark Wood put on 42 from 23 balls including two fours and five sixes to bolster the scoreboard for the tourists.

England were also given a major boost earlier on Friday when it was confirmed South African’s main pace bowler Kagiso Rabada would be banned for the Fourth Test.

He accumulated his fourth demerit point in 24 months after his over-the-top celebration after dismissing Joe Root on the first day in Port Elizabeth.