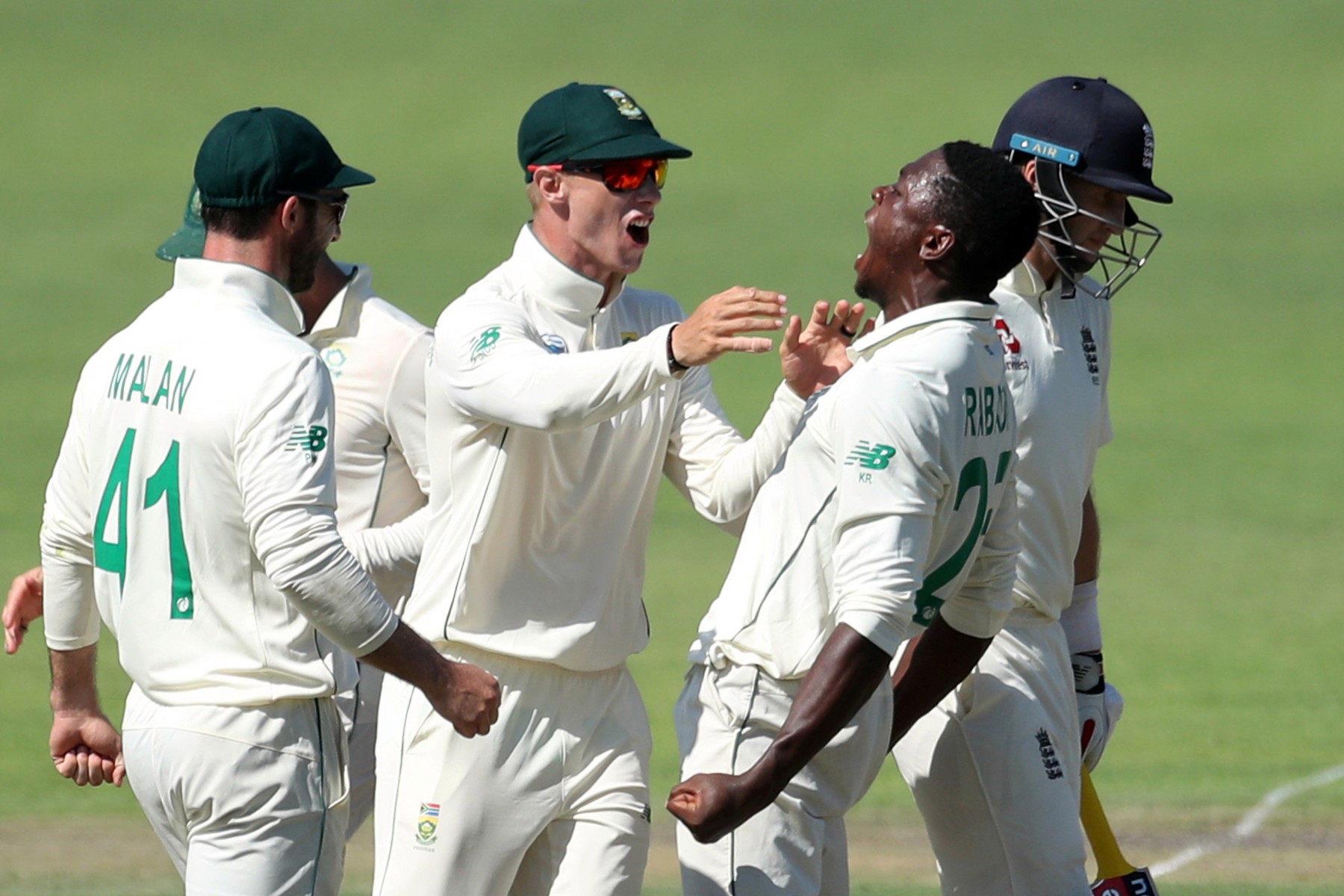 ENGLANDS hopes of winning the series received a huge boost when South African fast bowler Kagiso Rabada was banned for the Fourth Test.

Rabada will miss the match at the famous Wanderers ground in Johannesburg on January 24 after his over-the-top celebration of Joe Roots wicket on Thursday.

He ran down the pitch, crouched and roared his delight after shattering Roots stumps on day one of the Third Test.

Rabada was fined 15 per cent of his match fee by referee Andy Pycroft and received one demerit point for a level one breach of the ICC Code of Conduct.

He was found to have used language, actions or gestures which disparage or which could provoke an aggressive reaction from a batter upon his or her dismissal during an international match.

It means Rabada has accumulated four demerit points in a 24-month period and is handed an automatic one-match ban.

The decision caused widespread division with some pundits such as Kevin Pietersen saying Rabada was wrong to invade Roots space.

Rabada gets one to stay low and it cannons into Root's off stump! Big wicket for South Africa and England are 148-4.

“Result – Wanderers Test will be poorer for no Rabada. PS I know he has previous!