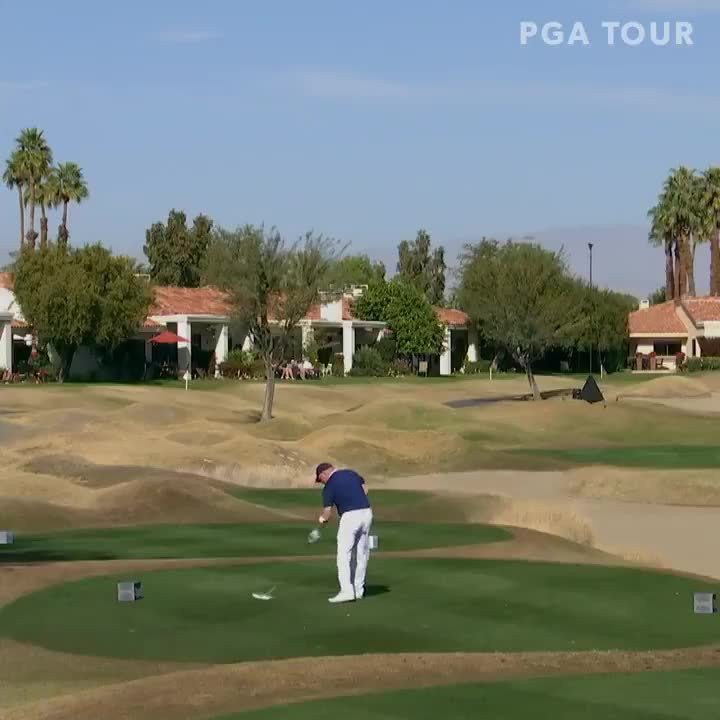 AN AMATEUR one-armed golfer stunned fellow pros after he sensationally hit a hole-in-one.

Laurent Hurtubise was competing in the PGA American Express tournament on Thursday when he hit an ace on the 151-yard fourth hole.

Hurtubise was born with one arm and has been swinging a club since taking up golf at the age of 11.

Standing over the ball, he swung his iron with his left hand catching the ball flush in the middle of the club.

The ball landed on the front of the green before racing towards the hole and dropping into the cup.

A Hurtubise launched his cap in the air in celebration while his playing partner and three-time PGA Tour winner Troy Merrit couldn’t hide his delight.

The tournament gives amateurs to chance to play alongside pros and Merritt described it as the “coolest experience he’s had on the course.”

Fellow pro Greg Chalmers was also playing in the group told The PGA: “It was one of those shots where you always thought, hang on — this could go in here.

“It landed around the front of the green and we were all watching it closely as it tracked toward the hole and then bang, it disappeared.

“We all went up in celebration and Laurent went ballistic and maybe let out a few choice words, but who could blame him?”

Hurtubise was given a huge reception from the crowd as he trotted down the fairway to get his ball out of the cup.

He previously told the Desert Sun how he wants to become an inspiration to others with a disability.

He said: “As a kid, sports was a way for me to prove that even though I had a difference that I could perform as well as normal people … as they call them.

“People have differences and handicaps and whatever, but it was my way to prove that I could be as good as everybody else.”