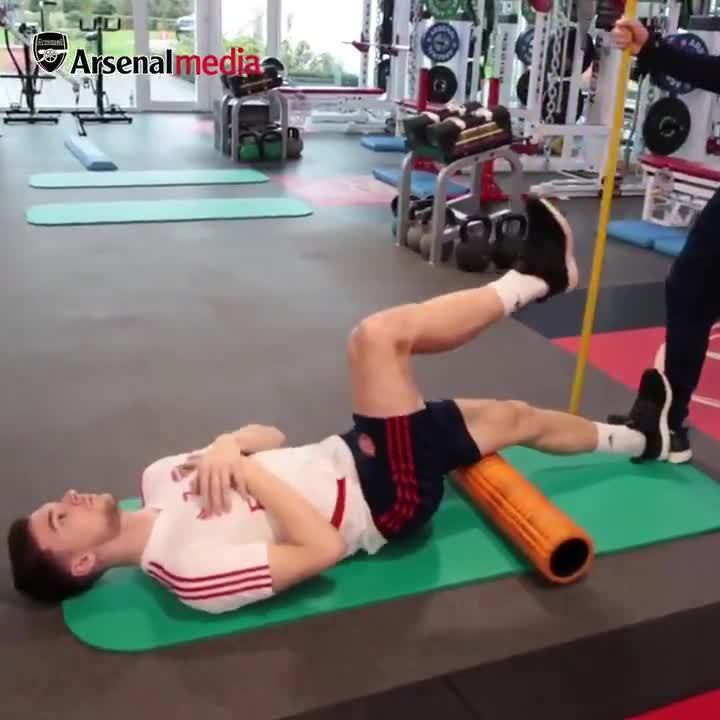 KIERAN TIERNEY has been knuckling down in the gym as he continues his recovery from injury.

The Scottish defender underwent surgery last month after he dislocated his shoulder against West Ham.

Tierney was forced off the pitch on December 9 with his arm in a makeshift sling.

The 22-year-old, who completed a 25million move from Celtic on Deadline Day, is expected to be out of action for three months.

But he has been working up a sweat in the gym in a desperate bid to speed up his recovery.

Arsenal’s official Twitter page tweeted a video of him in action alongside the caption: “Working towards the comeback!”

In the clip, Tierney can be seen performing a range of exercises which appear to work his legs and upper body.

In response, one fan said: “He can hold stuff? I think he’s fine. Start him Saturday.”

Another said: “He’s fine, start him on Saturday.”

One Twitter user replied: “His shoulder looks fine to me. Surely he doesn’t need to be out all the way until March?”

Tierney made just five appearances in the league for the Gunners this season before he was ruled out of action.

And he will watch from the sidelines when Mikel Arteta’s men take on Sheffield United on Saturday.