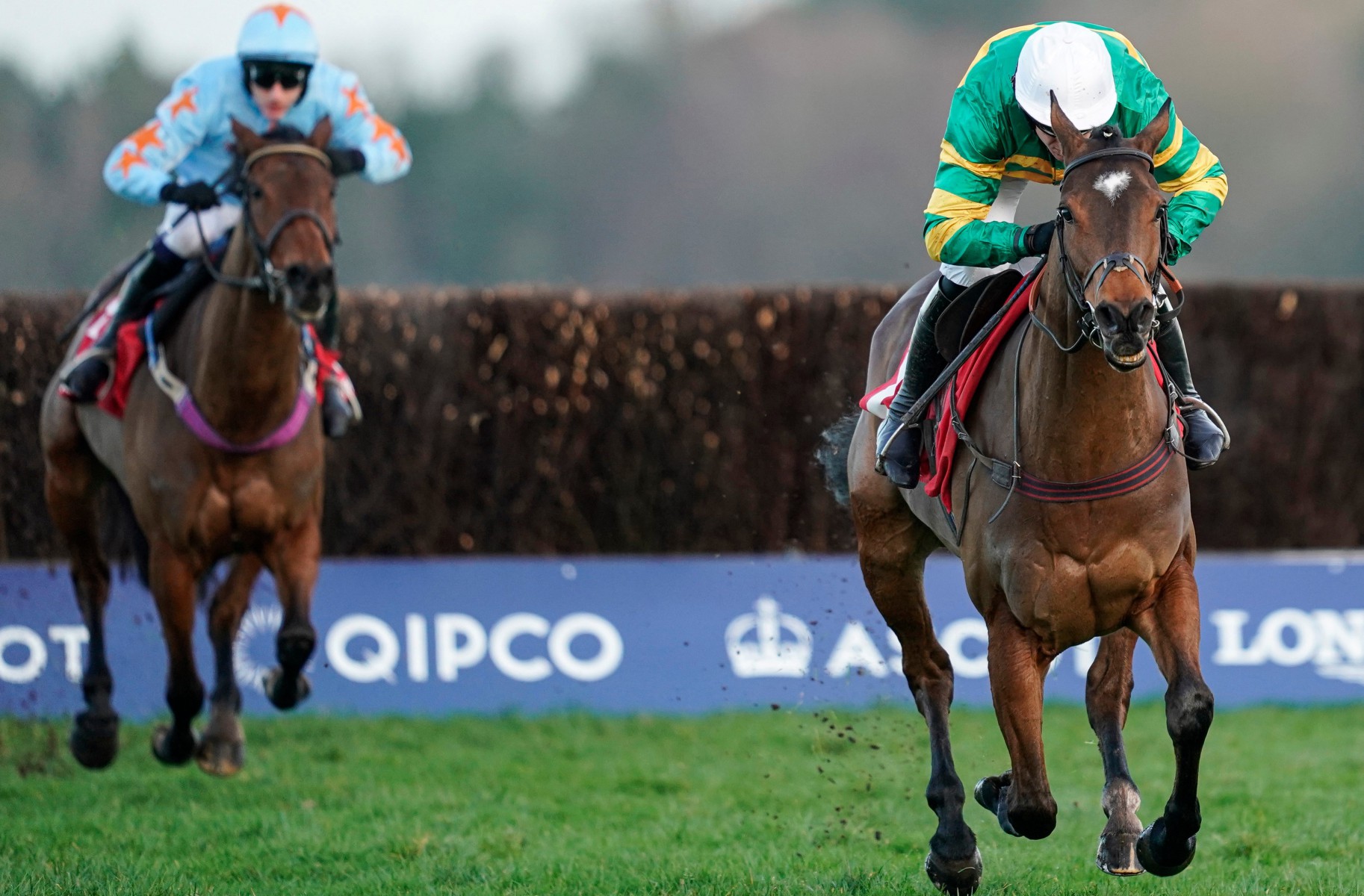 DEFI Du Seuil played the role of party pooper as he saw off the gallant Un De Sceaux in the Clarence House Chase.

The Irish came in their droves to Ascot but had to settle for second as Philip Hobbs star was all class to win his sixth Grade 1 by two-and-three quarter lengths.

Willie Mullins went in search of a record fourth Clarence House with his 12-year-old, but Barry Geraghty popped that balloon as Defi Du Seuil jumped to the head of the betting for the Champion Chase.

The pair – sent off joint 11-10 favourites – renewed their rivalry after a thrilling Tingle Creek last month, but it was Defi Du Seuil who confirmed the form in style.

As expected Geraghty was happy to track the Irish raider throughout, and a huge jump two out ended the contest as Defi Du Seuil shot clear.

Hobbs said: I couldnt have imagined we would have won that so easily.

He travelled and jumped well throughout, we could have done with a stronger pace and the small field was never going to help.

It certainly wasnt the plan to be in front when we were but I suppose we had no option really and he saw it out well.

Fan favourite Un De Sceaux was given a heroes reception as he returned home, but Mullins felt his horse was never at the races.

He said: I thought the winner won very well and has clearly come forward from Sandown but we didnt. Im disappointed as I thought the ground would suit us.

Paul Townend said he didnt really fire so there we are.

Winning jockey Geraghty was all smiles afterwards in the famous green and gold of JP McManus.

A clash with Altior in the Champion Chase has the Irishman licking his lips but Geraghty could not help but think of the legendary Moscow Flyer in the aftermath.

He said: That was dazzling and breathtaking! He was brilliant, I just love riding him.

Hes not the biggest but he just has so much scope and hes just always so up for it and thats what you need in a good two mile chaser.

Moscow Flyer wasnt the biggest or flashiest but he was up for it and thats the same with this lad.

What do we think?

Trainer Gary Moore was a relieved man after Goshen (1-5) routed his rivals by 11 lengths in the opening juvenile hurdle.

His four-year-old remained unbeaten over hurdles but bookies were left in a muddle, with some making him the clear 5-1 jolly and others pushing him out to 7s for the Triumph at Cheltenham.

He jumped right early – which could be a problem at the Festival – and Moore may give him another spin in either the Adonis Hurdle at Kempton or the Victor Ludorum at Haydock in mid-February.

Moore smiled: Hes the best juvenile Ive had by a mile.