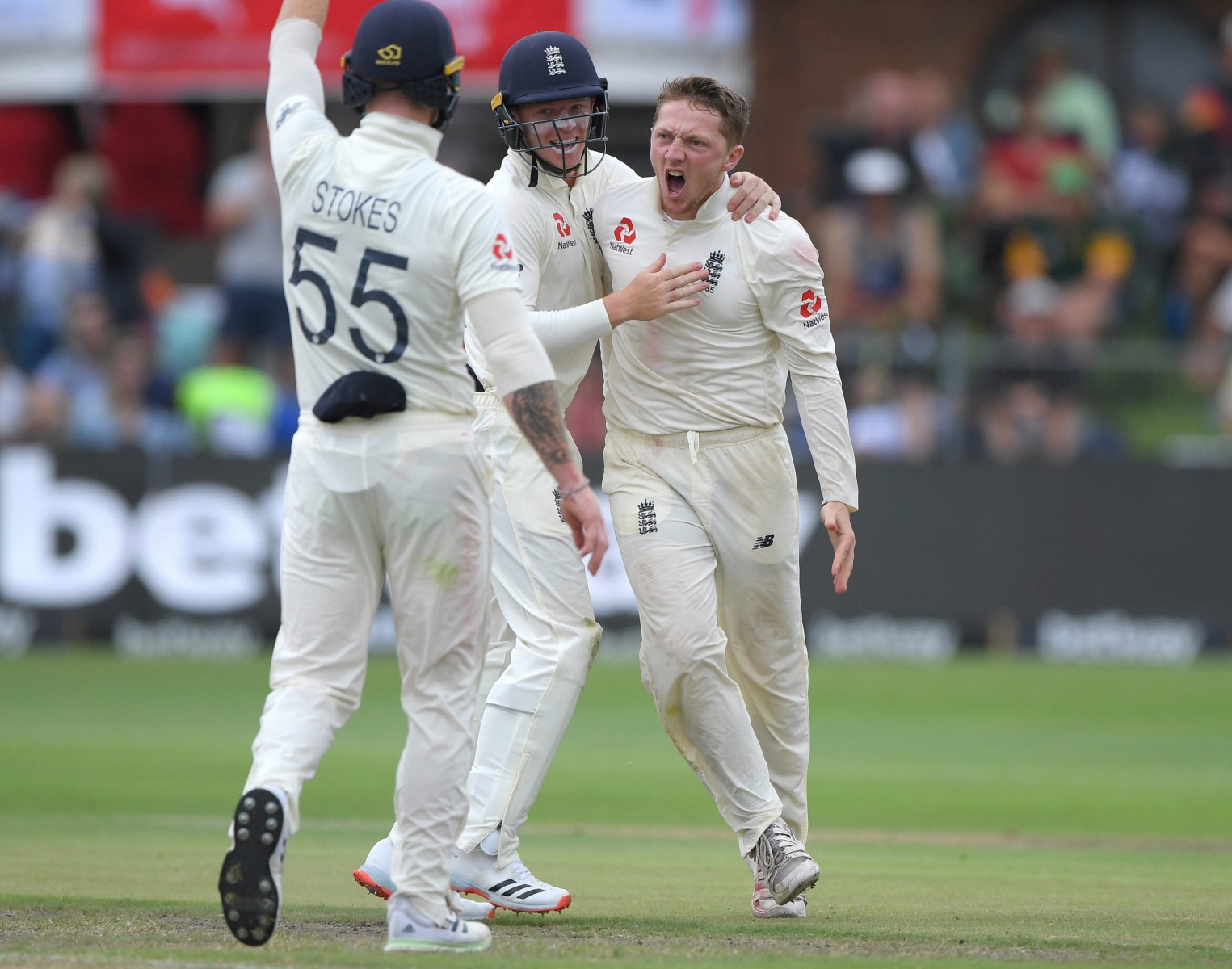 DOM BESS spun himself several slices of history by taking the first five South African wickets in the Third Test.

The youngster displayed guile, accuracy and decent turn but England were ultimately frustrated by rain, batting resistance and dropped catches.

At the age of 22 years and 180 days, Bess became the youngest slow man ever to achieve a five-wicket haul for England overseas.

And he is the first England spinner since Derek Underwood against the Aussies in 1974-75 to snare the five wickets in an opposing teams innings.

And to think Bess was not meant to be in South Africa.

He arrived only as cover for his friend and Somerset team-mate Jack Leach but has played in both the Second and Third Tests because of Leachs illness.

It was the same when Bess appeared in two Tests at home in 2018 – he was chosen only because Leach broke a thumb.

Bess is often left out by Somerset and last summer he went on loan to Yorkshire. So it has been a round-the-houses route back into the England team.

Ben Stokes had a say when he removed stubborn nightwatchman Anrich Nortje after more than three hours at the crease.

But incredibly the champion all-rounder dropped Quinton de Kock three times and the wicketkeeper is now 63 not out. In total, England spilled six chances.

The result could depend on whether England dismiss South Africa for fewer than 300 and enforce the follow-on.

Captains rarely make opponents bat again these days but it could be Joe Roots most direct path to victory.

Bess had two wickets on day two and was soon snaring victims on the third morning.

Left-handed opener Dean Elgar was caught by Ollie Pope diving forward at silly point and then under-pressure skipper Faf de Plessis was out for eight.

He tried to be aggressive by twice driving Bess down the ground for four but then turned another catch to Pope, his third of the innings.

What an eventful match the young Surrey batsman is having.

Nortje was spilled at slip by Root off Bess, a straightforward chance on three that went straight into Roots bread basket and out again.

Rassie van der Dussen was put down by Pope – a sharp, one-handed half-chance – but next ball he played on to Bess.

That gave Bess his five-for, another of Englands new generation to have an impact on this series.

He undercut the late Eric Hollies (22 years and 254 days v West Indies in 1935) as the youngest spinner to take five-for in an away Test.

Bess looks a much better bowler than when he first played for England.

He had a break from cricket towards the end of the summer but then went to a spin camp in India where he worked with recently-retired Sri Lankan left-armer Rangana Herath.

The effect has been dramatic. He performed an effective containing role in the win in Cape Town and here, with the pitch offering more assistance, he became an attacking option.

Bess has ensured his selection as one of the spinners for Englands two-Test tour of Sri Lanka in March.

Mark Wood bowled with plenty of pace and hostility at the other end and, although he didnt take any wickets, none of the Proteas was comfortable against him.

Wood might have had one wicket but Pope could not cling onto a sharp, right-handed chance under the lid when Nortje had scored 14.

Stokes dropped a low chance at slip offered by de Kock on 30 off Roots off-spin and then repeated the error with a miss above his head when de Kock was 56.

Then, in the penultimate over, he couldnt grab an ankle-high edge off Joe Denly.

Three dropped catches by Stokes – a real collectors item. He was a mixture of furious and bewildered.