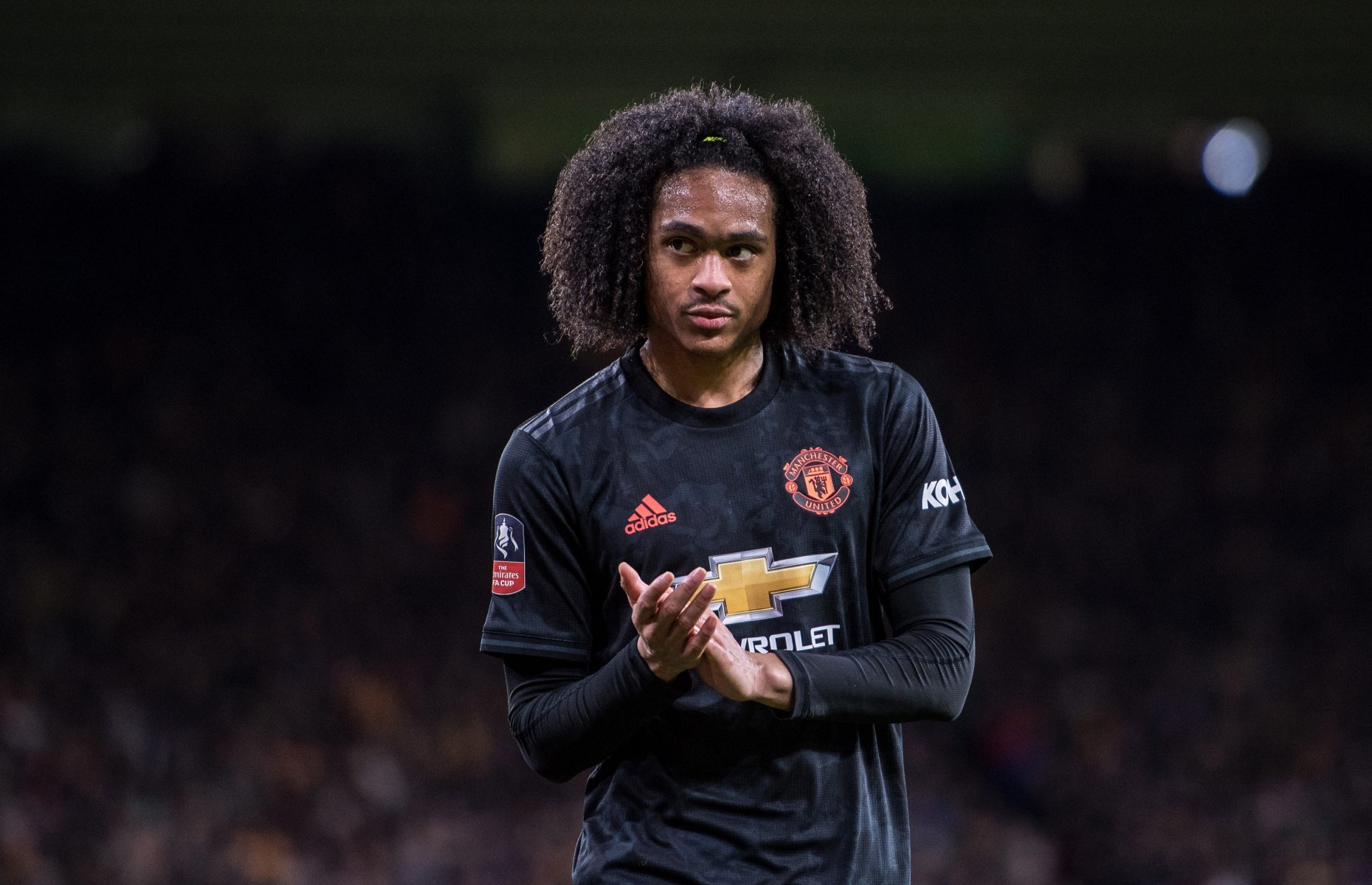 MANCHESTER UNITED want to include Tahith Chong in the deal to secure Bruno Fernandes this month, it has been claimed.

Sporting midfielder Bruno Fernandes has been a top target for Ole Gunnar Solskjaer and it has now been reported Chong may be used as a way to close the deal with the Portuguese side.

Tahith Chong is being used in a deal to secure Bruno Fernandes this month.

Ole Gunnar Solskjaer is so keen to sign Fernandes, he is offering one of his young potentials in with the deal.

Despite being highly regarded at United, Chong, 20, has less than six months left on his contract and his future at the club has not been confirmed.

With much speculation surrounding the youngster’s future, he has been linked to both Inter Milan and Juventus.

Chong’s agent Erkan Alkan was recently pictured meeting with representatives of the two Serie A clubs, who were reportedly offering a 35,000-a-week deal.

However, it’s now emerged he could be involved in the Fernandes transfer deal instead.

Old Trafford management are eager to finalise the Fernandes deal and reportedly believe offering Chong could be a way of ensuring the midfielder’s move to the Premier League.

It is said Sporting are asking for an initial payment of 60million with the added bonus of a United player on loan.

For that reason, United have included Chong in a swap deal for their top transfer target.

Given Chong’s impressive start to his professional career, which included being named Player of the Year in United’s reserve team in May 2018 and showing great promise for the first team, Sporting are understood to be more than happy to accept the winger.

United hope the upgraded offer can help cement the deal over the weekend, once Fernandes has played in the Lisbon Derby.

However, journalist Rui Pedro Braz has made it clear that the likelihood of Chong moving to Sporting is slim, with plenty of other clubs interested in him.

After being be offered 35,000-a-week and a mega signing on bonus to join Juventus and Inter Milan’s manager voicing an interest, the ace might ruin Manchester United’s plan.

Ole Gunnar Solskjaer and Tahith Chong might not be so pally after being added in as a freebie.