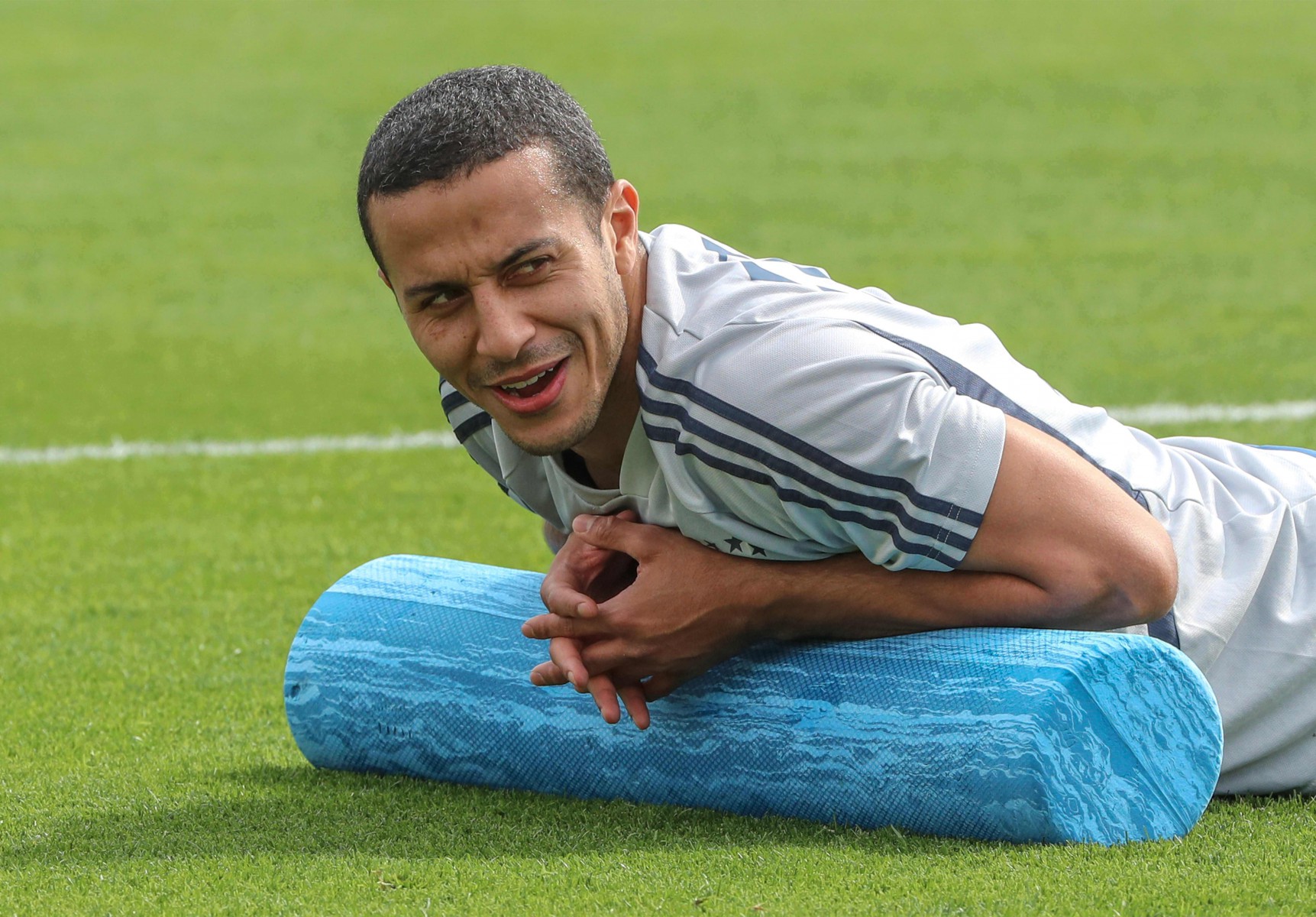 MANCHESTER UNITED are on red alert following the revelation that long-term target Thiago Alcantara may be up for grabs, according to reports.

The Bayern Munich midfielder could be one of five names heading for the Allianz exit door as the club plot a major shakeup on and off the field.

Alcantara has been on United’s radar for years with David Moyes pursuing his signature when he took over from Sir Alex Ferguson in 2013.

The 28-year-old has just 18 months left on his contract and talks to extend his deal have hit an impasse.

Alcantara has remained an important player in midfield this season with 11 league starts but Joshua Kimmich and Leon Goretzka are seen by many as ready to carry the workload in midfield.

The crocked Frenchman is braced to leave Old Trafford at the end of the campaign.

Alcantara joined Bayern in 2013 having progressed through the youth ranks at Barcelona and has won the league title in every campaign since his switch.

Bayern are ready to rebuild their side in the summer as they sit four points adrift of top place RB Leipzig.

Philippe Coutinho is one of the names on the list of potential big-name Bayern exits as the club weigh up making his loan move a permanent one for 102m.

Ivan Perisic is another that is on loan at Bayern this season – but unlike Coutinho, there is no way that the Croatian winger will be at the Allianz Arena next season.

Javi Martinez and defender Jerome Boateng are just two other names who could leave sooner rather than later.