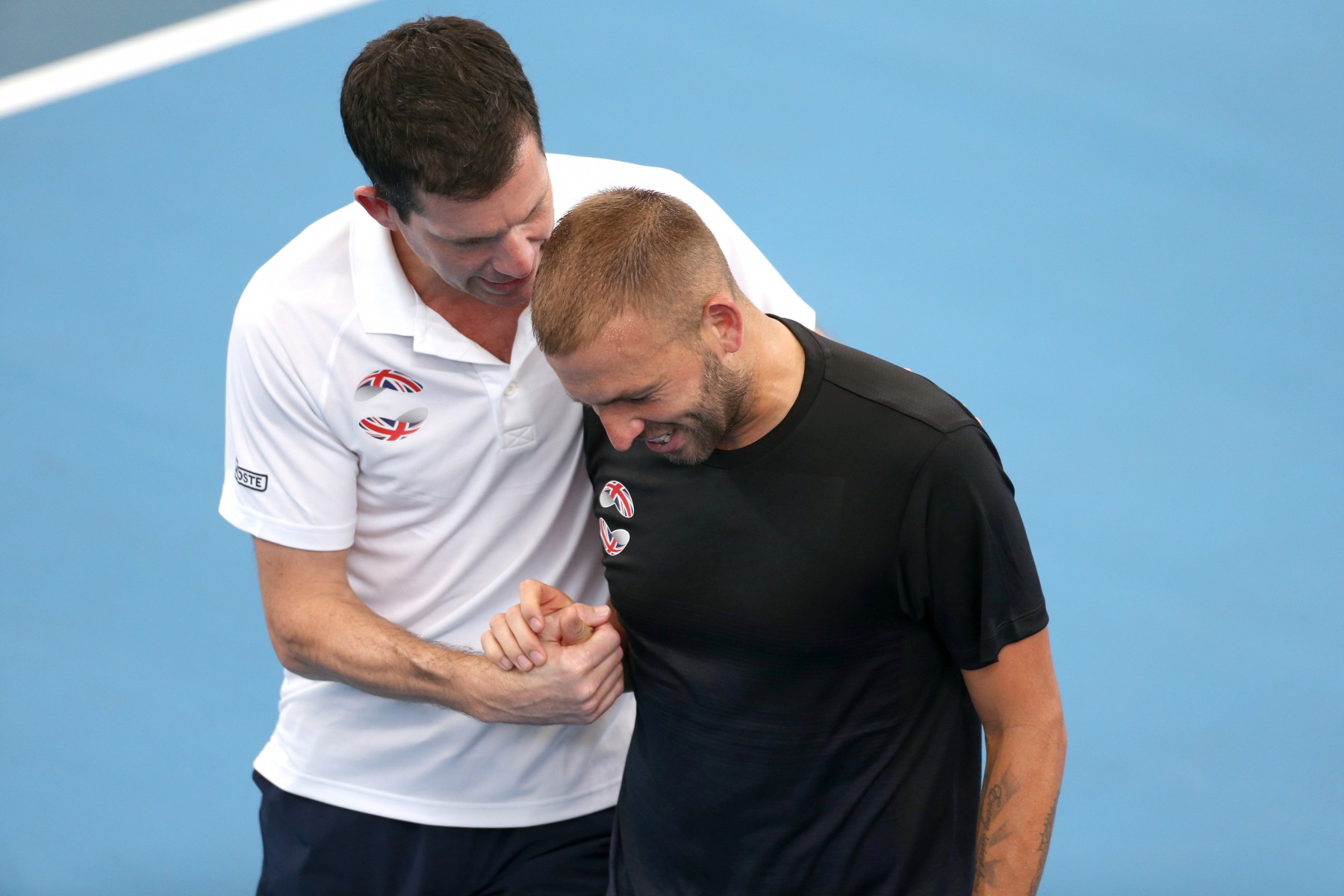 DAN EVANS laughed off Tim Henmans fat jibe by saying: I might not have a six-pack but Im in decent shape!

After the ATP Cup ended in quarter-final defeat this month, GB skipper Henman claimed: Evo could miss a few meals.

Evans was 2019s most improved player and rose from 1,195th in the world rankings to 33rd spot within 20 months.

The Birmingham star said: I obviously asked him about it. Its difficult to be a rake like him. Not a muscle on him.

Personally, Im in decent shape. Tim finds it pretty hard to give a compliment, I tell you that.

Did it hurt me? No. Ive been called worse than fat. I cant help how I look. I think Im in pretty good shape and its just, aesthetically, I guess how I am.

I dont have a six-pack, I know that. It basically topped the week off that I ended up getting abused in the end. Its all good fun.

Evans says he benefited from Henmans captaincy and that the support from the former world No4 pushed him during the team event in Sydney.

The 29-year-old returned to the circuit in April 2018 after serving a one-year cocaine ban.

British No1 Evans tried going vegan after the US Open but found it difficult to sustain that diet and quit just before Christmas.

Ahead of tomorrows first-round clash with American Mackenzie McDonald, he said: Ive never had any complaints from the people I work with that I eat badly.

I dont mind a fizzy drink thats probably not ideal and obviously I dont mind alcohol from time to time.

But that isnt the reason these comments have come about. Tim thinks I could lose a few kilogrammes and thats up to him.

I knew this was going to come up. I actually thanked Tim to say at least I had a heads-up.

KYLE EDMUND reckons a spot of foul-mouthed Argy-bargy will revive his career after the Brit slumped to world No69 after a poor 2019 season.

But he has now hooked up in the US with Argentine coach Franco Davin and it is going fantastico.

Edmund, 25, who faces Serbian Dusan Lajovic in tomorrows first round at the Australian Open, said: Im enjoying working with him.

“Its a different dynamic and a different culture. Ive never worked with a South American before.

I dont speak Spanish. I am not really learning much Spanish but I am learning some bad words unfortunately which he says occasionally.

After the year Ive had, Im keen to have a better one and he is there to help me do that.

I like his demeanour, temperament, how he delivers his messages. He has experience and is a calming influence, doesnt get too up and down.