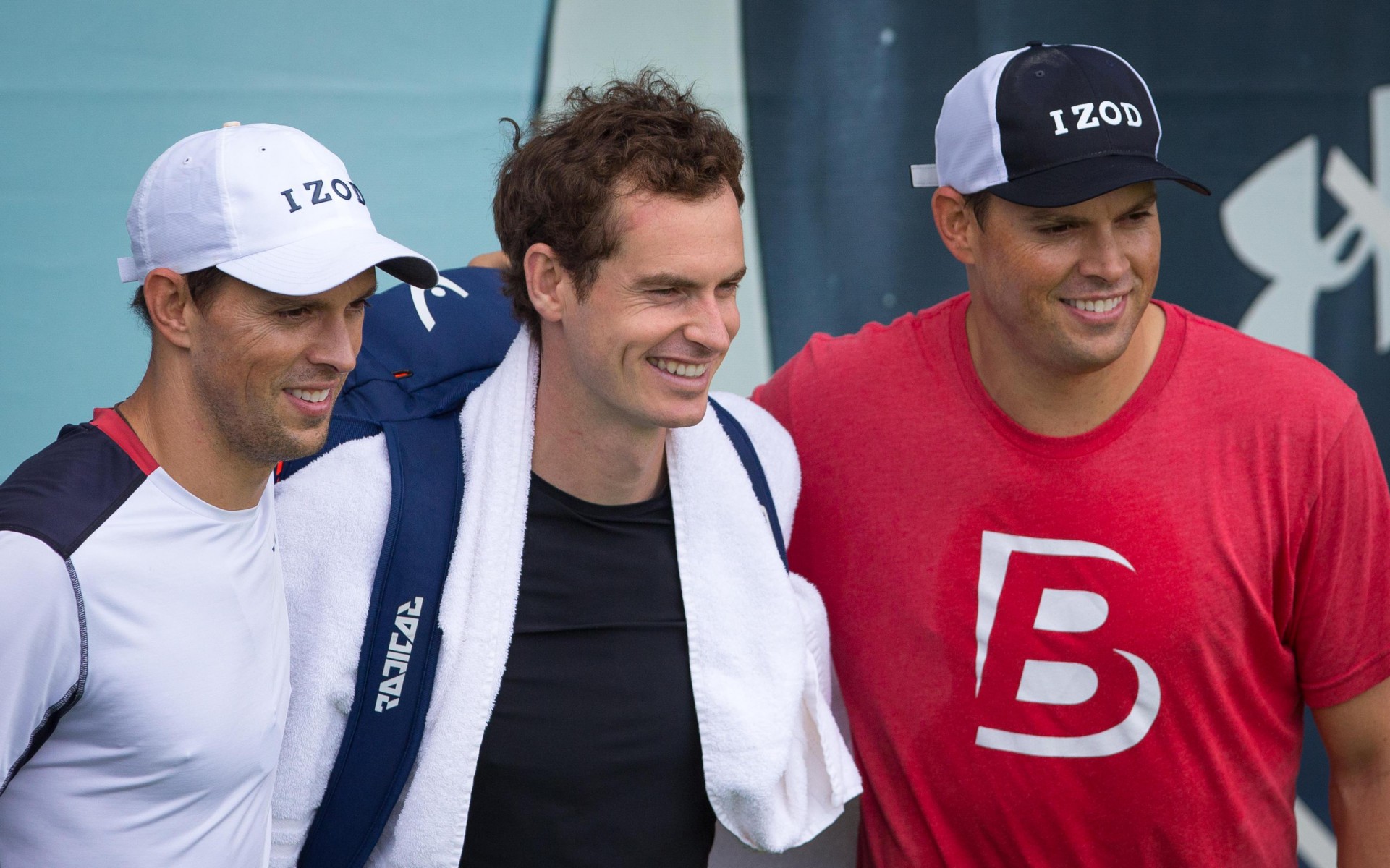 MAD MAN Andy Murray has been told he should risk everything to win trophies again.

Muzza, 32, underwent metal hip implant surgery a year ago but his 2020 season has been delayed by a pelvic injury sustained last November.

Bryan spoke with Murray last week and he knows the crazy Scot has the will-power to be competitive at the top once again.

The American said: If anyone saw his documentary, youll know how crazy he is with the work.

I expect to see him playing for many more years and winning. I guess there is a small chance that the implant would fail.

But I think he has built up the muscle around it and really its protecting the joint very well with the strength in the muscle.

Hes going to be fine but there is kind of a gamble a fluke accident could happen.

Thats the risk we take to travel the world and do the job we love so much. There is a small chance it could fail but its worth the risk.

Murray did win the European Open in Antwerp last October his first singles title since the op but remains a frustrated figure at home in London.

The former world No1 last week withdrew from events in Montpellier and Rotterdam and cannot give a specific timetable for his latest comeback.

Before the op, Murray was in constant pain, unable to tie his shoelaces or walk the dog without grimacing in pain.

Bryan will continue to support his pal in his final season on the circuit alongside twin Mike after 16 doubles majors together.

Bryan said: All Andys numbers are off the charts. He has tested his speed and strength. And hes right back where he was when he was No1, which is incredible.

Hes got some question marks over this recent injury. He hopes to be back as soon as he can. But hes still working on it.
Im very hopeful for him, the surgery is great.

Unfortunately I had the surgery when I was 40, going into 41. He has had it 10 years before me. I think he has got a lot of years left.

Im feeling great on the practice court and the matches have felt great as well.

There is no pain at all in the surgical hip. I have talked to him and he feels the same way. It is really a miracle.

We saw him winning Antwerp, it was amazing and the documentary was really cool, I was crying a little bit in it, seeing what he is going through. Im a big Andy Murray fan.

Obviously there are a few question marks about how long this injury is going to take to recover.

He doesnt know and he is doing everything he can, as he always does, to get back. Id expect to see him back before too long, the indoor season.

He just wants to be extra careful because he knows he has got a lot of years ahead and he doesnt want to screw it up right after surgery.

I dont think he has to play an extremely light schedule. He can play a normal schedule.

He is now 32 everyone is playing longer. He does everything right and all the best advice, the best doctors.

So there is no reason he cant bounce back and have some more good runs. Andy has got a tremendous amount of fight hes not giving up and I expect to see him playing again in a few weeks and making a run.

Check out all of todays matches and odds at Betway Sports.