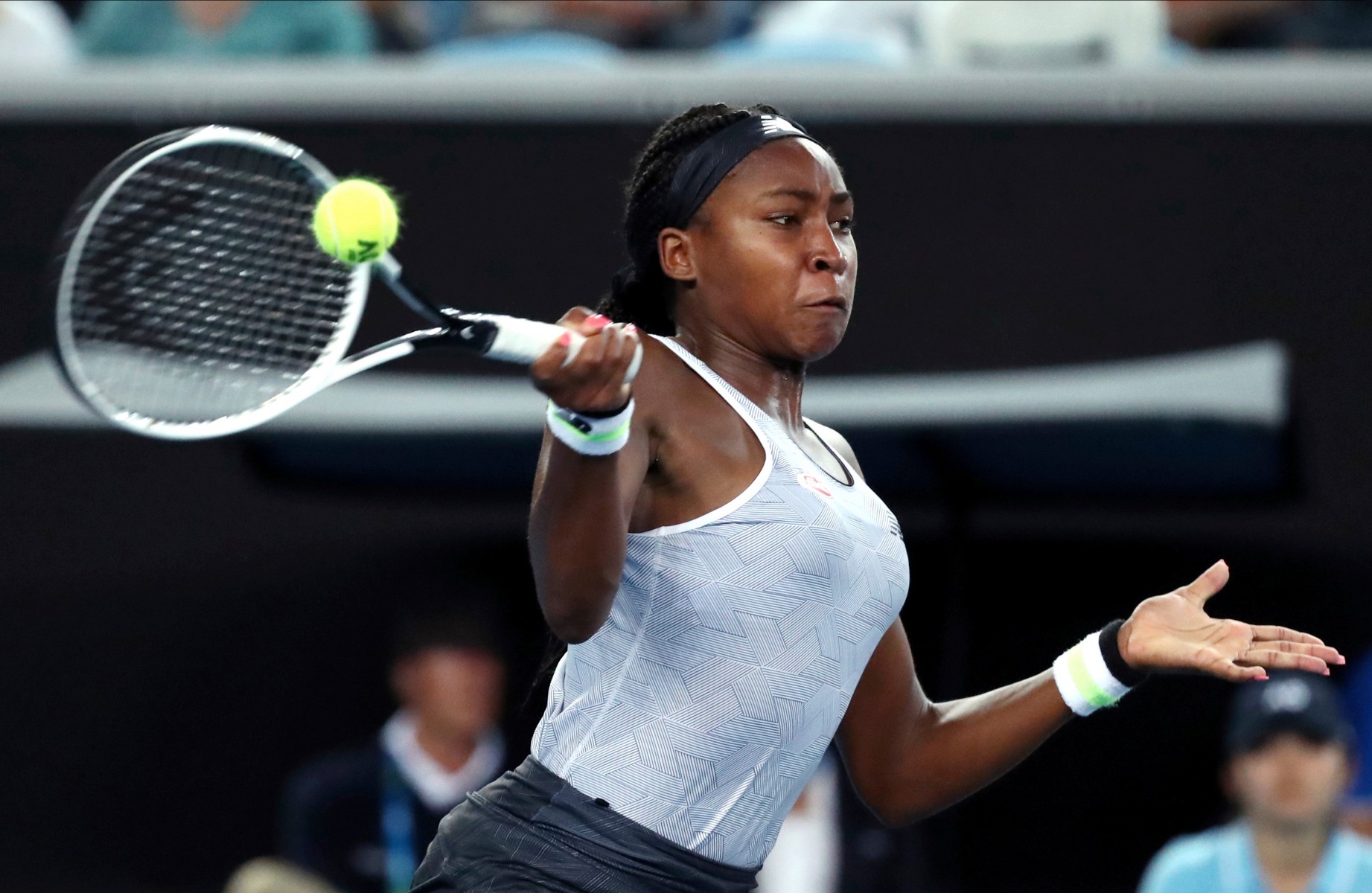 COCO GAUFF shocked tennis once again as she beat the legendary Venus Williams in the first round of the Australian Open.

The 15-year-old American sensation once again beat the seven-time Grand Slam champion, this time 7-6 6-3 in Melbourne.

She cannot legally drink, smoke, vote, get married, have a baby or even fight for her country.

But what Gauff can do and which she does with some aplomb is send some of the most respected tennis stars in the world into submission and screaming for the exit doors.

Proving her Wimbledon victory over Venus Williams was no fluke, the teen sensation repeated the same trick here at the Australian Open on her debut appearance.

At SW19 last summer, Gauff became an overnight international star when she beat the elder Williams sister 6-4 6-4 in the first round.

And once again she eliminated the 39-year-old from a tennis major, her victory sending the veteran American closer to retirement.

Its easy to forget that she is only a baby in tennis terms, especially when she plays with such confidence, swagger and efficiency, as if she has been on that court for decades.

This represents her SIXTH win at major level and she is still two months shy of her 16th birthday.

She won the opening set tie-break and it never looked in doubt in the second set on Margaret Court Arena.

It is assumed she might hang up her racket at the end of this year.

Results and performances like this will hardly encourage her to keep playing.

And Gauff said afterwards: I want to say thank you guys so much. You were chanting my name. I only thought that would happen at the US Open.

For you guys to do that for me at the Australian Open means a lot.

It was really difficult. She played really well and I mean I was really nervous for this match. I was shocked like everybody else when they saw the draw come out.

I am glad I was able to get through it. I feel great. I like this court and this crowd.

Check out all of todays matches and odds at Betway Sports.