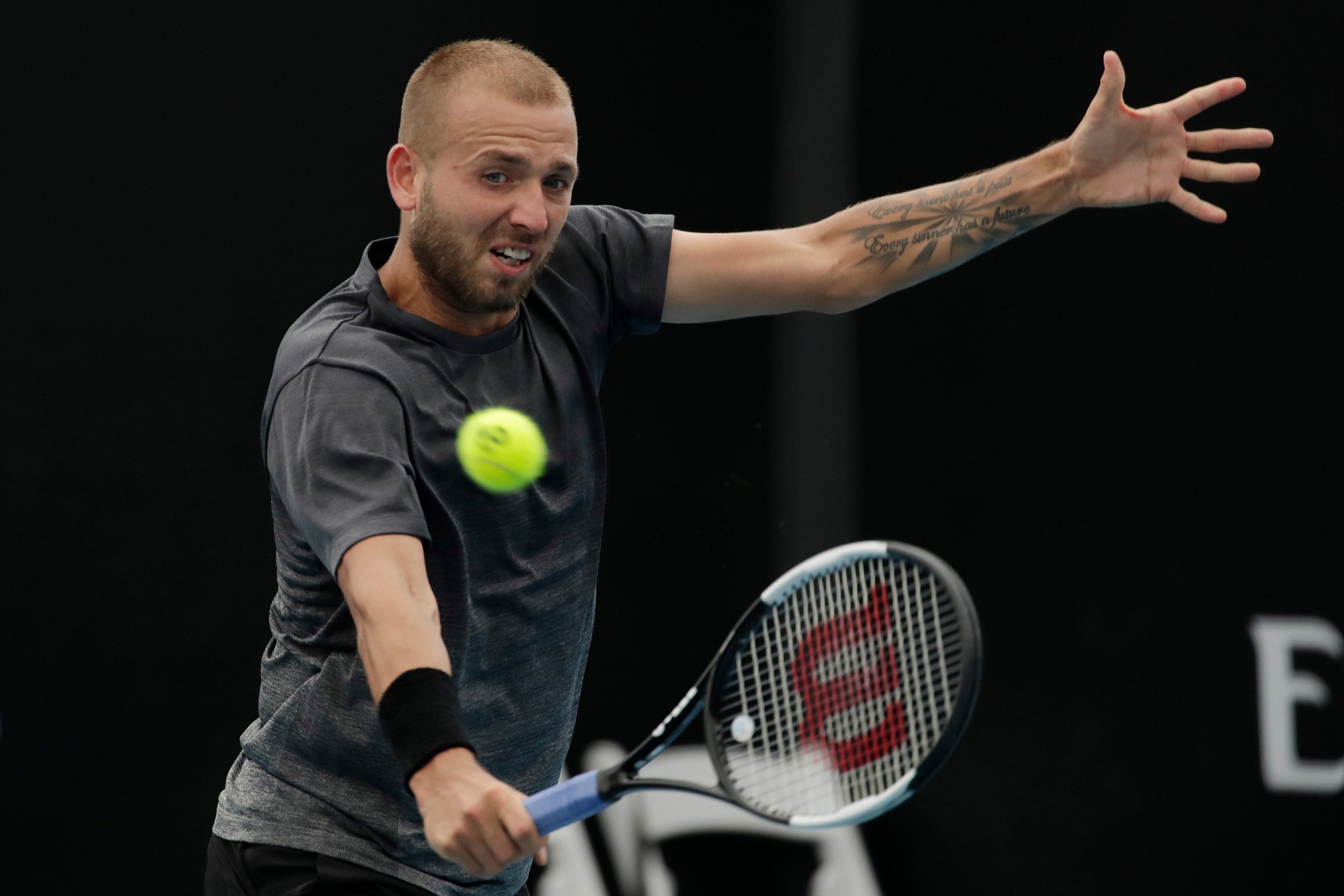 On the eve of the Australian Open, GB tennis icon Tim Henman claimed Evans should lose some weight and miss a few meals.

Evans, 29, laughed off that fat jibe, saying he simply loves his food, and remarked he is in decent shape without having a OTT six pack.

But its fair to say he has not lost any hunger for tennis as he survived an almighty first-round scare.

For the first time in his career, the Birmingham star won despite falling 2-0 down in sets, beating American Mackenzie McDonald 3-6 4-6 6-1 6-2 6-3 in Melbourne.

It was also the first time he had won a five-setter at major level not bad for his first match as a seed.

In celebration, Evans patted his stomach in jest to the doubters and he said: It was just a bit of a joke to the guys in the corner.

Im in good shape theres no question about that.

Ive got strong legs and a good set of lungs. Everyone can be in better shape that is just normal isnt it.

But Im still trying to improve on and off the court.

After this tournament, maybe we can take this conversation into a room and see if he has a point or not. But we will see.

I cant do anything about it now. Its the middle of the tournament so we will see.

Most of the time when youre two sets down youre in trouble. I just hung in.

It wasnt that physical a match. It was more mental hanging in there. Im just relieved to have come through.

It would have been a poor end to a good trip to have lost first round.

The No.30 seed, who was ranked 189th this time 12 months ago, showed visible nerves as he surrendered the opening two set to the unknown US college kid.

Understandably frustrated, Evans smashed a ball out of Court 14 to fall 5-1 down and then he ranted: Get hold of it. Relax a bit. Settle down. F****** do something.

There were few more examples of foul-mouthed words, and he also ranted towards his players box and at a security guy who dared to move during the match.

It is remarkable then, especially given how atrocious he was serving, that he managed to keep his composure and emerge successfully from unfamiliar territory.

Playing on a lowly outside court by the tram tracks, Evans dominated the next three sets and eventually won in three hours and 21 minutes.

Evans, who has yet to secure a shirt sponsor, added: I was frustrated I wasnt playing my game.

I was impatient at the start and trying to come in too early, building no pressure on him.

I was basically playing on the railtrack so no different to not being a seed!

People say Im the British No.1 but I go back to the hotel at night feeling exactly the same.

We all know who the British No.1 is and it is Andy Murray so theres no title for me.

Hes the best player even at the minute when he is injured. That is how it will be.

For all Tennis odds and betting, head to Betway Sports.