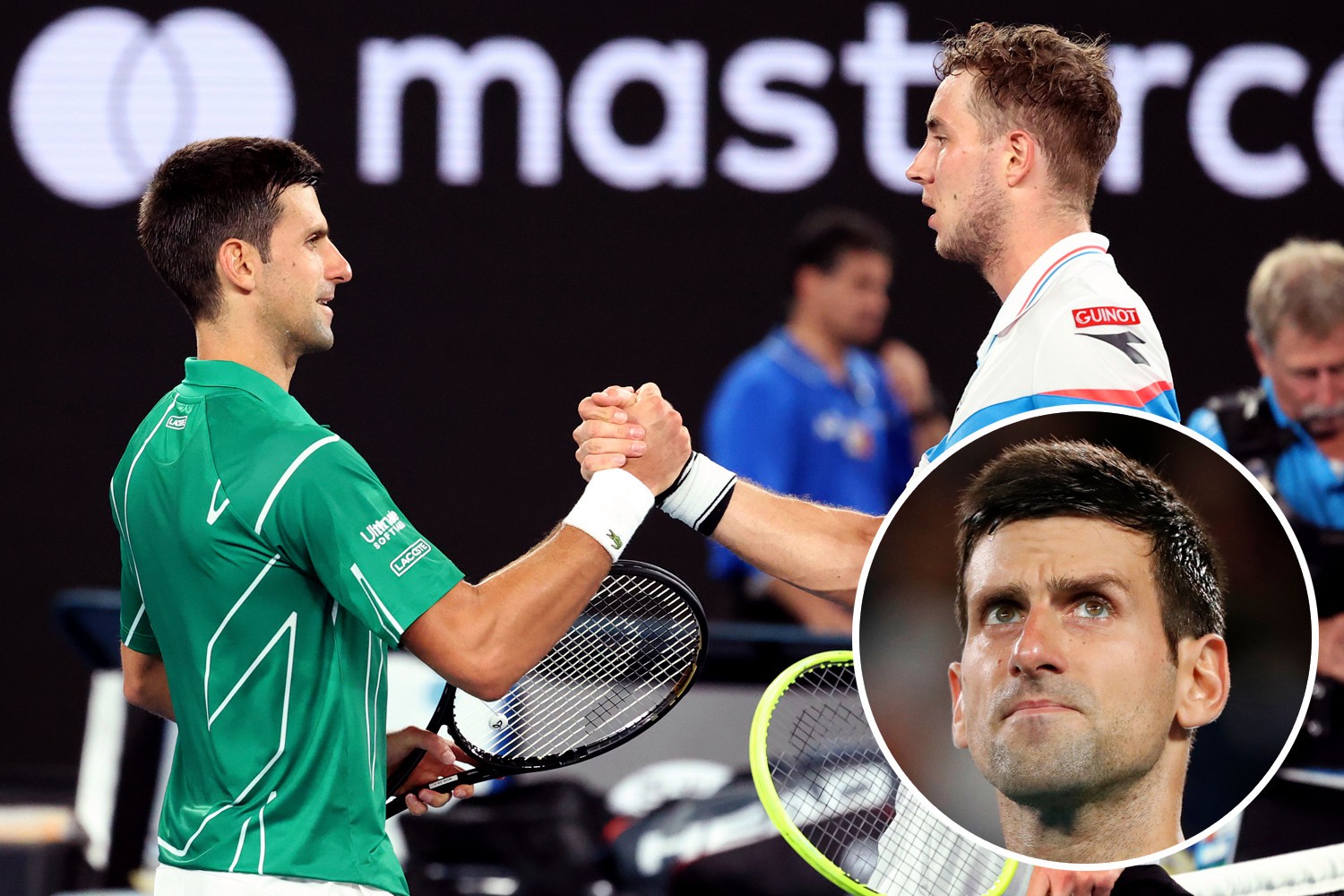 NOVAK DJOKOVIC has vowed to cut out the trick shots during his Aussie Open campaign.

The Serb attempted an unnecessary tweener a spectacular between-the-legs shot in his 7-6 6-2 2-6 6-1 victory over Jan-Lennard Struff from Germany in round one.

Its a favoured shot of playmaker Nick Kyrgios but the world No.2s form dipped monetarily after trying the shot.

And he says he plans to can the party tricks moving forward.

Djokovic, who is chasing an eighth singles title, said: Nick does it better than me, thats for sure.

“I will probably not try that anymore this tournament!

Its a New Year resolution of mine to enjoy more.

In my position Im expected to win most of my matches, theres a lot of pressure, a lot of different emotions involved.

I definitely try to remind myself to stay present and really enjoy.

World No.6 Stefanos Tsitsipas gave a tennis lesson to Italian Salvatore Caruso as he won 6-0 6-2 6-3.

No.8 seed Matteo Berrettini from Italy progressed with a 6-3 6-1 6-3 victory over Aussie wildcard Andrew Harris.

Canadian Denis Shapovalov received a code violation for pounding his racket to the ground as he was beaten 6-3 6-7 6-1 7-6 by Hungarian Marton Fucsovics.