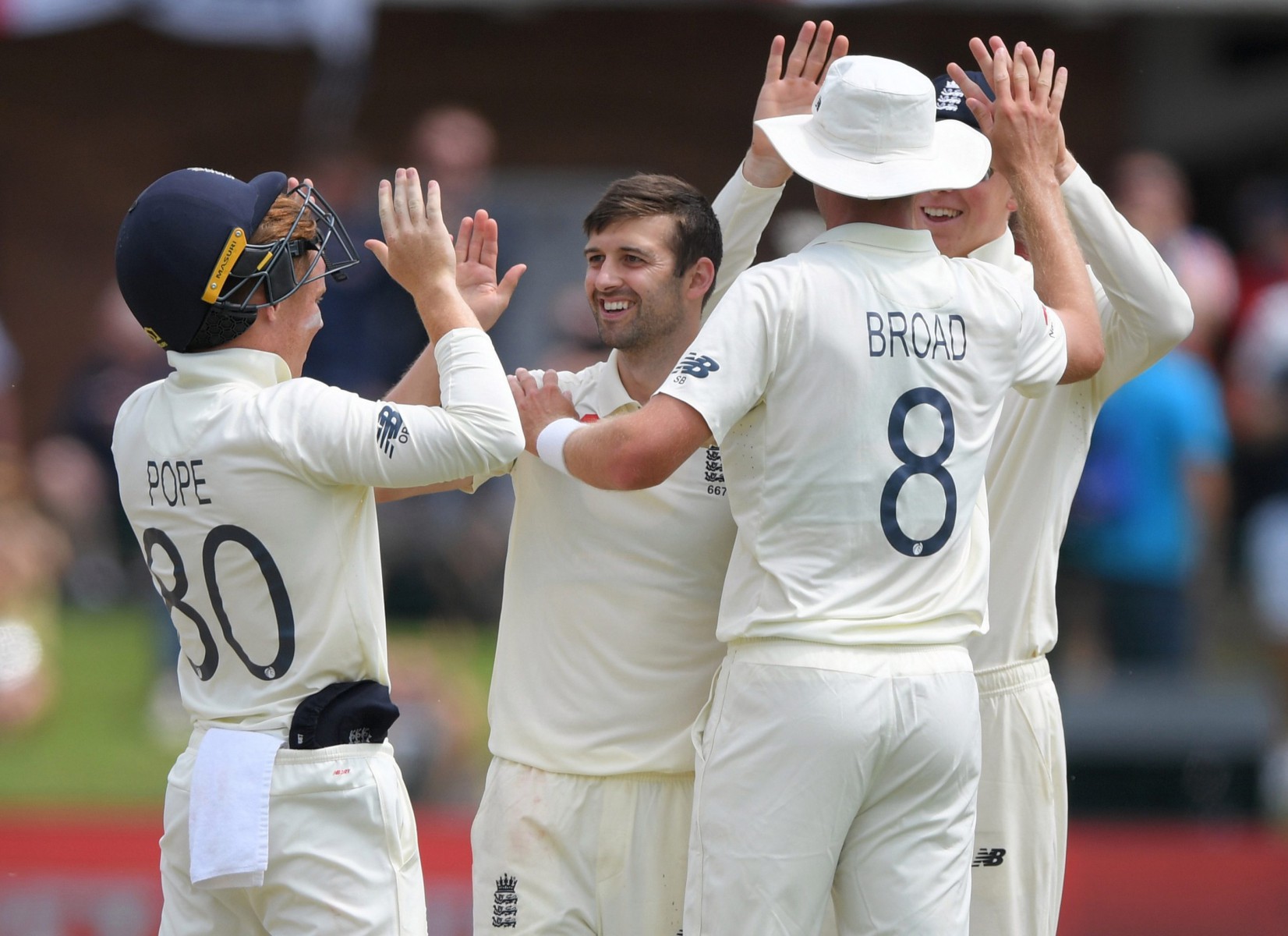 ENGLAND duly wrapped up a crushing win in the Third Test – but not before an astonishing last-wicket stand of 99 runs by South Africa.

And one over from Joe Root went for a scarcely-believable 28 runs.

Any worries that rain might disrupt their celebrations evaporated as Stuart Broad, Mark Wood, Dom Bess and a run out accounted for the final four South African wickets.

Roots team now hold an unbeatable 2-1 lead with just one match to play, beginning at the famous Wanderers ground in Johannesburg on Friday.

England were mainly superb in this match but the Proteas produced a miserable, spineless performance and speculation mounts over the future of captain Faf du Plessis.

The final margin of victory was an innings and 53 runs – Englands first innings victory away from home since Sydney in January 2011.

But there was some later entertainment as Keshav Maharaj and Kane Paterson plundered a string of unlikely boundaries and took the total from 138-9 to 237 all out.

It never threatened to alter the result but at least provided some fun for the crowd although, by the end, Englands players no longer saw the joke.

The game ended when Maharaj attempted a single to bring up the century partnership and Sam Curran threw down the stumps from mid-on.

Roots desire to complete a five-for – urged on by his team-mates – saw him bowling from one end for the first 75 minutes.

He removed himself from the attack only when 28 runs came from a single over.

Maharaj struck him for 4, 4, 4, 6 and 6 and the final delivery went for four byes. It is the joint most expensive over in Test history but only 24 of the runs were added to Roots analysis because extras dont count against bowler.

Root went from bowling like Graeme Swann the previous day to Jemima Puddle-Duck.

South Africa were already six down overnight and Broad took a wicket with the third ball of day five.

Vernon Philander defended but the ball flew via his bat and pad and Ollie Pope dived forward at short mid-wicket and held his sixth catch of the match.

He became only the second England player (after Frank Woolley in 1912) to score a century and hold six catches in the same Test.

Pope is also the tenth England non-wicketkeeper to take six catches in a Test. Ben Stokes was the ninth in Englands win in Cape Town in the previous match.

Kagiso Rabada was dropped by Dom Sibley at second slip off Root and then Rabada smacked a six over extra cover.

The fast bowler – banned for the final showdown of the series after his celebration of Roots wicket on day one took him over the points limit – chipped Woods first ball of the day straight into Broads hands at mid-on.

Then Anrich Nortje went back instead of forward to Bess fourth delivery of the day and was bowled.

Maharaj and Paterson then swung their bats gleefully. But England will be delighted with their series lead – and especially of the contribution of emerging players such as Sibley, Pope and Bess.