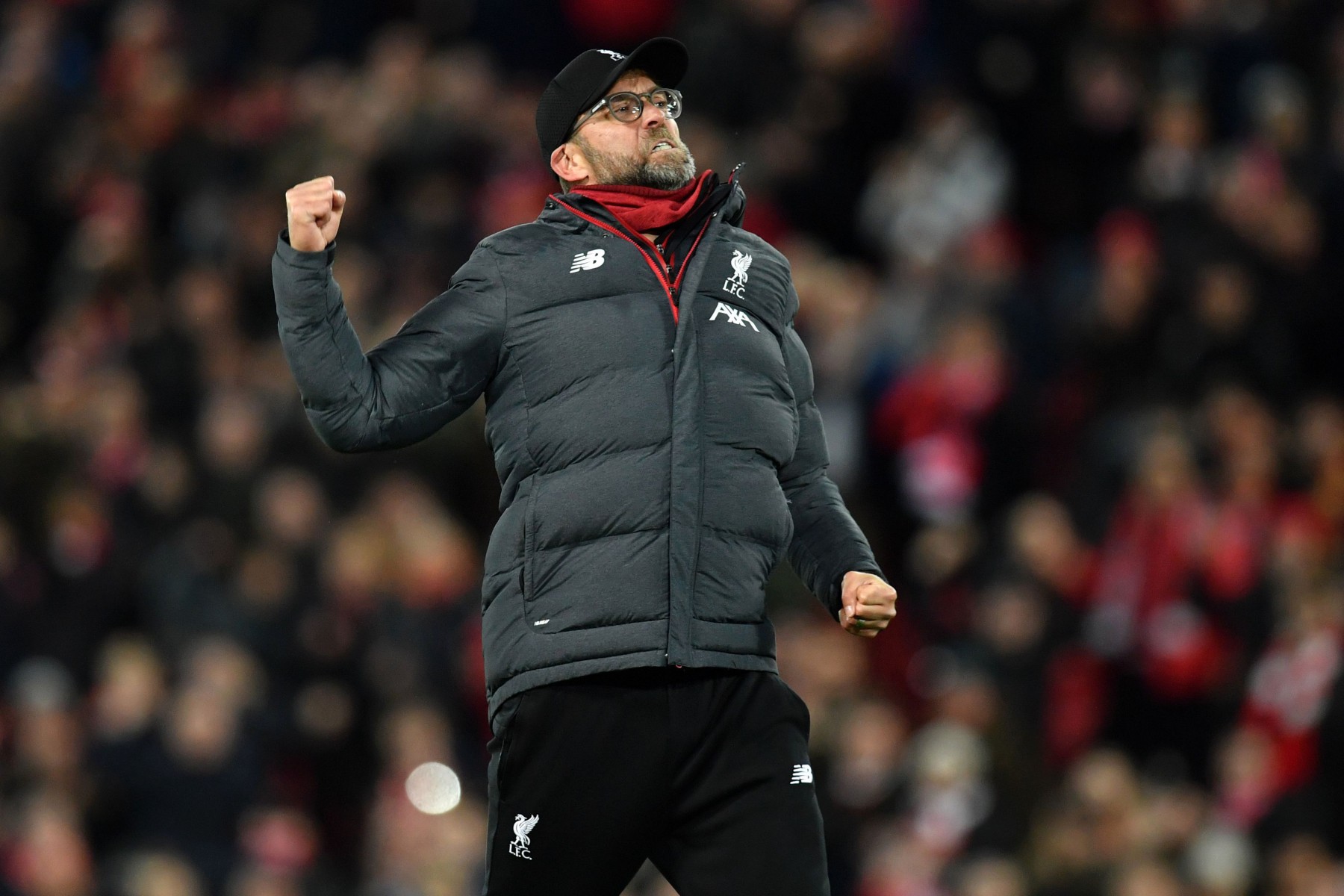 JURGEN KLOPPS record-breaking Liverpool team are yet to prove themselves the best in England right now – let alone the greatest of all time.

Reds fans have waited 30 years for their club to be crowned English champions again and will take nothing for granted until captain Jordan Henderson is lifting the trophy.

And even if – when – the drought ends at last, the suggestion that Klopps men may be the finest side in the history of the club or the competition will remain highly controversial.

Not least among those who played in the great Liverpool teams of the past.

In the case of Kop legend turned Sky pundit Graeme Souness, you can picture the blend of disbelief and fury settling menacingly on his face.

Bob Paisleys 1976-7 vintage won the league and the European Cup. They were denied a Sir Alex Ferguson-style Treble only by a Manchester United side who lifted the FA Cup thanks to Jimmy Greenhoffs bizarre winner, one of the flukiest goals in any final.

Or what about 1983-4, when Joe Fagan pulled off a hat-trick of sorts as the Reds were crowned domestic and continental champions again, with a fourth League Cup in a row for good measure?

Greatness is in the eye of the beholder, of course. Some fans believe the Liverpool side of 1987-8, which won the title by a street but missed out on a second Double in three seasons by losing the FA Cup Final to Wimbledons Crazy Gang, played the best football in the clubs history.

Like Klopps men, Kenny Dalglishs team enjoyed an incredible start to the season, setting a then-record of 29 games unbeaten.

And the combination of John Barnes, Peter Beardsley, John Aldridge and Ray Houghton was a joy to watch, most memorably in the 5-0 drubbing of Nottingham Forest at Anfield in April 1988.

No less an authority than England legend Tom Finney said of that performance: It was the finest exhibition Ive seen the whole time Ive played and watched the game.

You couldnt see it bettered anywhere, not even in Brazil. The moves they put together were fantastic.

So for Klopps current crop, theres plenty to live up to in the Anfield annals alone.

And in terms of being the best team of the Premier League era from any club…well, people have very short memories, dont they?

Fergusons United won the proper Treble of Premier League, Champions League and FA Cup in 1999, the only team to achieve that feat in the history of English football.

And last year Manchester City did not just hold off the unprecedented challenge of Liverpool, who finished second in the league despite amassing 97 points.

Pep Guardiolas team also became the first to complete a clean sweep of domestic trophies, something not even the dominant United and Liverpool teams of the past ever managed.
Of course, Guardiolas own assessment, that Klopps Liverpool are the best team he has faced as a manager, has to be respected.

Yet even with Jose Mourinho joining in the chorus of Liverpool are the best team in the world, Klopp himself is refusing to get carried away.

Liverpools win against Mourinhos Spurs last weekend made it 20 victories from 21 games this season, the best start ever in any of Europes five biggest leagues.

But statistical records matter little right now to Klopp, who said: The moment when we have enough points that we cannot be caught, let us talk about them, but I couldnt care less and not interested right now.

Its trophies that count, especially at a club with Liverpools rich tradition of success.

But only if they do it without losing a game, like Arsenals Invincibles, would Klopp and his men have a real claim to being the greatest Liverpool and English club side of all time.
And even then, there would be plenty of room for debate.

Just ask Souness. If you dare.